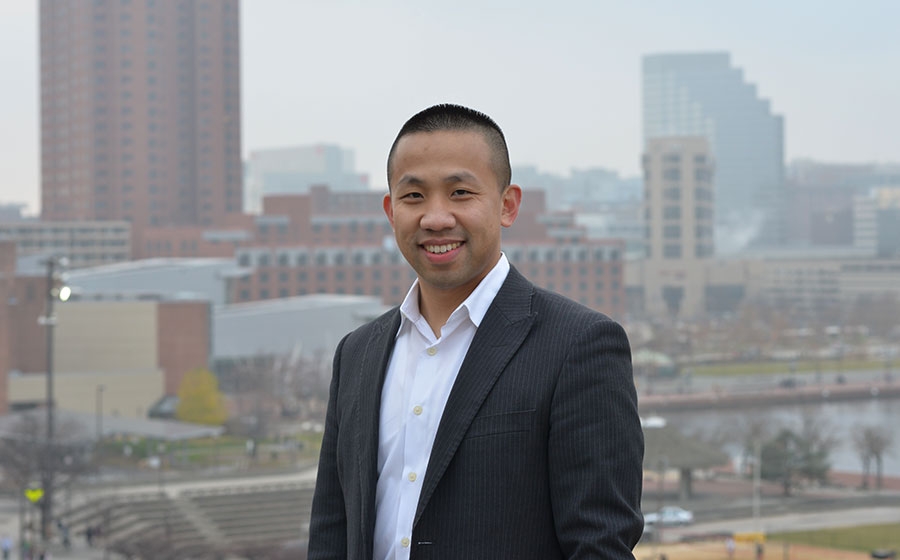 Clarence Lam, MD, MPH serves on faculty and as the program director of the preventive medicine residency program at the Johns

Hopkins Bloomberg School of Public Health. Lam is a Phi Beta Kappa graduate of Case Western Reserve University where he completed his Bachelor of Arts in political science and biology. He earned his medical degree from the University of Maryland and his Master of Public Health from Johns Hopkins University. He completed his residency training at Johns Hopkins, where he also served as chief resident, and is board-certified in preventive medicine.

In November 2014, Clarence Lam was elected to serve as a state delegate representing District 12, which includes both Howard and Baltimore Counties, in the Maryland General Assembly, where he currently serves on the House Environment and Transportation Committee. He is one of only four physician-legislators currently in the Maryland General Assembly.

While in medical school, Lam was elected as the student-body president of the University of Maryland, Baltimore, and he interned on the health affairs staff of the Committee on Oversight and Government Reform of the U.S. House of Representatives where he assisted oversight investigations on drug safety policy. He also served as a biodefense analyst at the Center for Biosecurity of the University of Pittsburgh Medical Center and authored several publications on public health preparedness. From 2009-2014, he served on the legislative staff of Delegate Dan Morhaim, MD in the Maryland General Assembly.

Clarence Lam is involved in many community organizations and serves on several non-profit boards of directors, including Healthy Howard, Unified Community Connections (formerly the United Cerebral Palsy of Central Maryland), and as board chair of the Community Action Council of Howard County, which manages the county’s food bank, Head Start program, and provides for energy and housing assistance to residents in need. He was a past appointee to the Governor’s Commission for Asian Pacific American Affairs and to Howard County’s Spending Affordability Advisory Committee. 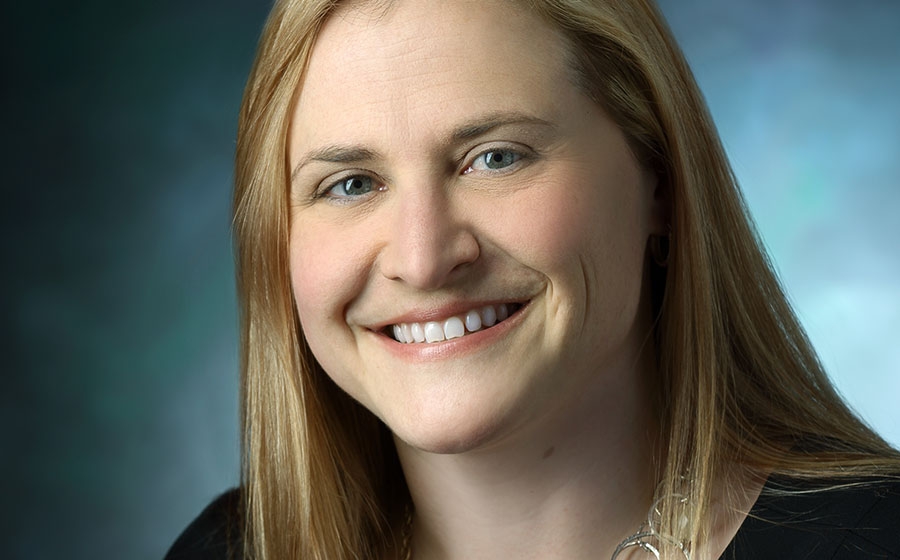 Kimberly Gudzune, MD MPH, FTOS is board-certified in Internal Medicine, a diplomat of the American Board of Obesity Medicine, and a Fellow of The Obesity Society. She received her bachelor’s degree in environmental biology from the University of Colorado. She attended Tulane University in New Orleans, Louisiana, where she received her doctor of medicine and master of public health degrees. She completed her training in internal medicine at the University of Maryland Medical System. After residency, she completed a clinical research fellowship within the Division of General Internal Medicine at the Johns Hopkins University School of Medicine. She joined the faculty of the Johns Hopkins University School of Medicine as an Assistant Professor in 2012. She currently practices as an obesity medicine specialist at the Johns Hopkins Digestive Weight Loss Center.

Gudzune’s research focuses on obesity, specifically how patient obesity influences the healthcare experience, the efficacy of commercial weight-loss programs, and how features of the built and social environment influence diet and exercise habits among low-income urban populations. Her research has won several awards, in addition to being featured by news outlets including The New York Times and National Public Radio. She has been recognized for her outstanding mentoring of trainees with the 2015 Frederick L. Brancati Excellence in Mentoring Award at Johns Hopkins. Gudzune joined the Preventive Medicine Residency in 2018 as Clinical Director.

Elham Hatef, MD, MPH, FACPM is an Assistant Professor in the Division of General Internal Medicine in the Department of Medicine in the Johns Hopkins School of Medicine. She also serves as a core faculty at the Center for Population Health IT (CPHIT) in the Department of Health Policy and Management in the Johns Hopkins Bloomberg School of Public Health (JHSPH) and as the academic director of the Johns Hopkins General Preventive Medicine Residency Program. As the academic director of the General Preventive Medicine Residency Program, she provides training and mentorship to the residents throughout their residency. In collaboration with the program director and other program faculty she designs and evaluates new residency training modules and educational material.

Dr. Hatef earned her medical degree from Tehran University of Medical Sciences, in Tehran, Iran, and her Master in Public Health from JHSPH. She completed a preliminary year in Internal Medicine at Yale-affiliated Griffin Hospital in Connecticut and Preventive Medicine Residency and Chief Residency at JHSPH. She then completed Clinical Informatics Practice Pathway at JHSPH.  Dr. Hatef is board certified in Preventive Medicine-Public Health and Clinical Informatics.

Her main field of interest is population health, social determinants of health, and health information technology. She studies the impact of social determinants of health on health-related outcomes using health IT and Big Data. She is involved in several projects in this area. At CPHIT she has served as the project leader on the development of population health framework and measurements for Maryland, a collaboration with CRISP (Chesapeake Regional Information System for our Patients) supported through the Maryland State Improvement Model and Centers for Medicare and Medicaid Services. She also led the project to incorporate relevant available community/population-level data sources into the Veterans Health Administration's electronic health records. This project aimed to evaluate the health outcomes such as hospitalization rate at the primary care level while addressing social determinants of health. In addition, in collaboration with other faculty at CPHIT, she works on new methods of data mining and natural language processing to address social determinants of health using structured and non-structured electronic health records data and publicly available population-level data such as U.S. Census.

Emilie Biondokin, MD, is the Chief Resident of the General Preventive Medicine Residency Program for the 2021-22 academic year. Emilie is a second-year Preventive Medicine Resident at Johns Hopkins Bloomberg School of Public Health. She trained in Family Medicine at Tufts Cambridge Health Alliance after completing earning her MD at Howard University School of Medicine. Her passion for Preventive Medicine stems from her curiosity to address health care access and provide equitable services to improve the overall health of vulnerable populations. During her residency training, she was involved in Health Equity curricular changes, group visits targeted at addressing chronic conditions through lifestyle changes, and encouraging solidarity in pregnant patients/expecting mothers. Emilie eventually joined Johns Hopkins Preventive Medicine Residency to fulfill her dream of becoming a public health provider. She hopes to gain analytical, management, and community engagement skills to continue working to improve social disparities associated with poor health outcomes In her free time, she enjoys spending time with loved ones, an occasional good fiction novel, and long walks.