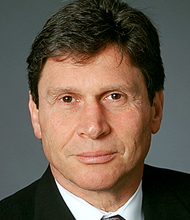 William Flumenbaum is a senior vice president and investment counselor for Capital Guardian Trust Company’s Personal Investment Management division and a vice president of Capital Guardian Trust Company, a Nevada corporation. Prior to joining the firm in 1998, he spent eight years with the University of California, Los Angeles, as executive director of the Jonsson Cancer Center Foundation, and subsequently as director of principal gifts across the campus. Prior to that, he spent two years as an executive director of the Children’s Health Fund in New York City and four years as the director of programs for Helen Keller International. He also spent 10 years in international public health with a Swiss foundation. Mr. Flumenbaum earned a bachelor’s degree in psychology from the University of California, Berkeley, and a master’s degree in educational psychology from the California State University, Hayward. He serves on the boards of directors of the Venice Family Health Clinic, and on the University of California, Los Angeles’ Board of Governors. Additionally, he is a member of the Bloomberg School’s Advisory Committee for the Center for Refugee and Disaster Response and the Board of Public Counsel.