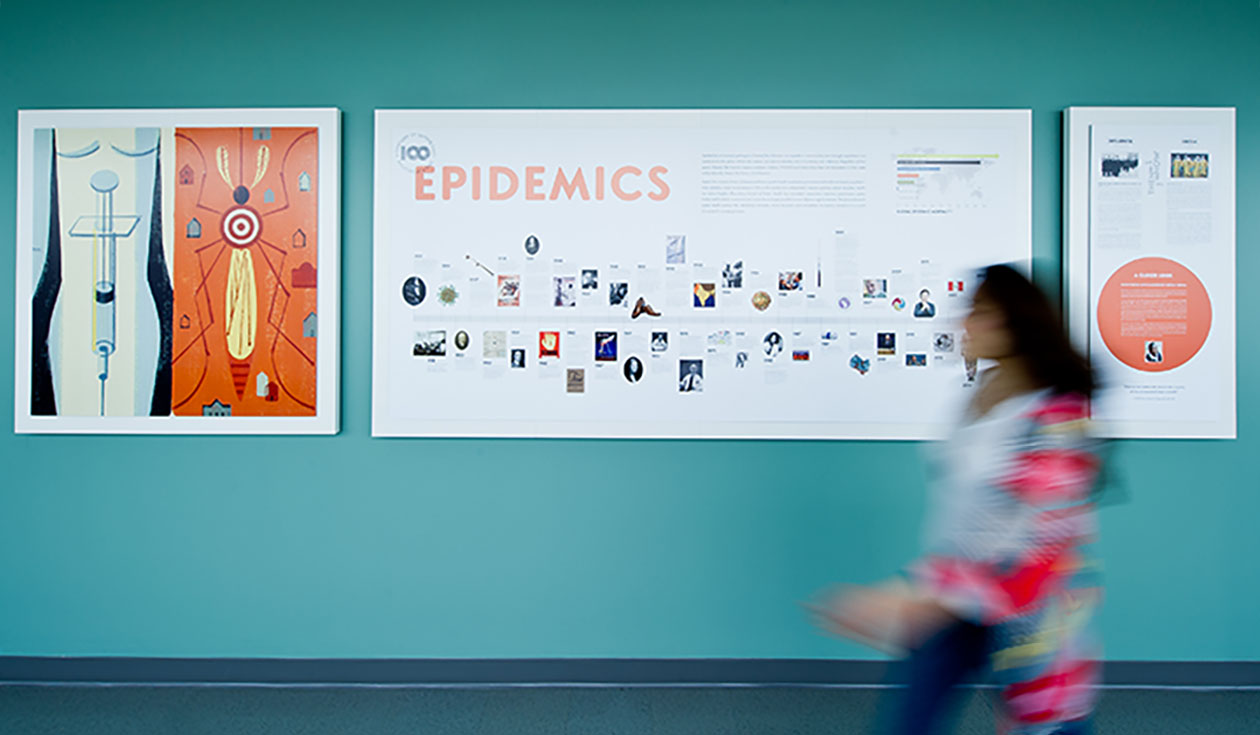 “When we train students who return to their countries, we have an exponential impact on health.”

Sparked by microscopic pathogens, diseases like influenza can explode in communities, tear through populations and sweep across the globe.

Others like malaria can exact a relentless toll on humanity over millennia. Regardless of their speed, diseases like bubonic plague, smallpox, malaria, HIV/AIDS and tuberculosis have left devastation in their wake and profoundly shaped the history of civilizations.

Against the constant threat of disease epidemics, public health emphasizes prevention and evidence-based, population- level solutions. Since its founding in 1916 as the world’s first independent, degree-granting school of public health, the Johns Hopkins Bloomberg School of Public Health has marshaled researchers, teachers, practitioners, policy leaders and students to envision and create the strongest possible human defenses against disease. The future demands public health science that relentlessly innovates, drives discovery and strengthens humanity’s resilience in a world of constantly emerging threats.

WHEN THE JOHNS HOPKINS SCHOOL OF HYGIENE AND PUBLIC HEALTH opened its doors for classes in October 1918, the world was in the midst of one of the deadliest pandemics in human history. The Great Influenza Pandemic, whose spread was exacerbated by troop movements in World War I, ultimately killed at least 50 million people. That strain of H1N1 influenza killed otherwise healthy young adults in a matter of days.

At the time, the School’s first dean, William Henry Welch, was called to serve on the U.S. Army Surgeon General’s staff. As he gathered an elite corps of scientific researchers and physicians to fight influenza, Welch almost died after he became infected while inspecting military hospitals. Also joining the fight was Wade Hampton Frost, founding chair of Epidemiology from 1919 to 1938, who embarked on a massive epidemiological study of the pandemic in 18 U.S. communities. Frost’s research, among the earliest work to be published on the pandemic, provided public health experts with vital insights.

The battle begun by Welch, Frost and others at the School continues today, spearheaded by Andrew Pekosz, co-director of the Johns Hopkins Center of Excellence in Influenza Research and Surveillance. Researchers at the Center—one of five nationwide— are investigating influenza’s constantly changing nature in order to develop strategies to lessen the impact of future pandemics. 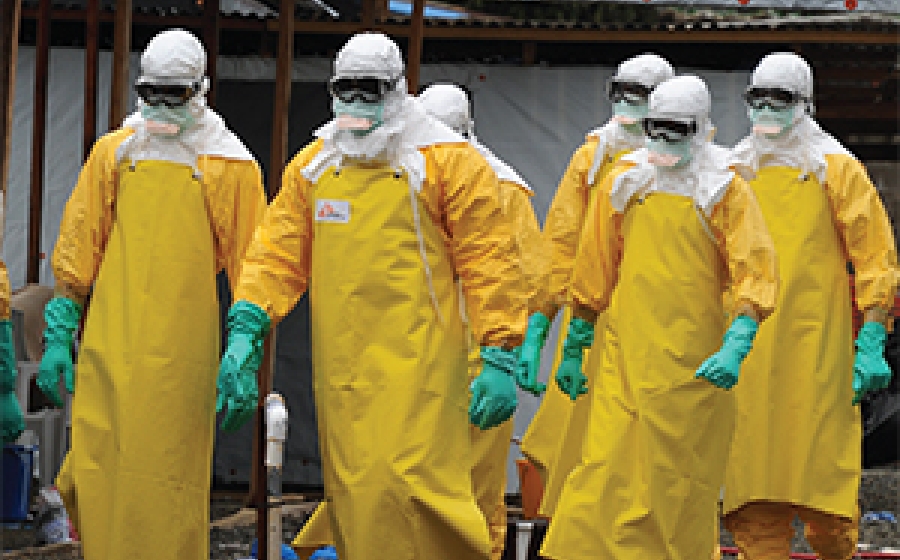 FIRST RECOGNIZED in Sudan and the Democratic Republic of the Congo (Zaire) in 1976, Ebola hemorrhagic fever brings horror to the human body. It begins with a sudden onset of fever, fatigue and headache and can progress quickly to vomiting, bleeding from the eyes and ears, and organ failure. Spread initially by contact with infected animals and then with human bodily fluids, Ebola resurfaced in late 2013 in West Africa and killed close to half of its victims. Because of its shocking symptoms, ease of transmission and high death toll, the disease provoked widespread panic.

The Bloomberg School responded quickly with expert assistance. Working with international, domestic and other Hopkins institutions, the School created training materials for local health workers, connected caregivers with resources, coordinated behavioral interventions and advised UNICEF and health ministries on managing the outbreak and rebuilding health systems. The School’s Center for Communication Programs provided lifesaving, behavior-change messaging for the public. While some School faculty helped train health workers, others would later use advanced computer modeling to document the human cost of the diversion of resources to Ebola from efforts against other deadly diseases like measles. 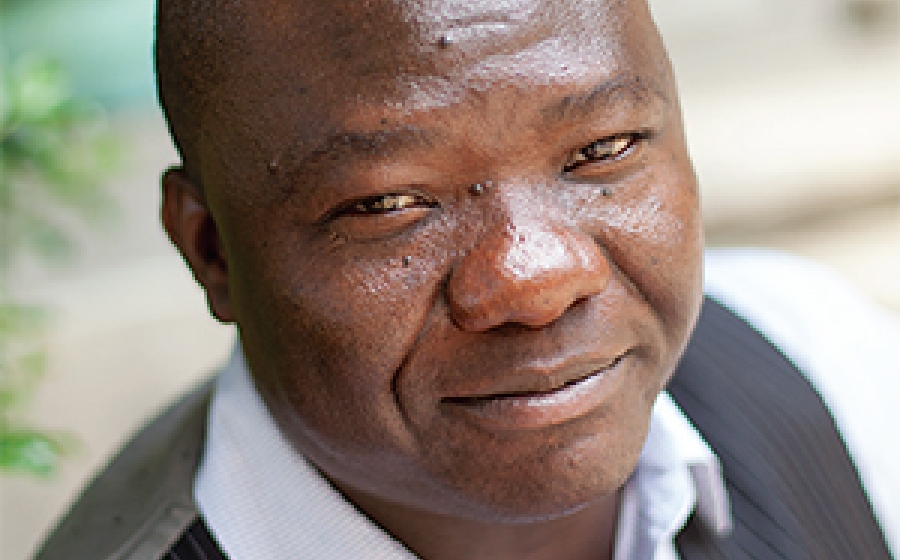 During the worst of the Ebola epidemic in Liberia, bodies lay in the streets. Patients streamed into clinics. Health care workers were unprepared and unprotected. And families continued hands-on preparation of loved ones for burial, hastening the epidemic’s spread.

“It was a catastrophe,” said Tolbert Nyenswah, LLB, MPH ’12, Liberia’s deputy minister of Health and Social Welfare, who was appointed to direct the country’s response to a terrifying and unprecedented outbreak. Faced with the challenge of a lifetime, he worked with international health agencies to coordinate Liberia’s response. He enlisted fellow citizens and multinational resources to increase treatment units and laboratories, mobilize communities, isolate the sick, track their contacts and add burial teams to remove contagious corpses. Because misinformation was a major barrier to bringing the disease under control, he led a communications campaign to ease fears and promote behavior change.

“We had to work very hard to engage the affected communities, to educate them and gain their trust as we scaled up our response,” Nyenswah said. “That took time and patience.” He instituted nationwide training for the health care workforce and smoothed logistics to get supplies to health facilities. After methodically tracing Ebola patient contacts and isolating each of them for 21 days, Nyenswah and his colleagues began to see the disease abate.