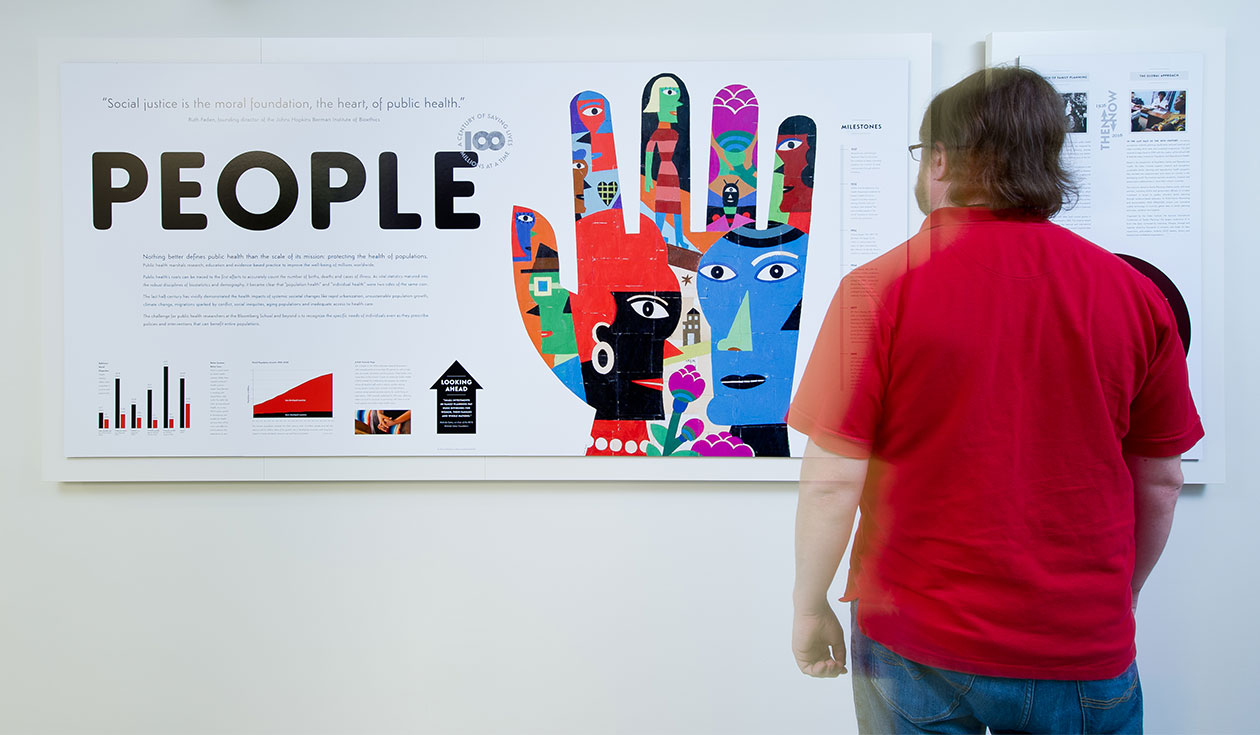 “We are all brothers and sisters—Apaches, Navajos, Mexicans, blacks, whites—we’re all the same. We all bleed the same blood...We’re all one.”

Nothing better defines public health than the scale of its mission: protecting the health of populations.

Public health's roots can be traced to the first efforts to accurately count the number of births, deaths and cases of illness. As vital statistics matured into the robust disciplines of biostatitics and demography, it became clear that "population health" and "individual health" were two sides of the same coin.

The challenge for public health researchers at the Bloomberg School and beyond is to recognize the specific needs of individuals even as they prescribe policies and interventions that can benefit entire populations. 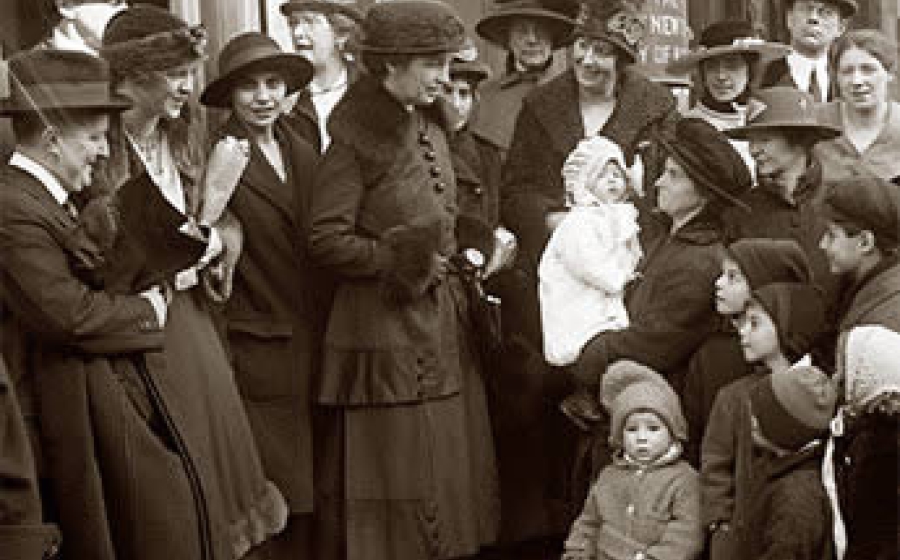 Then: The Birth of Family Planning

IN THE MID-1920s, Johns Hopkins medical and public health faculty sought to help women whose health was impaired by frequent childbearing. Inspired by family planning pioneer Margaret Sanger’s efforts, they joined with Baltimore civic leaders to organize the Bureau for Contraceptive Advice, one of the first family planning clinics in the country. Within the first year, 86 physicians had referred 168 patients to the Bureau. Some patients were referred because of existing diseases, such as tuberculosis, while others had had multiple pregnancies that had resulted in anemia and other debilitating conditions.

In its first five years, the clinic helped more than 1,150 women—95 percent of whom had been fitted with diaphragms. About half the patients reported having had one or multiple abortions, which were illegal then—and risky. Half had borne more than 5 children, and some more than 20. After five years, 45 percent of the women had avoided pregnancy—a marked improvement over the patients’ own previous attempts at birth control, which had only a 15 percent success rate.

The Baltimore effort merged with other birth control groups in the U.S. to form Planned Parenthood in 1942. The initiative helped set an important precedent for the national and international movement that would dramatically transform women’s opportunities to plan and control their reproductive lives. 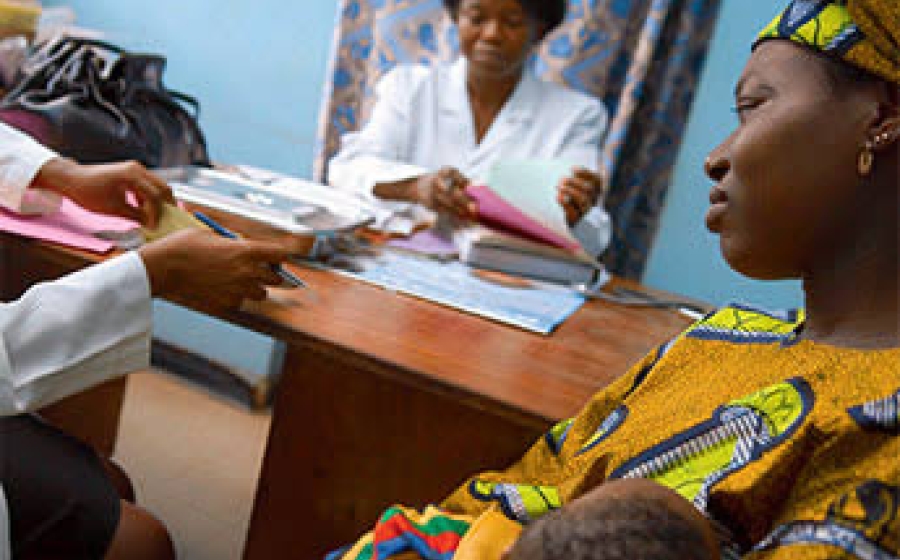 IN THE LAST HALF OF THE 20TH CENTURY, the widespread acceptance of family planning by individuals and countries significantly reduced maternal and infant mortality, birth rates— including adolescent birth rates—and unwanted pregnancies. The field received a significant boost in 1999 with the creation of the School’s Bill & Melinda Gates Institute for Population and Reproductive Health. The Gates Institute arose from faculty successes in reducing teen pregnancy and demonstrating that low- and middle-income nations could control population growth.

The Gates Institute supports research and strengthens programs in family planning and reproductive health. Its influence can be traced through education and training with academic partners, national leaders and young scholars. The Institute has ongoing collaborations with universities in Egypt, Ethiopia, Ghana, Malawi, Nigeria and Uganda. By working with these universities, it is helping develop leaders in country and increase institutional capacities.

Organized by the Gates Institute, the biannual International Conference on Family Planning—the largest conference of its kind—has been co-hosted by Indonesia, Uganda, Senegal and Ethiopia, attracting thousands of researchers, policymakers, students and NGO leaders. The Institute’s Advance Family Planning initiative works with locally based partners, including NGOs and government officials, to increase investment in access to high-quality, voluntary family planning through evidence-based advocacy. 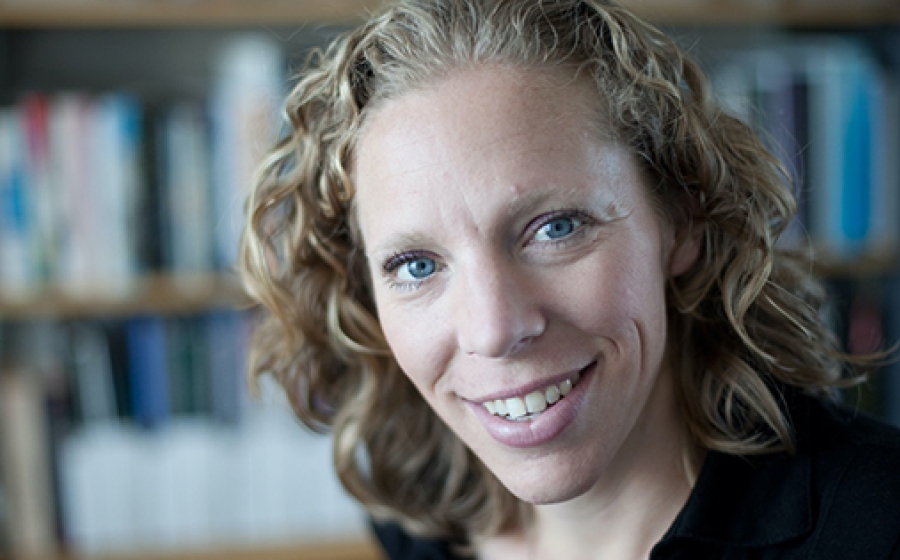 The World's Most Vulnerable

The School’s Center for Refugee and Disaster Response (CRDR) works to improve the lives of people displaced by conflicts and disasters by training leaders, conducting research and promoting best practices in preparedness and recovery. Its expertise extends to medical crises such as West Africa’s Ebola outbreak and to the needs of populations disrupted by typhoons and other natural disasters. For more than 20 years, CRDR faculty have taught the Health Emergencies in Large Populations (HELP) course, providing humanitarian workers intensive training in public health principles and disaster epidemiology so they can most effectively manage health crises in emergency settings.