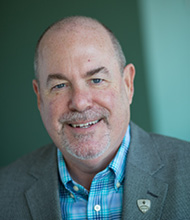 As president of the world’s leading non-profit publisher in the field of chemistry and its allied sciences, Dr. Crawford holds general management responsibility for both the Society’s portfolio of 50 peer-reviewed journals, and the magazine publishing operations of the Society’s industry-leading news periodical, Chemical & Engineering News. He oversees all editorial, digital strategy, new product development and production staff based in ACS offices located in Washington, D.C. and Columbus, Ohio, as well as marketing and sales operations located throughout the US and abroad. Experienced in subscription journal, book, and new media publishing, Dr. Crawford has more than 30 years of experience in the STM information industry, with both not-for-profit professional society and commercial publishers. Until recently, he served on the Board of Directors of the Association of American Publishers (AAP), which he chaired from 2014-15. He was previously the President of the American Medical Publishers Association (AMPA) and a member and chair of the Executive Council of the Professional and Scholarly Publishing Division of the Association of American Publishers (PSP/AAP). Dr. Crawford currently represents the professional publishing community as an elected member of the Executive Board of the international STM Association, completing a second 3-year term in 2016. Since 2015, he also has served on the Scientific Publishing Committee of the American Heart Association (AHA).

Before joining the ACS in 2004, Dr. Crawford was previously Vice President and STM Publishing Director within the Scientific, Technical, and Medical (STM) publishing operations of US-headquartered John Wiley & Sons, Inc. (JW.a), a global, independent publisher founded in 1807.  During a 15-year career at Wiley, he served in a series of publishing and executive roles, and most notably was responsible for the strategic development and overall management of Wiley’s global Life and Medical Sciences publishing business. Prior to Wiley, he was Vice President and Editor with Alan R. Liss, Inc., a privately-held book and journal publishing firm that merged with Wiley to become the wholly-owned Wiley-Liss, Inc. subsidiary. Dr. Crawford began his publishing career in 1985 as an Acquisitions Editor within the Journals Publishing Division of Academic Press, Inc. (at that time a part of Harcourt Brace Jovanovich; now a part of Reed-Elsevier), where he gained recognition for the conception, development, and initial publication in 1987 of Genomics, the first peer-reviewed journal devoted to the eponymous field of scientific study that emerged in parallel with that publication.

Prior to entering scientific publishing, Dr. Crawford was active in both scientific research and university teaching. He had the distinction of being the first biologist to be appointed as a J. Robert Oppenheimer Fellow of the Los Alamos National Laboratory, where he was a member of the scientific research staff within the Genetics Group of the Life Sciences Division from 1981-1984, and joined in early DOE-sponsored efforts that subsequently led to the international initiative to map and sequence the human genome. Dr. Crawford completed his doctoral studies in the biochemical and biophysical sciences at the Johns Hopkins University School of Public Health in 1982, where he specialized in cellular and molecular aspects of cancer genetics under sponsorship from the National Cancer Institute, having received earlier his B.S. Cum Laude with High Honors in Chemistry from the University of Maryland at College Park in 1976.

A proud grandfather of four young granddaughters and one grandson, Dr. Crawford and his wife Lili divide their time between the VA/MD/DC metropolitan area and their home in the countryside near Charlottesville, Virginia.