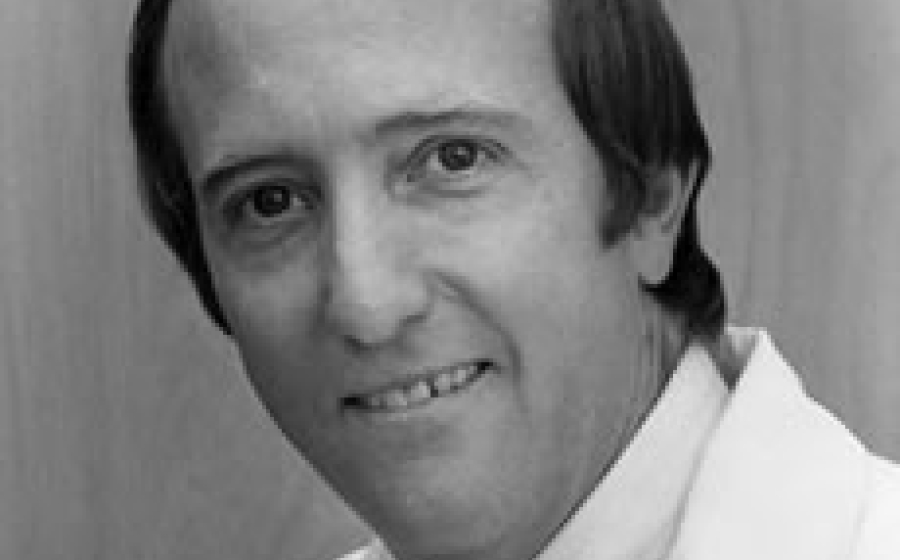 Since 1983, the Johns Hopkins schools of public health, medicine and nursing have received $170 million for AIDS research, the largest amount given to any U.S. academic health center. The Hopkins position as an international leader in AIDS research is due in large part to the creative genius and persistence of B. Frank Polk.

A native of Texas, Dr. Polk graduated from Baylor College of Medicine. He was intent on practicing cardiology, but an infectious disease fellowship fueled his interest in public health and epidemiology. As a result, he cared for one of Boston's first AIDS patients while teaching and practicing medicine at Harvard.

By the time he arrived at Hopkins, Dr. Polk had recognized the disease's profound public health threat, and decided to turn from investigating perinatal epidemiology and to focus on AIDS.

Before the virus that causes AIDS was even identified, he devised a study to follow the natural history of the disease among gay and bisexual men. The National Institute of Allergy and Infectious Diseases selected Dr. Polk's project as part of the Multicenter AIDS Cohort Study, which today follows nearly 5,000 men in four U.S. cities.

In the mid-1980's, Dr. Polk began AIDS studies focused on heterosexual transmission, blood transfusions, prison inmates, intravenous drug users and pregnant women. He also was involved in studies based in Africa. He was an outspoken advocate for public AIDS education and a champion of patient rights. Dr. Polk established Hopkins Hospital's AIDS outpatient clinic in 1984, and helped initiate the inpatient unit, which was the third in the country when it opened in 1986.

When he died in 1988 at 46 from complications of a brain tumor, Dr. Polk had achieved international recognition for his AIDS expertise. In 1989, the newly expanded inpatient unit at Hopkins was named for him.