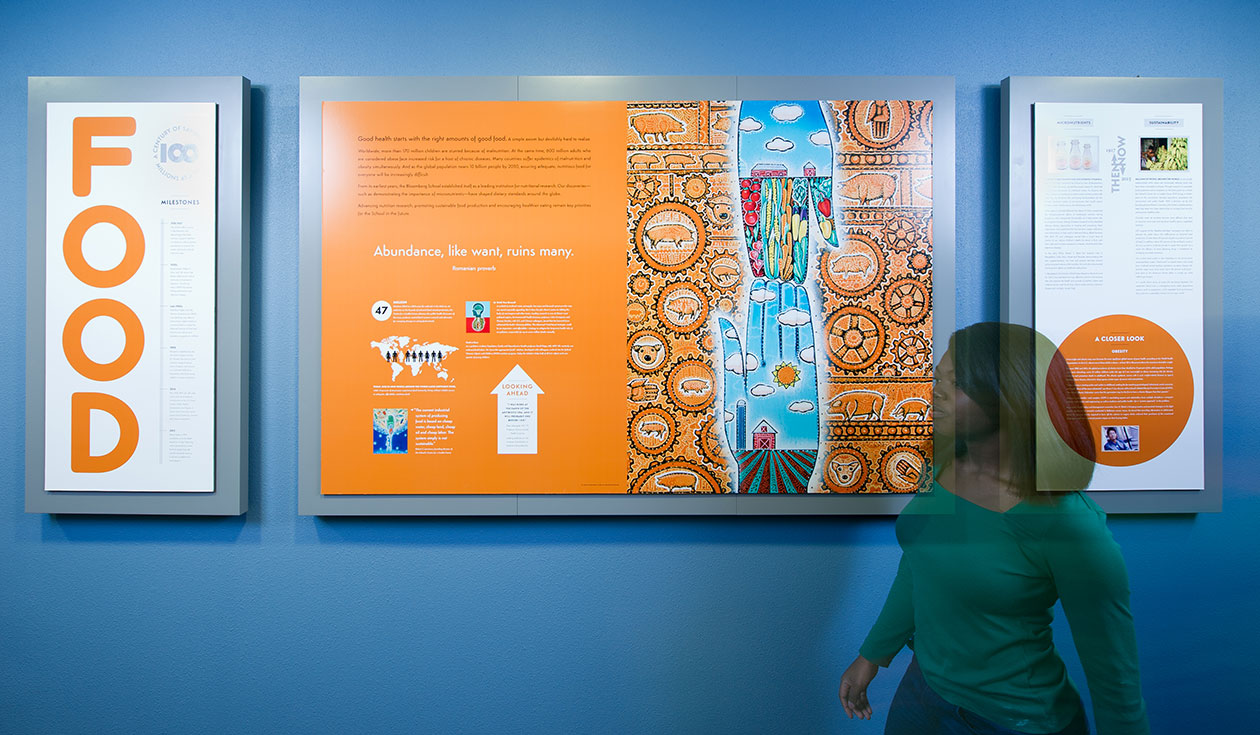 Worldwide, more than 170 million children are stunted because of malnutrition. At the same time, 600 million adults who are considered obese face increased risk for a host of chronic diseases. Many countries suffer epidemics of malnutrition and obesity simultaneously. And as the global population nears 10 billion people by 2050, assuring adequate, nutritious food for everyone will be increasingly difficult.

From it's earliest years, the Bloomberg School established itself as a leading institution for nutritional research. Our discoveries - such as demonstrating the importance of micronutrients - have shaped dietary standards around the globe. 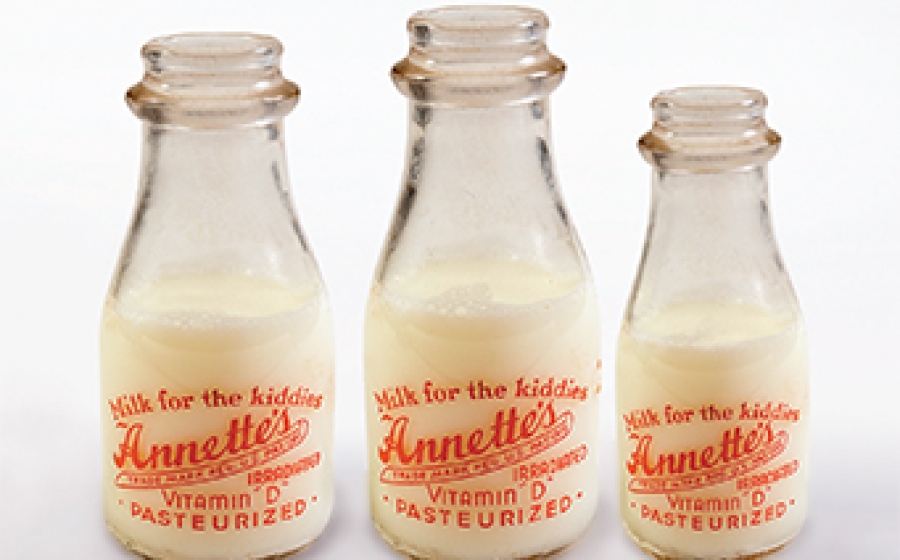 ALREADY WIDELY KNOWN FOR DISCOVERING VITAMIN A, Elmer V. McCollum arrived at the School as chair of Biochemistry in 1917. Within five years, he had discovered vitamin D, which led to the virtual elimination of childhood rickets. He became the nation’s preeminent authority on vitamins and nutrients, profoundly improving the American diet and laying the foundation for the School’s landmark studies of micronutrients that would reduce blindness and mortality across the developing world.

Other giants in the field followed him. Bacon F. Chow researched the transgenerational effects of inadequate nutrition during pregnancy and championed the benefits of a high-protein diet for pregnant women. George Graham’s research in Peru identified effective dietary approaches to treating and preventing infant malnutrition and established the link between copper deficiency and malnutrition. In their work in Asia and Africa, Alfred Sommer, MD, MHS ’73, and colleagues proved that a 4-cent dose of vitamin A can reduce children’s deaths by about a third, save their sight and increase resistance to measles, diarrhea and other infectious diseases.

In Bangladesh, the School’s JiVitA Project (based on the local word for “alive”) has identified low-cost, effective nutrition interventions that can improve the health and survival of mothers, infants and children across rural South Asia, where undernutrition, infectious disease and mortality remain high. 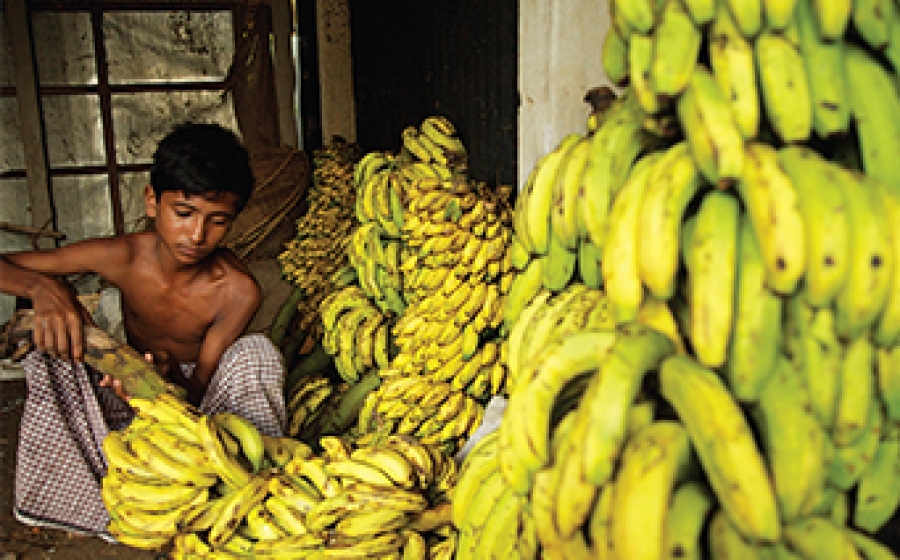 MILLIONS OF PEOPLE AROUND THE WORLD are chronically malnourished while others eat nutritionally deficient foods that leave them vulnerable to disease. Through research in sustainable food production and an emphasis on the food system as a whole, the School’s Center for a Livable Future (CLF) brings a holistic focus to the connections between agriculture, population, the environment and public health.With a direction set by CLF founding director Robert S. Lawrence, the Center’s multidisciplinary team digs deep into these relationships to increase food security and promote healthier diets.

CLF’s support of the “Meatless Mondays” campaign is an effort to educate the public about the inefficiencies of industrial meat production. (It takes about 20 pounds of grain to produce 1 pound of beef.) In addition, about 80 percent of the antibiotics used in the U.S. are fed to confined animals to speed their growth. As a result, the efficacy of these lifesaving drugs is threatened by increasing microbial resistance.

Our current food system is also hazardous to the environment; excess fertilizer creates “dead zones” in coastal waters, and runoff from confined animal feeding operations increases disease risk. Another major issue: food waste. Up to 40 percent of all food—from farm to the American dinner table—is tossed out while millions go hungry.

In a world where stocks of ocean fish are being depleted, CLF researcher David Love is investigating more viable aquaculture options, such as aquaponics, a fish-vegetable farming technique that could be a sustainable solution for a hungry world. 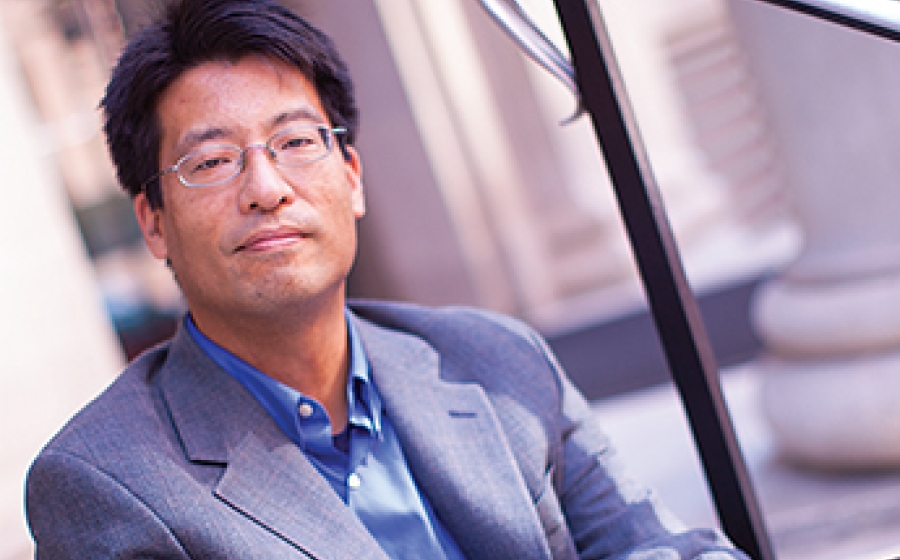 Overweight and obesity may soon become the most significant global causes of poor health, according to the World Health Organization. In the U.S., almost one in three adults is obese—at least 20 to 25 percent above the maximum desirable weight.

Between 1980 and 2014, the global prevalence of obesity more than doubled to 13 percent of the adult population. Perhaps even more disturbing, some 42 million children under the age of 5 are overweight or obese, increasing risks for obesity, disability and premature death in adulthood. The obesity epidemic carries with it such weight-related diseases as type-2 diabetes, heart disease, obstructive sleep apnea, certain types of cancer and osteoarthritis.

“Today, obesity is starting earlier and earlier in childhood, making the far-reaching psychological, behavioral, social, economic and health effects all the more substantial,” says Bruce Y. Lee, director of the School’s Global Obesity Prevention Center (GOPC). “The World Obesity Federation warns that this generation may be the first to have a shorter lifespan than their parents.”

Obesity is preventable—and complex. GOPC is marshaling experts and stakeholders from multiple disciplines—computer science, mathematics and engineering, as well as medicine and public health—for a “systems approach” to the problem.

Meanwhile, Health Policy and Management researcher Sara N. Bleich is bringing creative and practical strategies to the fight against obesity. In her research conducted in Baltimore corner stores, she found that providing information to adolescents about the physical activity required to burn off the calories in sugary drinks reduced their purchases of the sweetened beverages—and had a sustained positive impact on their buying habits.