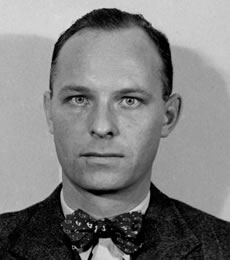 A renowned epidemiologist and pathologist, George Dick is recognized internationally for his research into viral diseases, including yellow fever, Mengovirus and Merburgvirus. His distinguished career has produced vast knowledge on the virology of encephalitis, polio, hepatitis, multiple sclerosis, smallpox and whooping cough. He also has been instrumental in the development of combined vaccines against many viral diseases.

He worked in the School's Poliomyelitis Laboratory from 1948-50, where he researched polio virus vaccines while pursuing his master's degree.

He wss equally distinguished in his academic affiliations. As professor emeritus at the University of London, Dr. Dick also served as examiner at most of the medical schools in the United Kingdom and in Dublin, Nairobi, Kampala, Riyadh, and Jeddah.

He was chairman of an independent group of consultants which has advised on numerous health care problems, including immunization, hospital and medical school planning, training and post-graduate education for countries of the Middle East and Nigeria, and continued his research on multiple sclerosis until his death.