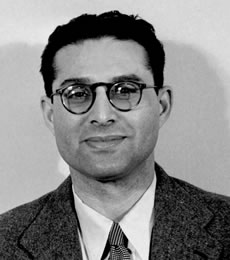 The son of a port health officer in Rangoon, Nowshir Jungalwalla was a gynecologist with the Indian Medical Service and recipient of the Order of the British Empire before he came to the School in 1947.

During the 1950s, he served as an adviser in venereal diseases for the World Health Organization and was its representative in Southeast Asia. He also was senior public health adviser to the Indian Health Ministry in New Delhi, and from 1957-60 was director of the All-India Institute of Hygiene and Public Health in Calcutta, the largest institution of its kind in Asia.