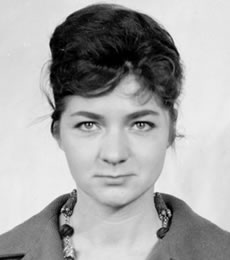 Dr. Rouillon's interest in the health of children in developing nations led her to the International Union Against Tuberculosis, first as a part-time worker and eventually as its executive secretary.

Many of her efforts have been single-handed in their determination to expand the organization's role. Because of her, it steadily grew in stature and influence and is now the International Union Against Tuberculosis and Lung Disease. It embraces more than 100 National lung and tuberculosis associations.

In addition, its Bulletin has increased its influence, primarily through Dr. Rouillon's editorial efforts. It is the only readily available source of information on tuberculosis and lung diseases, two of the world's most urgent health problems.