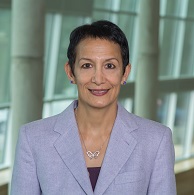 In her role at the University of Nebraska Medical Center (UNMC), Dr. Levy is focused on strengthening the department’s curriculum, launching two new degrees, and creating robust cancer prevention efforts.

Dr. Levy is a retired Captain with the U.S. Public Health Service (USPHS) and was stationed at the Centers for Disease Control and Prevention (CDC) for 20 years. Dr. Levy’s career at CDC began in 1996 as an Epidemic Intelligence Service Officer in the Division of Parasitic Diseases where she studied foodborne diseases such as Cyclosporiasis and oversaw the National Waterborne Diseases Outbreak Surveillance System. Leading the Healthcare Preparedness Activity in the Division of State and Local Readiness, a program she developed beginning in 2003 while in the Division of Healthcare Quality Promotion, Dr. Levy focused on all-hazards preparedness and emergency response of the healthcare system. Her primary interest was working with communities to assist them with integrating planning of the public health, healthcare, emergency medical services, and emergency management sectors to improve responses to public health emergencies. Among other roles, Dr. Levy served as Acting Director of the Division of Strategic National Stockpile for over a year. Throughout her time at CDC, Dr. Levy responded to many incidents including SARS, Hurricane Katrina, the 2009 H1N1 influenza pandemic, MERS, Ebola, and Zika.