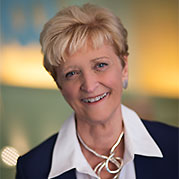 Ellen J. MacKenzie, PhD ’79, ScM ’75, an expert on trauma care systems and policy, was named the School’s eleventh dean on October 1, 2017. She has served the School as director of the Johns Hopkins Center for Injury Research and Policy, senior associate dean for academic affairs, and chair of Health Policy and Management. MacKenzie founded the Major Extremity Trauma Research Consortium of more than 50 U.S. trauma care facilities dedicated to establishing best practices for treating both service members and civilians with severe musculoskeletal trauma. Her election to the National Academy of Medicine in 2018 recognized her role in shaping the field of trauma services and outcomes research, leading to improved quality of life for trauma survivors. She was also named one of 20 leaders and visionaries who have had a transformative effect on the field of violence and injury prevention.

In 2018, MacKenzie led the creation of the Bloomberg School’s five-year strategic plan. Its five main themes—Education, Science, Partnerships, People, and Advocacy—focus energy and resources that aim to shape the School’s agenda and the future of public health. As the COVID-19 pandemic unfolded in 2020, MacKenzie led during an unprecedented time of challenges and opportunities for the School and the field. In 2022, MacKenzie served on the Commonwealth Fund Commission on a National Public Health System. 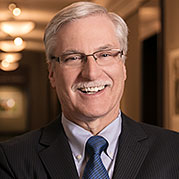 Dean Emeritus Michael J. Klag, MD, MPH ’87, is an internationally known expert on the epidemiology and prevention of cardiovascular and kidney disease, and a Johns Hopkins faculty member since 1987. He presided over historic increases in the size of the faculty (43 percent), endowment (94 percent) and budget (53 percent), and the addition of 35 new research centers and institutes, including the Wendy Klag Center for Autism and Developmental Disabilities. By the time he stepped down, he had signed one in three degrees ever conferred by the School. Through his 12-year tenure, he led the School through refugee crises, wars, tsunamis, earthquakes, and outbreaks of Ebola and Zika. 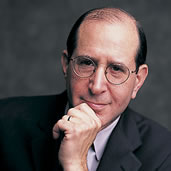 Dean Emeritus Alfred S. Sommer, MD, MHS ’73, is a pioneer in the epidemiology of eye disease who discovered in the 1980s that vitamin A supplements could dramatically reduce rates of child mortality by one third. He led research and advocacy efforts to prevent blindness and mortality worldwide, and UNICEF credits vitamin A supplementation with saving the sight and lives of more than 4 million pre-school age children in the developing world since large-scale distribution programs began in 1998. Sommer is an elected member of both the National Academy of Medicine and the National Academy of Science, and his many awards include the Lasker Award for Clinical Research.

During Sommer’s 15 years as Dean, the School embarked on a building campaign that modernized the existing main auditoria and classrooms and more than doubled the size of the School’s facilities. In 1999 it became the first school of public health to offer online courses and in 1994 began its unbroken reign as the top school in the U.S. News & World Report rankings. In recognition of the philanthropic relationship Sommer built with financial media entrepreneur Michael R. Bloomberg, the Johns Hopkins School of Hygiene and Public Health was renamed the Johns Hopkins Bloomberg School of Public Health in 2001. The School also adopted its tagline, “Protecting Health, Saving Lives—Millions at a Time.” 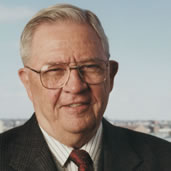 D. A. Henderson (1928 – 2016) MD, MPH ’60, (1928 – 2016) directed the World Health Organization global smallpox eradication campaign, which in 1980 made smallpox the first human disease ever eradicated worldwide. Henderson had been committed to the importance of biosecurity since his early days serving alongside Alexander Langmuir, MD, MPH ’40, director of the CDC Epidemic Intelligence Service, and he established what is now the Johns Hopkins Center for Health Security in 1998. After the September 11, 2001 terrorist attacks, the U.S. Department of Health and Human Services appointed Henderson as the first director of the Office of Public Health Emergency Preparedness. 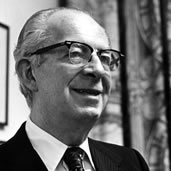 John C. Hume, MD, DrPH ’51 (1911-1998), an expert in sexually transmitted diseases, helped administer India’s anti-malaria campaign that reduced annual cases from 75 million in 1950 to 50,000 by 1960. During the 6 years from 1961 to 1967 that he served as associate dean and chair of Public Health Administration, he worked closely with Dean Ernest Stebbins to make the department an incubator for new ventures that became separate departments, including Maternal and Child Health, Population Dynamics, Chronic Diseases, International Health, Mental Hygiene, Behavioral Sciences, and Medical Care and Hospitals. When Hume succeeded Stebbins as dean in 1967, he continued to focus on the growth of health services research and the integration of social and behavioral sciences into the School's rapidly expanding public health curriculum.

Hume feared that the surge of Great Society funding for health research and education might split the School into “a series of minischools with limited interests.” To keep the School a united but versatile institution, Hume foresaw the need for “a capacity to rapidly develop interdisciplinary groups—called centers, institutes, clones, or clusters—and to react quickly and flexibly in order to grasp new opportunities and address [significant] problems.” The School had 6 centers when Hume stepped down in 1977; today, it has more than 80. Hume was a tireless lobbyist for government-financed family planning programs and for a strong network of public health schools worldwide. 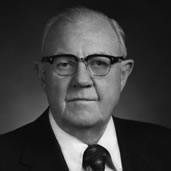 Ernest L. Stebbins, MD, MPH ’32 (1901-1987), a former New York City health commissioner, oversaw two decades of rapid growth in enrollments, faculty, and research during a golden era of federal funding for health and science research and international development. When the Committee to Reconsider the Educational Objectives of the School proposed to eliminate the MPH in 1957, Stebbins and other faculty rallied to save the program. He spearheaded new clinical programs in environmental medicine and chronic disease. With Charles D. Flagle, DEng, he launched a new center and department devoted to health services research and, with Timothy D. Baker, MD, MPH ’54, he co-founded the first academic unit devoted to international health in 1961.

As president of the Association of Schools of Public Health, Stebbins was instrumental in enacting and renewing U.S. foreign aid to international health as well as direct federal aid to U.S. schools of public health, which enabled the supply of public health graduates to expand five-fold from 1961 to 1978. He co-founded the American Board of Preventive Medicine in 1948; co-founded (with Timothy D. Baker) the first academic unit devoted to international health in 1961; and in 1967 co-founded the World Federation of Public Health Associations. He was elected president of the APHA in 1966. 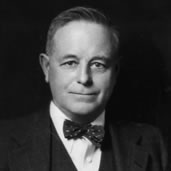 Lowell J. Reed, PhD, (1886-1966) coined the term “biostatistics” and chaired that department from 1925 to 1948. Reed and Wade Hampton Frost, chair of Epidemiology, developed the Reed-Frost epidemic model, a mathematical probability formula that simulated how disease spread through a population. With Surgeon General Thomas Parran, Reed helped establish the MPH curriculum as the standard degree for public health professionals and, in 1941, was elected founding president of the Association of Schools of Public Health.

In the U.S. and internationally, Reed led in integrating and systematizing statistical classifications for birth, death, and disease. The U.S. Committee on Joint Causes of Death, chaired by Reed, paved the way for the first Manual of the International Statistical Classification of Diseases, Injuries, and Causes of Death (ICD) in 1948. Reed’s own work was foundational for the postwar use of demographic data to promote national family planning programs as a primary objective of international health. Reed served as APHA president in 1950 and was the only JHSPH dean to also serve as president of Johns Hopkins University, from 1953 to 1956. 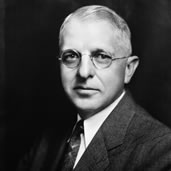 Allen W. Freeman, MD (1881-1954) believed that public health should ideally “work through voluntary organizations, with Government help only occasionally in recalcitrant cases.” Yet Freeman led JHSPH to dramatically expand its MPH program with aid from the 1935 Social Security Act, for which he assisted in writing the public health title. Freeman, chair of Public Health Administration from 1920 to 1946, was influential in shaping the contours of local public health departments across America. Known in medical and public health circles as “the epidemic chaser,” he served as APHA president in 1942. Freeman helped write and enact legislation for a sweeping reorganization of the Maryland State Health Department in 1951. He was instrumental in establishing the Maryland Medical Care Program, one of the nation’s first state health plans for low-income residents and later a template for Medicaid. 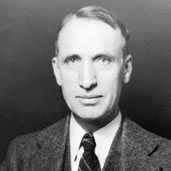 Wade Hampton Frost, MD, (1880-1938), the founding chair of the Department of Epidemiology, is acknowledged as a father of American epidemiology. His work with statistician Edgar Sydenstricker to measure the impact of the 1918 Great Influenza Pandemic on the United States yielded the excess deaths method, which is still used today to quantify the impact of pandemics. Frost was an expert on tuberculosis who concluded, based on his observations that incidence rates were declining and patients were surviving longer, that the leading causes of U.S. mortality were shifting from infectious to chronic diseases. He was among the first to advocate using epidemiological methods to study chronic as well as infectious diseases.

Frost helped establish the Eastern Health District (EHD) in Baltimore in 1932, which served as a joint teaching and research site for the School and the Baltimore City Health Department. The EHD provided the data for the School’s early research on statistics, demography, infectious disease prevention, and the social epidemiology of the family. It was also where he taught students the fundamentals of “shoe-leather epidemiology,” which emphasized the value of field work and extensive interaction with the community to gather data and make observations. The CDC Epidemic Intelligence Service adopted Frost’s shoe-leather epidemiology and case-study teaching methods to train generations of field epidemiologists. 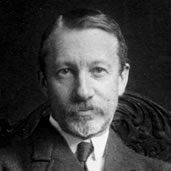 William H. Howell, MD, (1860-1945) had been appointed the first professor of physiology at the Johns Hopkins School of Medicine, where he served as dean from 1899 to 1911. While they were still both on the medical faculty, he worked closely with William H. Welch to establish and plan what was then the Johns Hopkins School of Hygiene and Public Health. Howell was also the School’s first faculty member and founding chair of the Department of Physiological Hygiene, predecessor of the Department of Environmental Health and Engineering. While at JHSPH, Howell discovered, isolated and purified the blood anticoagulant heparin. 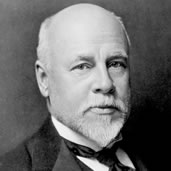 William Henry Welch, MD (1850-1934) was the founding dean of the Johns Hopkins School of Medicine, from 1893 to 1897, and the Rockefeller Foundation’s key medical advisor. Known as “the dean of American medicine,” he was instrumental in securing the Rockefeller grant in 1916 that established the world’s first graduate school of public health—the Johns Hopkins School of Hygiene and Public Health. Informed by his training in bacteriology and pathology in Germany, Welch strongly believed that basic science was the engine of progress in public health and medicine. His legacy is evident in the School’s two basic science departments, Molecular Microbiology and Immunology as well as Biochemistry and Molecular Biology, which rank JHSPH as the top grantor of basic science PhDs among U.S. schools of public health. The William H. Welch Medical Library, directly across Monument Street from the School’s Wolfe Street building, is named for him.