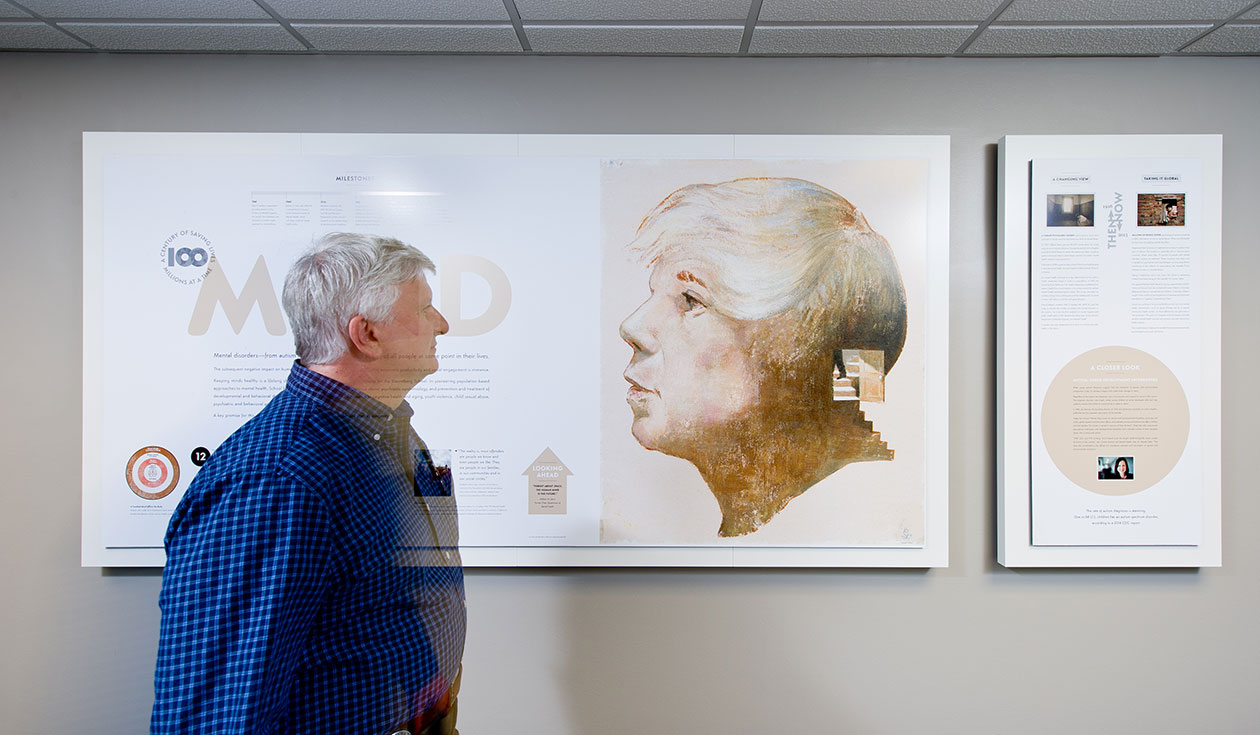 “Forget about space. The human mind is the future.”

Mental disorders - from autism to depression - affect up to half of all people at some point in their lives.

Keeping minds healthy is a lifelong challenge for individuals and a research priority for the Bloomberg School. In pioneering population-based approaches to mental health, School faculty, have done defining work in substance abuse, psychiatric epidemiology, and prevention and treatment of developmental and behavioral disorders. Today, the School is advancing research in cognitive health and aging, youth violence, child sexual abuse, psychiatric and behavioral genetics, and global mental health.

A key premise for this diverse work: The quality of a life is no less important than its longevity. 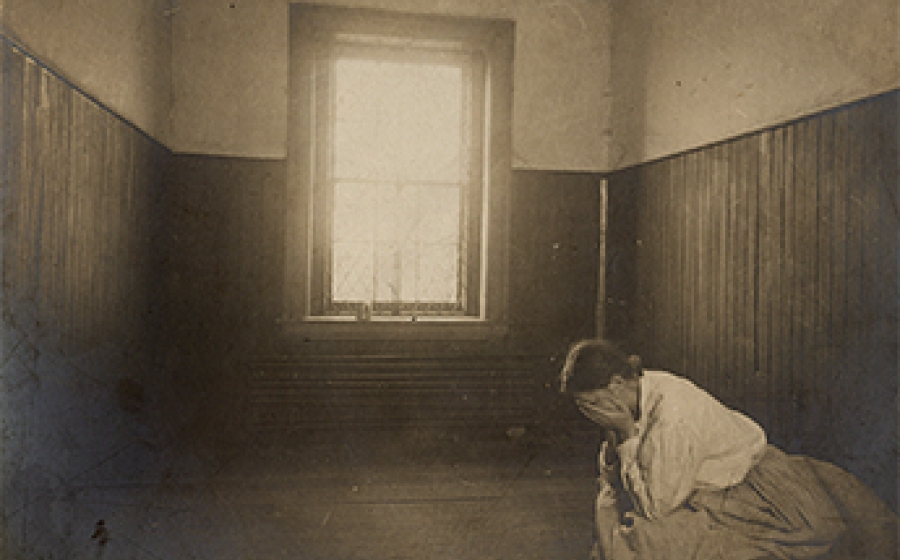 Then: A Changing View

Published in 1908 to great acclaim, A Mind That Found Itself became a seminal mental health text and helped to define mental illness as a disease.

As mental health emerged as a key determinant of the public’s health, researchers began to study it in populations. In 1932, the School and the Baltimore City Health Department established the Eastern Health District and relied on it to conduct one of the earliest mental health epidemiological studies. The survey recorded the numbers of “psychotics, delinquents and the maladjusted” clustered in areas with saloons, brothels and gang hangouts.

One of Meyer’s students, Paul V. Lemkau, MD, MPH ’41, used the study to estimate the number of people with mental disorders in the country. He wrote the first textbook on mental hygiene and public health and, in 1961, became founding chair of the School’s Department of Mental Hygiene, now Mental Health.

It remains the only department of its kind in a school of public health in the nation. 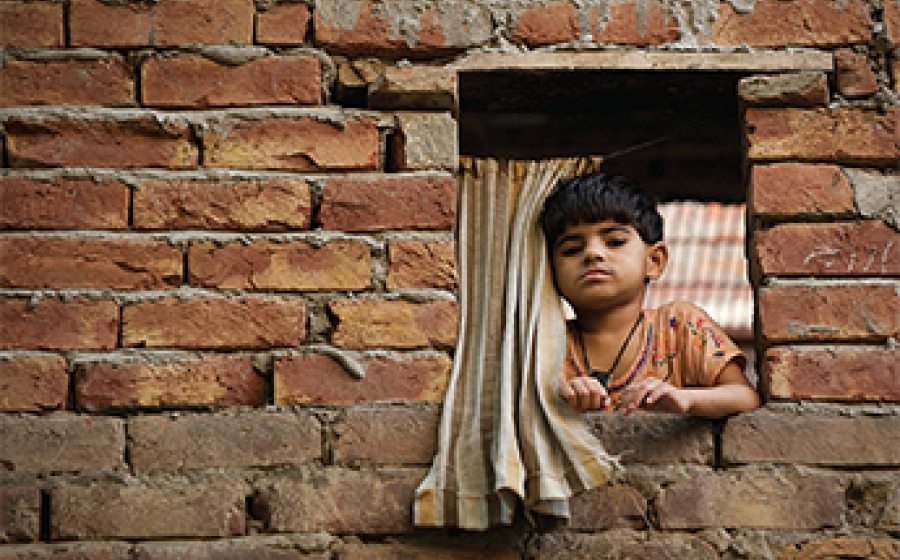 MILLIONS OF PEOPLE SUFFER psychological trauma caused by conflict, dislocation, torture or sexual abuse. Others are blindsided by the onset of crippling mental disorders.

Stigma and lack of access to treatment force many to endure their pain in silence. The situation is especially dire in resource-poor countries, where more than 75 percent of people with mental disorders receive no treatment. These countries may have only a handful of psychiatrists and psychologists serving populations numbering in the millions. In some places, the mentally ill are chained to trees or concrete blocks.

Taking a leadership role in this issue, the School is advancing research and advocating for the mentally ill’s human rights.

The Applied Mental Health Research group, supported by USAID’s Victims of Torture Fund, has worked with street children in Georgia, Albania and Mexico, sexually abused children in Zambia, villagers caught in the crossfire of warring factions in Indonesia, and distressed populations in Uganda, Cambodia and Haiti. 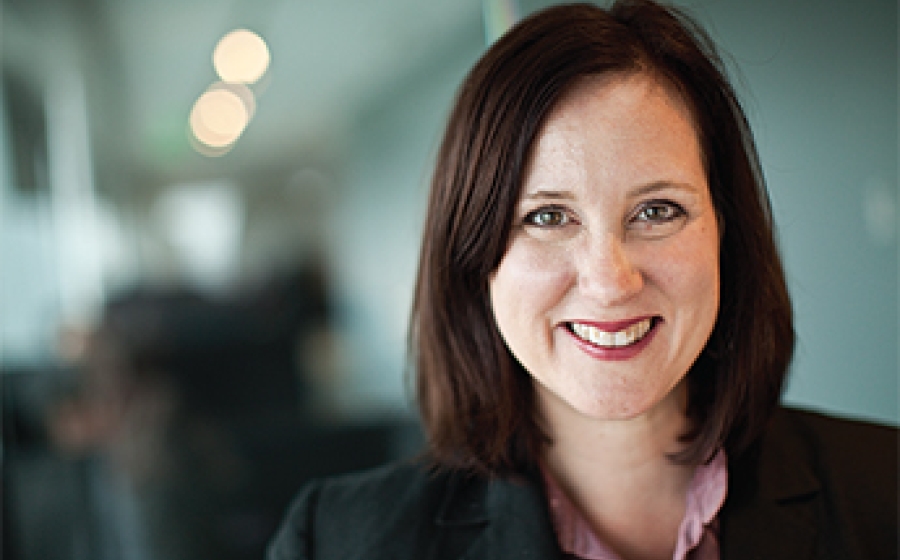 What causes autism? Research suggests that the interaction of genetic and environmental components is key. Or perhaps it begins with subtle brain changes in utero.

Regardless of the origins, few diagnoses carry more anxiety and anguish for parents than autism. The enigmatic disorder robs bright, verbal young children of newly developed skills and may suddenly reverse their ability to communicate or relate to others.

In 1943, Leo Kanner, the founding director of child and adolescent psychiatry at Johns Hopkins, published the first systematic description of the disorder.

Today, the School’s Wendy Klag Center for Autism and Developmental Disabilities promotes and unifies global research and education efforts, and evaluates services and policies that affect children and their families. The Center is named in memory of Dean Michael J. Klag’s late wife, a passionate advocate for individuals with developmental disabilities and a devoted mother to their daughter Sarah, who is living with autism.

“With CDC and NIH funding, we’ve helped build the largest epidemiologically based studies of autism in the country,” says Center director and Mental Health chair M. Daniele Fallin. “We have also contributed to the official U.S. prevalence estimates and information on genetic and environmental risk factors.”