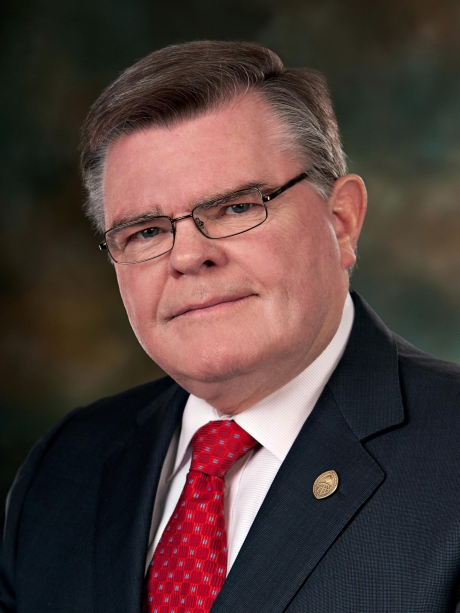 Frank Hurley, PhD ’71, an alum of the Johns Hopkins Bloomberg School of Public Health, philanthropist, University trustee, and chairman of the School’s Health Advisory Board since 2012, passed away on January 29.

“Those of you who knew Frank know that he was remarkably smart, effective, and possessed a rare generosity of spirit,” says Michael J. Klag, MD, MPH ’87, dean of the Johns Hopkins Bloomberg School of Public Health. “As a school, we have been blessed with having a series of chairs of the Health Advisory Board who are committed to the success of our mission. Frank was an outstanding example of that commitment. He understood the culture of both our School and the corporate world and helped us to bridge that gap. In addition to the School, he was tremendously devoted to his wife Kit, also a member of the Health Advisory Board, and their three children and spouses, as well as his friends. His passing is not only a loss for them, our School and the University but for everyone who knew and worked with him.”

One has to appreciate how very rare it is for a department of biostatistics to benefit from support as generous as Frank and Kit have provided. Our community not only respects but loves them because they are such wonderful people who have enriched our department in many ways. We're shocked and saddened by this loss.

Karen Bandeen-Roche, PhD
Frank Hurley and Catharine Dorrier Professor
and Chair of the Biostatistics Department at the Bloomberg School

Hurley received a doctorate from the Department of Biostatistics in 1971. He had a Bachelor of Science degree in mathematics and pre-medical sciences from Georgetown University. After graduation from what was then known as the Johns Hopkins School of Hygiene and Public Health, he joined on the faculty of George Washington University, working on clinical trials. Subsequently, in 1971, he co-founded BRI International, Inc. He guided its growth as both chairman and chief scientific officer until he merged BRI with Quintiles Transnational, Inc. in 1996, serving as chief scientific officer of Quintiles until 2001.

Hurley was renowned for his expertise in clinical trial design and analysis, review of preclinical and clinical information, preparation of regulatory documents, and presentations to government regulatory agencies. He was an authority on research strategy and study design for pharmaceuticals, biologics, and medical devices. At the time of his passing, Hurley was Chief Scientific Officer at RRD International, LLC.

In addition to serving on the Health Advisory Board, he served as a member of the Dean's Alumni Advisory Council. In 2007, Hurley joined the University Board of Trustees as an alumni trustee, and was reappointed to a second term in 2013. 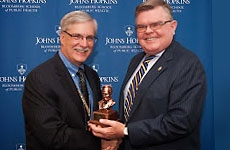 This past fall, when Hurley received the Alumni Heritage Award, he noted that other than his children, his and Kit’s support of Johns Hopkins University was the best investment they ever made.

“To me, Frank was a mentor and great friend,” Klag says. “We will miss him greatly.”