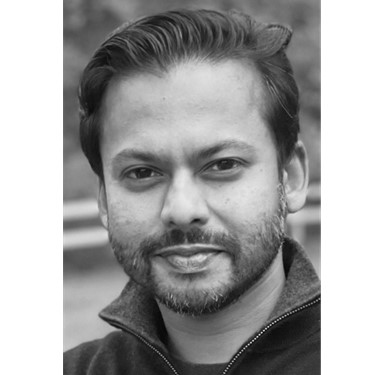 Helena is a problem-solving institution that addresses urgent societal issues through for-profit, non-profit, and legislative action. Past Helena projects have focused on issues such as mobilizing a private-sector response to the COVID-19 pandemic, advancing innovations in global democracy, passing legislation to protect electrical grids from cyberattack and natural disaster, and supporting the launch of the world's first direct-air carbon capture facility.

Protik was previously Partner and Founder at Blue like an Orange Sustainable Capital, a mezzanine credit/subordinated debt-focused impact fund - - where he originated and led transactions, was Head of Sustainable Impact, served on the Investment Committee, and chaired the Sustainability and ESG Committee. Protik exited Blue Orange coinciding with the sale of a minority interest to AXA.

Prior to his work in private finance, Protik was Chief Executive Officer for the Office of the UN Secretary General’s Special Envoy for Health Financing.

During his tenure as CEO, and prior to that as its Managing Director, Protik led the group’s efforts over a decade to mobilize and deploy over $3.5 billion of resources to end deaths from malaria in Africa, and to improve child and maternal health in sub-Saharan Africa and South Asia.

Through the distribution of over 2 billion mosquito nets and hundreds of millions of medications, this unprecedented public-private partnership saved the lives of over 7 million children from malaria in one of the largest public health efforts in history.

Protik also oversaw the formation of the End Malaria Council, co-chaired by Ray Chambers, Bill Gates, and President Ellen Johnson Sirleaf, and which laid out a roadmap to eradicate malaria worldwide. Protik previously held positions at the World Bank and World Health Organization, working in sub-Saharan Africa and South Asia.

He is a board member of several non-profits, including Big Win Philanthropy; the social justice non-profit founded by the late Dr Paul Farmer, Partners in Health; as well as the Canadian multinational charity, Nutrition International.

Suprotik (Protik) Basu, MHS, is an investor and founder, focusing primarily on healthc