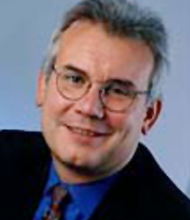 After graduating from Cambridge University, Chris spent 24 years in the advertising industry during which time he became the worldwide Chairman and Chief Executive Officer of J Walter Thompson Co, one of the world’s biggest international advertising groups. He was the youngest person and first non-American to hold this position in the company’s 140-year history. In 2001, after a serious illness, Chris retired from the advertising business.  He left New York City in 2002 and returned to live in England.

Based in the UK in the past decade, Chris has developed an extensive range of business and not-for-profit interests around the world:

In Financial Services, he is an outside member of the Partner Board at Motion Equity Partners, a pan-European private equity firm. He was director of Central Trust plc from 208-2011. He is the Chairman of Results International, a global M&A advisory house specializing in marketing services. He is the Chairman of the Richmond Group.

In Healthcare, he is a member of the Board of Becton Dickinson and Co. a world leader in the manufacture of medical devices, diagnostic equipment and bio-science hardware. He was a Director of Xenogen Inc of Alameda California from 2001 through its flotation in 2004 till its acquisition by Caliper in 2006. He is Chairman of the Pavilion Clinic, a joint venture between BMI and Global Diagnostics.

In Technology, he is a member of the Board of Freedom Holdings which owns one of the largest digital marketing companies in Europe. He has been an advisory board member and investor at Webs Inc which was acquired by Vistaprint NV.

He is an advisor to Nardello and Co, a leading U.S. based investigative firm specializing in due diligence and asset recovery. He was a Director of Commarco, Germany’s leading independent marketing services firm from 2003 until its sale to WPP in 2011. He also served as a Director of  De Beers Diamond Jewellery from 2001-2009.

In not-for-profit, he is the Chairman of the Governors at the Dragon School, Oxford and Chairman of the Finance Committee at St Edward’s School. He is a Trustee of the Ashmolean Museum, Oxford University, a member of the Visting Committee of the Cambridge University Library and a member of the Health Advisory Board at Johns Hopkins School of Public Health in Baltimore. He is also a Trustee of the International Institute for Strategic Studies.

He and his family have homes in Oxford, London and France.