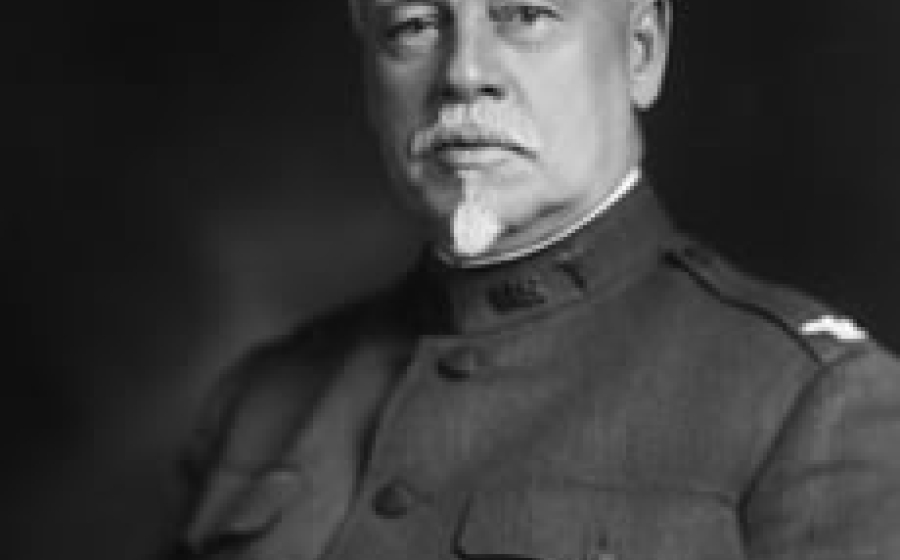 William H. Welch earned his A. B. from Yale University in 1870 and his M.D. from the Columbia University College of Physicians and Surgeons in 1875. He served as an intern at Bellevue Hospital, then studied at the European universities of Strasbourg, Leipzig, Breslau, and Berlin from 1876 to 1878. While abroad he was instructed and influenced by many of the leading scientific figures in Europe, including Cohnheim and Flugge. After his return to Bellevue Hospital Medical College, Welch assumed an appointment as professor of pathological anatomy and general pathology.

In 1884, Welch agreed to accept positions at the hospital and school of medicine that were being organized at Johns Hopkins. As Baxley Professor of Pathology and pathologist-in-chief of the hospital, Welch attracted many bright and productive graduate students to his laboratory. In his career as pathologist he discovered the organism, named Bacillus welchii, that causes gas gangrene and he also conducted significant research in a number of other areas, including diphtheria, pneumonia, and immunity/infection problems. A man of remarkable administrative talents, Welch demonstrated his leadership in many areas of the health divisions of Johns Hopkins; he held posts at the School of Hygiene and Public Health as well as the Hospital and the School of Medicine. He served as dean of the medical faculty and was the first director of the School of Hygiene and Public Health and the Institute of the History of Medicine.

Welch also took an active role in national and international medical affairs. In 1896 Welch founded the Journal of Experimental Medicine. He was elected president of the Congress of American Physicians and Surgeons in 1897 and president of the Maryland State Board of Health from 1898 to 1922, serving on its board until 1929. He was also president of the American Association for the Advancement of Sciences in 1907 and of the American Medical Association in 1910. From 1913 to 1916, Welch served as president of the National Academy of Sciences. Welch's influence also extended to the military, where he became one of the chief advisors to the U.S. Army's medical department. He served as president of the board of directors of the Rockefeller Institute for Medical Research from 1901 to 1932. During this time, he was an advisor to John D. Rockefeller, who funded the establishment of the Peking Union Medical College. Welch helped set the goals for this western-style medical school which was devoted to research, premedical teaching, and clinical training. He hoped it would become the "Johns Hopkins in China."

During his lifetime, William H. Welch received widespread national and international recognition. His awards included eighteen honorary degrees, the Order of the Royal Crown in Germany, and the Order of the Rising Sun in Japan. In addition, Welch was presented with the National Institute of Social Services Gold Medal, the U.S. Army Distinguished Service Medal and Citation, and the Kober Medal of the Association of American Physicians. Welch also received the Gold Medal of the American Medical Association and the Harben Plaque for Public Health Service from the Royal Institute of Public Health, as well as many other honors. At Johns Hopkins the medical library was named in his honor.