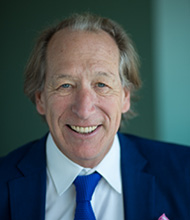 Dean Goodermote has spent most of the past two decades either managing or founding high-technology companies. Most recently he was the chairman and chief executive officer of Double-Take Software. Mr. Goodermote sits on several boards and advisory committees of both profit and non-profit organizations, including the New England Aquarium, The Berklee College of Music and Johns Hopkins Bloomberg School of Public Health where he chairs the Advisory Committee for Center for Humanitarian Health. He holds the Honorary Professorship of Entrepreneurship at HHL - Leipzig (Germany) Graduate School of Management, and is active in freestyle skiing. An official with the US Ski and Snowboard Association, he is also an amateur musician.