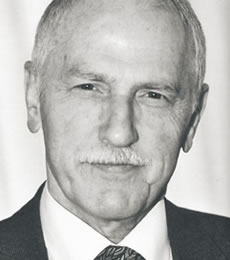 Prior to succeeding Leo Kaprio, Dr. Asvall was director of program management for the European region and one of the architects of the Regional Strategy of Health for All by the Year 2000. He directed WHO's work to implement the 38 targets adopted in 1984.

One of Dr. Asvall's first exposures to public health was in the late 1950s as deputy public health officer in the small fishing community of Vikna in northern Norway, where he directed primary care and worked in a nearby hospital. The rapid expansion of the WHO malaria eradication program at the end of that decade gave Dr. Asvall the opportunity to train as a WHO malariologist in Jamaica, Mexico, and Ecuador. He became a leader of the WHO malaria team for Togo and Dahomey in West Africa in 1959. A year later, those projects were part of the nucleus for malaria eradication in all of Africa.

When he returned to Norway in 1963, Dr. Asvall joined a university cancer hospital that specialized in radiotherapy and chemotherapy. He also became increasingly involved in clinical management and hospital administration. In 1968, he was commissioned to write a Government White Paper on policies in cancer treatment in Norway; and, in 1971, became director of the Hospital Department of the Ministry of Social Affairs.

In 1975, the Norwegian Parliament adopted his plan for reorganization of the country's health care system. At the same time, Dr. Asvall undertook short assignments for WHO in cancer control and health program evaluation. He was a member of the Norwegian national delegation to the World Health Assembly and was awarded a WHO fellowship to study health planning in the USSR in 1975.