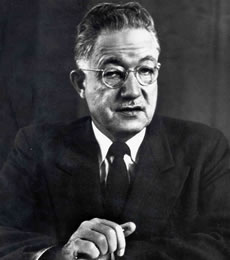 When he was named director of the Pan American Sanitary Bureau in 1947, Fred Soper's staff was a small group of workers from the United States and Puerto Rico housed in two small rooms. Their annual budget was $300,000. When he left 12 years later, the budget was $8 million, the staff was large and multinational, and the bureau's programs were in every country in Latin America.

With the goals of eradication of malaria, urban yellow fever, smallpox and yaws, Dr. Soper recruited the best people he could find for the immense tasks they had to face. One of his staff members had developed the Children's Hospital in Mexico City and was former chief of maternal and child health for the Pan American Health Organizations. The same man went on to organize similar programs in all of Latin America.

After leaving the School on 1925, Dr. Soper joined the Rockefeller Foundation. He directed the program that eradicated the malaria vector A. Gambia from Brazil after its importation from Africa. In the 1940s, he accomplished the same in Egypt. He also worked against urban yellow fever in Brazil and other countries, and became the world authority on the deadly disease.