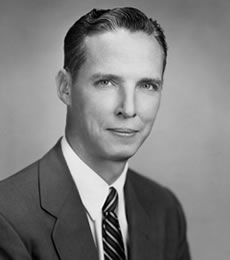 A public health administrator, Dr. Burney was born in 1906 in Indiana, and earned his M.D. from Indiana University in 1930. He attended the Johns Hopkins School of Hygiene and Public Health as a Rockefeller Fellow and earned his MPH in 1932.

He served with the United States Marine Hospital in Chicago in 1930-31, and was commissioned in the Regular Corps of the United States Public Health Service (USPHS) shortly thereafter. During World War II, he designed measures to lower the rate of communicable diseases in various Mediterranean ports. After a nine-year career as state health commissioner of Indiana, he became the assistant to the Surgeon General and deputy chief of the Bureau of State Services in the USPHS.

Dr. Burney was the first Surgeon General to declare officially that "increasing and consistent evidence" indicate that "excessive cigarette smoking" is one of the causative factors of lung cancer. This was the first time the USPHS cited a definite cause and effect relationship between the two. In 1960, Dr. Burney oversaw the establishment of the National Center for Health Statistics. Dr. Burney died on July 31, 1998, four months after he had come back to his alma mater to participate in a symposium, "The Surgeons General Report-America's Health: Past, Present and Future". It was his last public appearance.