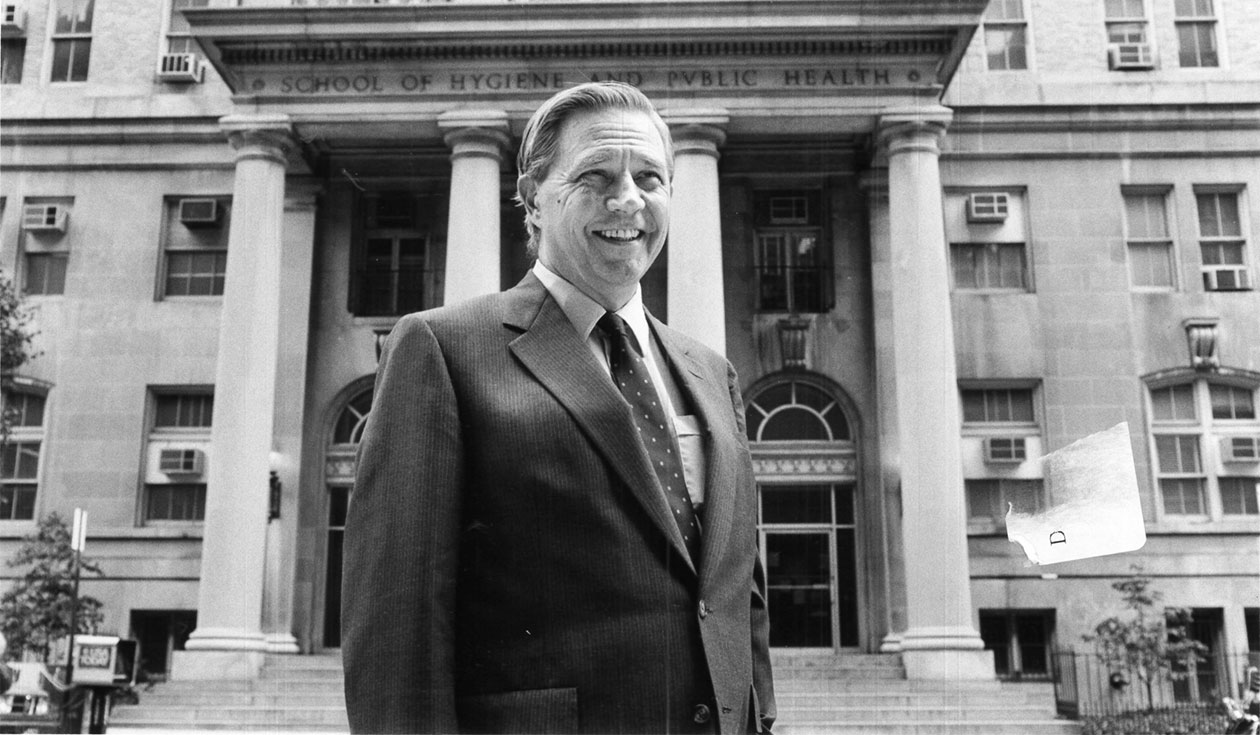 The self-described “disease detective” also served as an adviser on bioterrorism to several presidents.

Henderson, universally known as D.A., died at a hospice facility in Towson, Md., from complications from a hip fracture. 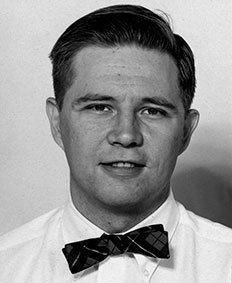 “D. A. was known and respected throughout the world,” Michael J. Klag, MD, MPH ’87, the current dean of the Johns Hopkins Bloomberg School of Public Health, told faculty, staff and students on Saturday. “He was an incredible raconteur who had, it seemed, a million stories about his life in public health, ranging from the influenza epidemic of 1957 to running the WHO smallpox program to initiating and leading our nation’s preparedness and response efforts for bioterrorism. “Public health has lost a hero and we have lost a great friend and colleague.”

Henderson was born in Lakewood, Ohio in 1928. His mother was a nurse and his father an engineer. He received his BA in 1950 from Oberlin College and his MD in 1954 from the University of Rochester School of Medicine, followed by an internship and residency in internal medicine at the Mary Imogene Bassett Hospital.

After two years of training in the Epidemic Intelligence Service (EIS) of the Communicable Disease Center (CDC), he quickly became the right-hand man to EIS founder Alex Langmuir, MD, MPH ’40. In 1960, as chief of viral disease surveillance at EIS, he devised a campaign to eliminate smallpox and control measles in Africa. Smallpox had been eliminated in much of the West shortly after World War II, but it persisted in Brazil, Africa and South Asia.

In 1966, he was sent to Geneva to run the World Health Organization’s global campaign. Under his leadership there, smallpox became the first disease in world history to be completely eliminated worldwide. He also was instrumental in initiating WHO's poliomyelitis eradication program.

“He was a person of strong convictions,” Bill Foege, who served as director of the Centers for Disease Control and Prevention from 1977 to 1983, told the online health news site STAT. “I always think that was one of the attributes that provided for leadership because people don’t like to follow someone who’s uncertain about where they’re going. He brought a certain certainty to everything he did.”

The last known natural case of smallpox occurred in 1977, and the World Health Organization declared the disease eradicated in 1980.

In 1977, Henderson returned to Johns Hopkins where he had earned an MPH in 1960 to become dean of the School of Hygiene and Public Health (now the Bloomberg School) and professor of epidemiology and international health. During a profoundly challenging time in the history of the school and the university, he wiped out the school’s deficit and attracted major new private and government funding.

Under Henderson’s leadership, faculty established 13 new centers and institutes, including the Center for Communication Programs, the Center for Alternatives to Animal Testing, the Prevention Research Center, the Center for Immunization Research, and the Injury Prevention Center, all of which were the first of their kind and continue to lead their respective fields. By 1990, the school’s budget had more than quadrupled and enrollments had grown by 40 percent.

As an administrator, his commitment to fairness and equity resulted in the appointment of the school’s first female chair in 1983 as well as the university’s first African-American associate dean and the first female academic dean.

Henderson shifted the curriculum to send more students into the field. “He felt it was an ivory tower and needed an infusion of practical experience,” Klag told the New York Times.

After stepping down as dean in 1990, Henderson expanded his role as a global spokesman for public health. He served in the White House from 1991 to 1993 as associate director for life sciences in the Office of Science and Technology Policy. From 1993 to 1995, he was the deputy assistant secretary for health and senior science adviser in the Department of Health and Human Services (HHS). Throughout his career, Henderson was an advocate and practitioner of biopreparedness and, in 1998, he became founding director of the Johns Hopkins Center for Civilian Biodefense Strategies. After the September 11 attacks, he was the natural choice to serve as director of the HHS Office of Public Health Emergency Preparedness, where he oversaw a major federal grant program to strengthen emergency response programs in public health departments nationwide.

His numerous accolades include the Presidential Medal of Freedom, National Medal of Science, National Academy of Sciences Public Welfare Medal, and most recently the Prince Mahidol Award in Public Health from the King of Thailand. He accepted the Lasker Award on behalf of the WHO to recognize the global eradication of smallpox.

Henderson inspired public health students and practitioners worldwide, and embodies the spirit of global health for millions of people. His leadership at Johns Hopkins and at the CDC, WHO, and a variety of national and international agencies has created a legacy of wise management and commitment to fighting disease that will benefit the world for generations to come.

Funeral services are pending. A tribute will take place at the School in the near future.