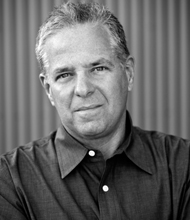 Dr. Ira M. Rutkow is a surgeon and author whose current professional activities are focused on the study of American medical history.

After graduating from Union College in 1970, he earned his medical degree from St. Louis University. While completing training as a general surgeon, Rutkow also received a master’s degree and a doctorate in public health from the Johns Hopkins Bloomberg School of Public Health (formerly the School of Hygiene and Public Health).

He is the author of seven books, most recently Seeking the Cure: A History of Medicine in America (2010). Dr. Rutkow’s other works include James A. Garfield (2006), part of Times Books’ American Presidents series edited by Arthur M. Schlesinger, Jr.; Bleeding Blue and Gray: Civil War Surgery and the Evolution of American Medicine (2005); American Surgery: An Illustrated History (1998); Surgery: An Illustrated History (1993), named a New York Times Notable Book of the Year; and the two-volume The History of Surgery in the United States (1992 and 1988). In addition to his historical writings, he has edited numerous medical textbooks, including Socioeconomics of Surgery (1989), and authored journal articles and book chapters on various surgical techniques.

Dr. Rutkow, who developed the PerFix mesh-plug operation for groin hernia repair, is retired from clinical practice and writes full-time. A recipient of the American Medical Writers Association Medical Book Award, and the Fletcher Pratt Literary Award of the Civil War Round Table of New York, Dr. Rutkow has been inducted into The Johns Hopkins University’s Society of Scholars, and awarded Union College’s Founders’ Medal.  He is listed in Marquis Who’s Who in Medicine and Healthcare.

Dr. Rutkow and his wife divide their time between New York City and their farm in the Hudson Valley.