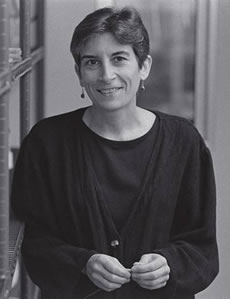 Pickart began her studies on the enzymology of ubiquitin as a postdoctoral researcher with Irwin Rose at the Fox Chase Cancer Center in Philadelphia. In 1982, when she began her postdoctoral work, very little was known about the ubiquitin system—but her discoveries laid the biochemical and intellectual foundation for subsequent find­ings that revealed a complex network of enzymes that act in different combinations to achieve controlled attachment of ubiquitin to specific targets. She also elucidated the enzymology underlying the deconju­gation of ubiquitin from target proteins.

In 1985, Pickart founded her own laboratory in the Department of Biochemistry at the State University of New York, Buffalo. In 1995 she joined the Department of Biochemistry and Molecular Biology at the Johns Hopkins School of Hygiene and Public Health, where she continued to make groundbreaking discoveries about ubiquitin. In 2006, she was elected to the American Academy of Arts and Sciences.

Highly regarded by her colleagues as an exceptionally talented and dedicated scientist, Pickart was widely sought as an organizer of and speaker at international scientific conferences. Beyond her scientific achievements, Pickart was exceedingly generous with her time and advice. She was greatly in demand as a member of student advisory committees and was central in the mentoring of junior faculty, both in her own Department and in the ubiquitin field.

In 2006, Pickart died at the age of 51 after a long battle with kidney cancer.

May 7, 2013
Aaron Ciechanover, MD, DSc
Distinguished Research Professor and Nobel Laureate
Technion-Israel Institute of Technology, Haifa, Israel
"The Ubiquitin System and Intercellular Proteolysis: From the Backyard to the Forefront of Biomedical Research"