The BMB Scholastic Awards are inspired by past pioneers of our Department, and are made possible because of the generosity of the BMB faculty and the family of John Scocca. The winners of the annual awards are listed below. 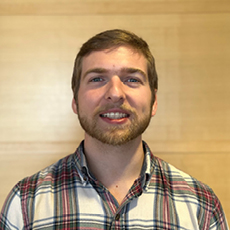 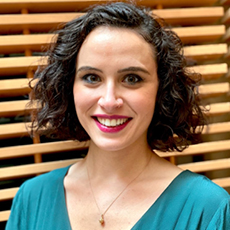 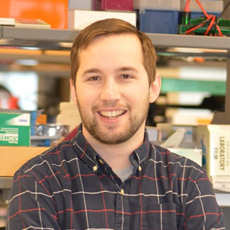 2020 Winner: Ed Culbertson (Culotta lab) researches the role of transition metal homeostasis at the host-fungal pathogen interface. On the host side, he uncovered responses to infection that alter levels of essential micronutrients iron and copper in different tissues. On the fungal pathogen side, he showed how Candida albicans evades the host’s metal starvation response by increasing metal uptake and by economizing the use of micronutrient metals, reserving them for essential processes such as respiration, and showed that this evasion response is required for virulence. 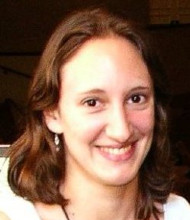 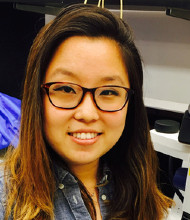 2018 Winner: Grace Hwang (Jordan lab), who determined the novel roles for the structural maintenance of chromosomes (SMC) complex, SMC5/6, during meiosis. Using mutant mouse models, Grace demonstrated that the SMC5/6 complex is required to maintain chromosome integrity, ensuring they segregate during meiotic divisions. There is a direct correlation between women’s age and increased incidence of chromosome missegregation. Grace obtained evidence to suggest that reduction of SMC5/6 levels in aging oocytes is linked with increased chromosome segregation errors. This work was published last year in Development in 2017. 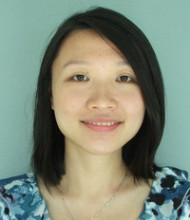 2016 Winner: Xin Sun (Wan lab) who uncovered a novel role for the protein Sam68 in the stimulation of PARP1 activation and poly-ADP-ribosylation following DNA damage, suggesting a novel avenue towards the development of a new category of PARP inhibitors, a class of drugs with a promising feature in the treatment of cancer. Xin’s work was published in PLoS Biology. 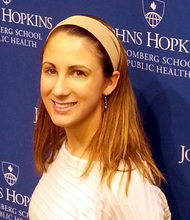 2015 Winner: Casey Daniels (Leung lab) who successfully established a method to map sites of poly-ADP-ribosylation on proteins, that was published in 2014 in the Journal of Proteome Research. 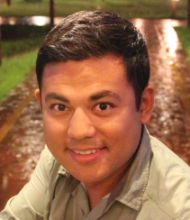 Sabin Mulepati - For his determination of the structure of the CRISPR RNA-guided immune complex, called Cascade, bound to a single-stranded DNA target. The seahorse-shaped structure reveals how the 11 subunits of Cascade assemble into the final complex, and also how the guide RNA and DNA target strands do not form a double helix but instead adopt an underwound ribbon-like structure that likely facilities efficient target recognition. 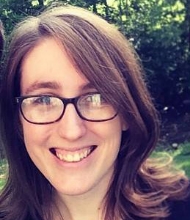 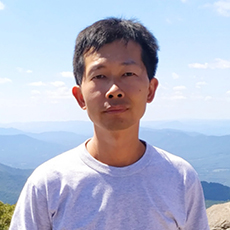 2022 Winner: Honghe Liu (Wang lab), who studies a hexanucletide repeat expansion in the C9of72 gene that is associated with ALS 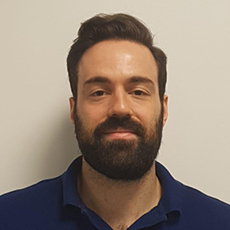 2021 Winner: Mitchell Fane (Weeraratna lab), who studies how melanoma metastasis is influenced by the aging microenvironment 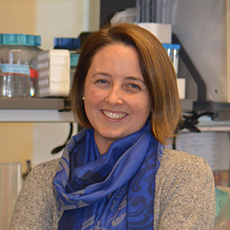 2020 Winner: Natalie Robinett (Culotta lab), whose studies how pathogenic fungi capture metals as nutrients from the human host. Her research into a family of Cu-only superoxide dismutases (Cu-SODs) that are unique to fungi, demonstrated key differences between Cu-SODs and the corresponding SODs of mammals. The differences suggest Cu-SODs could be a potential target for treatments against fungal pathogens, and Natalie identified compounds that inhibit a key Cu-SOD of the fungal pathogen Candida albicans, but not the mammalian SOD. 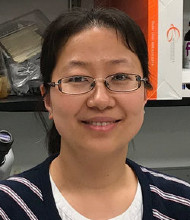 2019 Winner: Tao Zhang (Wang lab), whose work focuses on the mechanisms of RNA and protein metabolism in neurodegenerative diseases. Her studies established FUS (Fused in Sarcoma) as a direct player in miRNA silencing and identified an important and newly recognized function of RNA binding proteins as miRNA chaperones in facilitating miRNA-mediated gene regulation. Her findings have important implications for the studies of RNA metabolism in neurodegeneration and open up new avenues to investigate previously unknown functions of these proteins in miRNA regulation and dysregulation in disease. 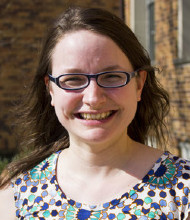 2018 Winner: Angelique Besold (Culotta lab), whose work focuses on nutritional immunity, a process where the host attempts to starve microbial pathogens of metal nutrients such as zinc and copper. Successful pathogens can evade this attack of the host using potent metal acquisition systems. Angelique has been investigating this tug-of-war for metals between the human fungal pathogen Candida albicans and its animal host. Her discoveries were recently published in Infection and Immunity and received a spotlight from the editors as an Article of Significant Interest. 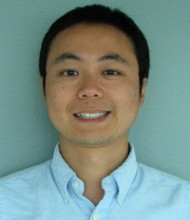 2016 Winner: Kai Fu (Wan lab), who elucidated a novel function for the protein Sam68 in the setting of genotoxic stress-induced activation of Nuclear Factor kappa B (NFkB) in normal and cancerous colon epithelial cells. Kai’s work was published in eLife. 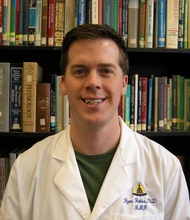 2015 Winner: Ryan Hobbs (Coulombe lab) who has leaded a long-haul effort in the Coulombe laboratory to expand on the observation that the expression of select keratins, in this case Keratin 17, in tumor keratinocytes impacts the course of tumorigenesis in skin via a modulation of the expression of genes encoding inflammatory and immune response mediators. These findings were published in Nature Genetics. 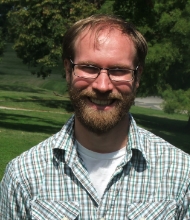 2014 Winner: Aaron Haeusler (Wang lab), for his original work on hexanucleotide repeat expansions in the C9orf72 gene, recently linked to Amyotrophic Lateral Sclerosis (ALS) and Fronto-Temporal Dementia (FTD), which revealed that the structures of the repeat DNA and RNA are acting as initial triggers of pathogenic cascades leading to transcriptional dysregulation, RNA toxicity, and nucleolar defects in the patient cells. 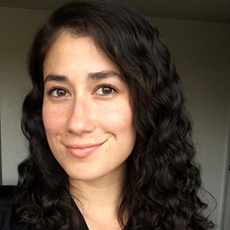 2022 Winner: Morgan Beckett (Bailey lab), for leadership activities as a PhD student including serving as president of the science outreach program JHMI Science in Action and serving as a mentor for the Hopkins PREP and Schaufeld Scholars post-baccalaureate programs 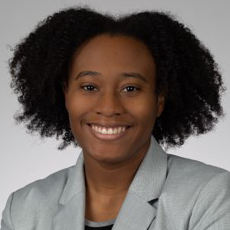 2021 Winner: Alexis E. Carey (Weeraratna lab), for leadership activities as a PhD student including work with the senate of her PhD program, working with Black Scientists Matter to create a “Day in the Life of a Scientist” panel, serving on the Henrietta Lacks Scholarship committee, working with the Biomedical Scholars Association to support underrepresented minorities, and participating in the Basic Science Institute Summer Internship Program. 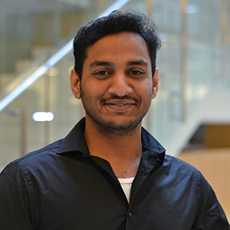 2020 Winner: Aravinth Jayabalan (Leung lab), who has made an impact through leadership roles in the School of Public Health Postdoctoral Association, where he is a co-chair, and the Johns Hopkins Postdoctoral Association, where he co-chaired the Professional Development Committee from 2017-2018 and was co-President from 2018-2019. His work with these associations included launching a Writing Accountability Group and a monthly research presentation club for postdocs, supporting postdocs across the tri-schools of Medicine, Nursing, and Public Health. 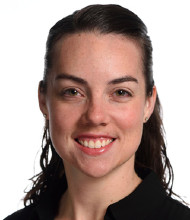 2019 Winner: Leah Cairns (Kavran lab). Throughout her time in graduate school Leah was a volunteer with Thread, where she served as a team leader and as a Tong Zhang Innovation Fellow. Leah also served as the chair of the Advocacy Committee of the Johns Hopkins Science Policy Group, where she led fellow graduate students in advocating for topics including federal funding of scientific research and fair drug pricing policy in the state legislature. 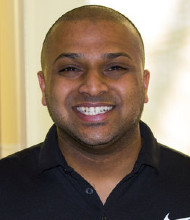 2018 Winner: Justin Jacob (Coulombe lab). Throughout his tenure as a graduate student, Justin has held a multitude of leadership positions in both the Department and the School. At the time of the award, he served as the President of the JHSPH Student Assembly. Prior to this post, Justin has served two additional years on the Executive Board of the Student Assembly, preceded by two years on the Executive Board of the tri-school (Schools of Medicine, Nursing, and Public Health) Biomedical Scholars Association. Within BMB, Justin assisted with organizing weekly journal clubs, the annual departmental scientific retreat, and several other events as part of the department’s Events Committee. He has also helped organize the inaugural Maryland Network of Intermediate Filament Researchers Symposium. Justin strives to be a force of positive change and influence to better improve the lives and quality of life of others. 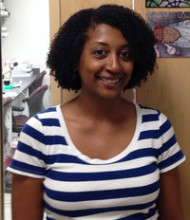 2016 Winner: Lesley Weaver (Drummond-Barbosa lab), who has a strong history of service and leadership in the scientific community, including her roles as the co-founder and member of the Communications and Outreach subcommittees (COMPASS) at the American Society for Cell Biology (ASCB), as counselor for the Jim Holland Summer Science Research Program at Indiana University, as organizer of monthly lunches for underrepresented minorities in science at Johns Hopkins University, and as a former organizer of the departmental journal club. Lesley is a strong and positive force for change in the department, and her leadership is much enhanced by the example she sets through her research and actions. 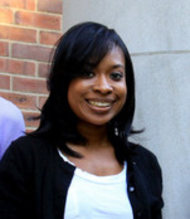 2015 Winner: Chynna Broxton (Culotta lab), who is a natural leader and is dedicated to the Baltimore community youth and, specifically, to individuals from underrepresented minority and disadvantaged backgrounds. She co-leads the departmental journal club and is also a key contributor to a new forum designed to enhance the professional development of PhD students. 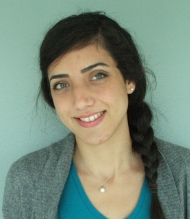 2014 Winner: Hana' Odeh (Matunis lab) for her leadership is organizing a one-day workshop on scientific methods that benefited PhD students and postdoctoral fellows in our department and other laboratory science departments at our School, and also for her contributions to many important School-wide committees.

For an outstanding research discovery by PhD graduate student or postdoctoral fellow, providing support to attend and present the work at a scientific conference. 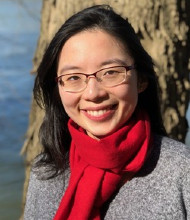 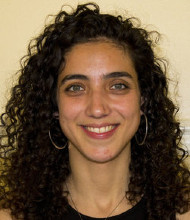 2018 Winner: Hana’ Odeh (Matunis lab), who has focused on understanding the functions and regulation of the SENP2 SUMO protease. Her work revealed that SENP2 associates with the inner nuclear membrane and with ER and Golgi membranes through an N-terminal amphipathic alpha-helix. This unexpected finding has opened up new avenues of research focused on exploring previously unrecognized roles for sumoylation at membranes. Hana will use the award to attend the Gordon Research Conference on Protein Transport Across Membranes in Galveston Texas.