I recently spoke to alumna Becky Merrill, PhD ’10 MHS ‘07, during a break in her counter-terrorist training at a Homeland Security base in Georgia. She’d just finished crashing a car into another vehicle as part of a defensive driving course. “It’s like Driver’s Ed times 100,” she says with a laugh. I ask whether she’s with the CDC or the CIA. She explains that all US government employees stationed abroad longer than 45 days in a calendar year must take the training. She jokes, “I think the CDCers here are the only ones who don’t have a security detail or aren’t part of one.” 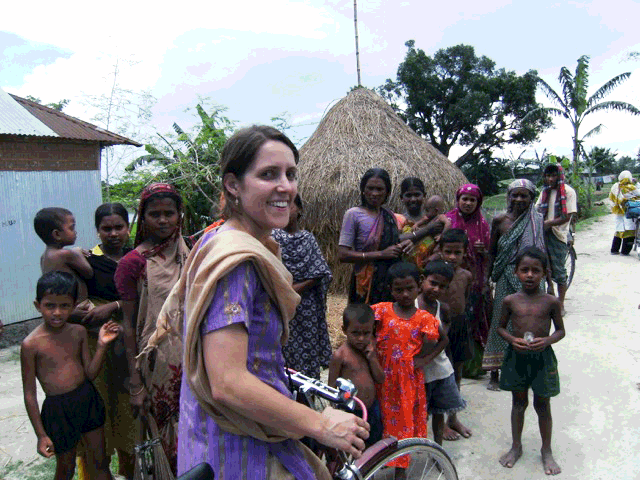 Merrill is a senior epidemiologist for the International Border Team at the Centers for Disease Control and Prevention (CDC)—focusing much of her time supporting the Global Health Security Agenda. She received both her master’s and doctoral degrees from the Department’s Program in Human Nutrition. I called her to discuss a recent study whose findings confirmed innovative research she began as a student in the Department.

Merrill’s research was some of the first to link high levels of iron in ground water with iron status in women. Iron deficiency is considered to be the most common cause of anemia and, consequently, iron supplementation programs are used to combat the condition. Evidence has been mounting, however, that iron deficiency is not as prevalent in Bangladesh as assumed, in large part due to high levels of iron in the ground water there. Earlier this year, a national-level study also found little evidence of iron deficiency, but widespread anemia. It also found a link between geographic areas with elevated iron in ground water and improved iron status in the population.

“Becky’s doctoral work was ground breaking,” Professor Keith West, director of the Department’s Human Nutrition Program told me earlier. West first brought the new study to my attention. “It’s a great example of how our students’ research can instill new insights and spur further research on a public health problem,” West continued. He briefly explained Merrill’s early research and touched on the importance of this new study. During our conversation, Merrill and I discussed the study and her own research. I also took the opportunity to ask for some advice for students and recent graduates who are starting their global health careers.

Why did you decide to look at iron levels in ground water?

Anemia is prevalent in Bangladesh. Studies, however, were showing mixed results on the effectiveness of iron supplementation to combat it.

I was initially interested in the effects of arsenic on maternal and child health outcomes. Arsenic-poisoning was a major problem in Bangladesh. The country’s underground water naturally contains high levels of it. As a result, the watershed had been extensively documented to try to pinpoint where levels were most dangerous. But the documentation also included information on other elements, including iron. I noticed that iron levels were high in the Hopkins’ research site—one of the places where iron status wasn’t as low as anticipated. I thought it was possible that women were getting sufficient iron from the water and that anemia was being caused by something other than iron deficiency.

Were you aware of the new study that confirmed many of your findings? 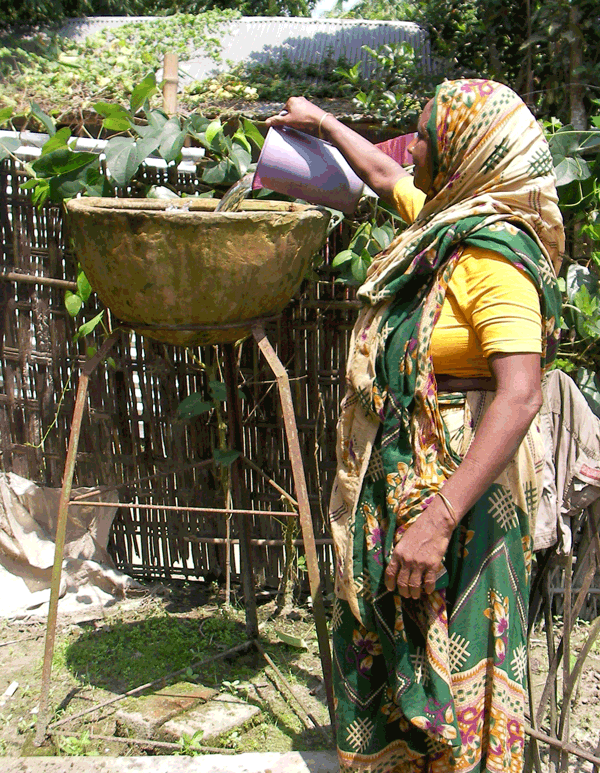 Yes. The lead researchers are based at icddr,b, a well-respected research hospital in Dhaka that Hopkins has partnered with for years. The two organizations have a good working relationship, and they were familiar with me from my 5 years living in Bangladesh as I worked with Hopkins and the research site. The authors consulted with me several times and sent me a copy of the article before it was public.

This national level information provides further evidence that environmental factors need to be considered in nutrition programming. A WHO working group is currently revising global guidelines for iron assessment in populations. The group asked me to conduct one of 5 systematic reviews to inform the guidelines development group. Environmental factors were definitely part of my review and also part of the group’s discussion. The new guidelines should be coming out later this year.

Are you still working on similar issues at the CDC?

I’m now a senior epidemiologist for the International Border Team. It’s a brand new team within the Division of Global Migration and Quarantine. We help build national capacity to meet the core capacities of the International Health Regulations along long land borders and major points of entry. Our goal is to strengthen public health systems, such as surveillance and response, and build essential infrastructure. In the past, efforts have focused on nation-based capacity building. But populations are not static. As the recent Ebola crisis illustrates, there’s an increasing need for countries to share information across borders. My team works with ministries of health to help build relationships between neighboring countries towards public health collaboration and coordination.

How did you go from nutrition to health systems and disease surveillance?

I was initially interested in the effects of arsenic on maternal and child health outcomes. Arsenic-poisoning was a major problem in Bangladesh. The country’s underground water naturally contains high levels of it. As a result, the watershed had been extensively documented to try to pinpoint where levels were most dangerous. But the documentation also included information on other elements, including iron. I noticed that iron levels were high in the Hopkins’ research site—one of the places where iron status wasn’t as low as anticipated. I thought it was possible that women were getting sufficient iron from the water and that anemia was being caused by something other than iron deficiency.

Were you aware of the new study that confirmed many of your findings? 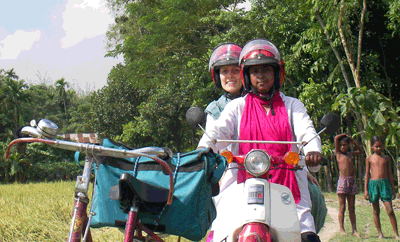 In July of 2014, towards the middle of my two-year term with the Epidemic Intelligence Service, a call went out across the CDC for Peace Corps returnees to support the Ebola epidemic. This call highlighted that those who deployed must be comfortable traveling to rural areas alone because there was no CDC office or permanent team in place. I spent 2 years in Bangladesh as a Peace Corps volunteer and was interested in putting my skills and experiences to support the response. The day before I departed for a month in Liberia, the Ebola crisis was officially declared a Public Health Emergency of International Concern by the WHO. During that experience I was able to apply the skills in surveillance and data management I learned through my time with Hopkins and the research site in Bangladesh to support Liberia’s efforts. Additionally, I became more interested in how migration between countries increased disease transmission.

The new International Borders Team was looking for someone with strong data management skills. Fortunately, I received a comprehensive understanding of the many parts of data management from my work at Hopkins, specifically with the JiVitA Project where I did my doctoral and postdoctoral research. The project has a vast infrastructure, and its commitment to collecting quality data is unrivaled. While the research focuses on nutrition, a strong skill set in data collection and management can be applied to any subject, anywhere.

The Department has a health systems strengthening project in Liberia. Do you ever work with Hopkins people in Liberia?

Yes, I work with Hopkins people almost everywhere I go. Tashrik Ahmed, a doctoral student in International Health, is part of that Hopkins project and he’s based in Liberia. Tashrik’s a great resource. We’ve met several times to talk about how to promote data sharing.

And fellow alum Tolbert Nyenswah is the Deputy Minister of Disease Surveillance and Epidemic Control for Liberia’s Ministry of Health. We keep missing each other in person, but I’ve been working closely with a number of staff in his office.

Any advice for students?

Two things. First, young researchers should learn the complexities of how data is collected, how data is processed and managed, and how data is analyzed and interpreted to improve public health. Often times primary field work is the hardest to incorporate into a degree program because of the time required. Going to a field site for at least a month will help them understand it better. This time can help you realize what skills you’re missing and what you need to start learning. For example, I still remember that one of my favorite classes was a 6-hour course in data management. We learned how to make a data management system, including a digital form for data collection. I have used these skills routinely throughout my career.

And second, if you believe in the results, don’t stop advocating. I met a lot of resistance when I first started presenting my findings on iron in ground water. I still remember someone laughing off the cross-disciplinary research at one of my conference presentations. But with rigorous data and space to effect change, we, as public health scientists, have to advocate the results beyond manuscript publication. It may take a while for evidence to reach the policy level. The task is not easy, but it’s our duty.

Merrill tells me her next class is starting and we have to wrap it up. I ask her if she would send me a picture of the Homeland Security base where she’s been crashing into cars. “Sorry, it’s top secret. No pictures allowed.”  Merrill spoke with Brandon Howard in April 2016