Assistant Scientist Sun Eun Lee received the 2018 Rainer Gross Award for Recent Innovations in Nutrition and Health in Developing Societies at the 18th Latin American Congress of Nutrition in Guadalajara, Mexico. Presented by the Hildegard Grunow Foundation, the award honors international nutrition scientists who generate and pursue innovative ideas and projects in nutrition and health in developing societies. The award is named for Dr. Rainer Gross, a renowned nutritionist who worked for years combating micronutrient deficiencies as a senior officer at UNICEF. 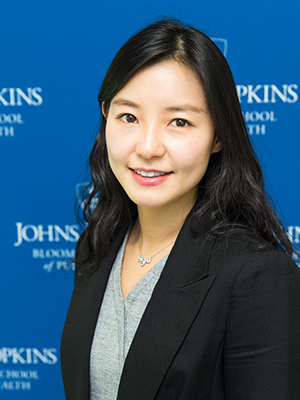 Lee was honored for her paper in the Journal of Nutrition entitled, The Plasma Proteome Is Associated with Anthropometric Status of Undernourished Nepalese School-Aged Children. The award provides international recognition for her, and her colleagues at the Bloomberg School, seminal work on plasma proteomics as a platform on which to assess micronutrient deficiencies and other aspects of malnutrition in low-income populations.

Proteomics, the study of proteins in the blood, has been shown to offer novel insights to the nutritional status of individuals. Development in proteomics has opened up enormous possibilities for measuring population-level nutritional deficiencies and excesses. While currently batteries of tests to assess these burdens in populations exist, they require extensive resources—both technological and financial—and often take years to assess, analyze and report. The development and refinement of proteomic technology offers a promising single platform that could produce similar assessments in months rather than years as typically occurs, and for a fraction of the cost and labor.

Dr. Lee earned her bachelor’s and master’s degrees in Food and Nutrition from Yonsei University where she studied complex interactions of nutrition and infection. In 2015, she earned her doctorate at the Bloomberg School in the Department of International Health’s Program for Human Nutrition. She is currently working with several biotechnology firms to develop a low-cost instrument that will be capable of assessing approximately 30 identified proteins capable of predicting nutritional and health status. Dr. Lee foresees, and is pursuing, the day where the health, nutrition, and developmental inequities of child populations can be more readily assessed in low-income societies.