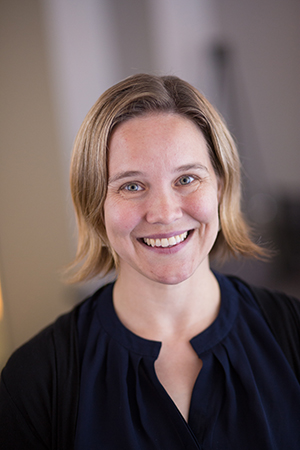 In April, Associate Professor Caitlin Kennedy was a featured speaker at the United Nations (UN) for the launch of a new BMJ series on self-care interventions for sexual and reproductive health and rights. She spoke about several systematic reviews of evidence she led on the feasibility and effectiveness of self-care tests and medications, and on the implications for expanding access to these, especially among vulnerable and disadvantaged populations.

Self-care is broadly defined as the ability of individuals and groups to prevent disease, maintain health, and cope with illness and disability with or without the support of a health-care provide. Given the personal and sometimes sensitive nature of sexual and reproductive health, self-care options could play a valuable role in improving the well-being of vulnerable populations and communities in lower-resourced areas. For example, one of the studies Kennedy presented at the UN was on self-administration of injectable contraception. Her review found growing evidence that self-administered injectable contraception can equal or improve the continued use of contraception, compared to when administered by a provider. This approach could be especially valuable for women whose limited resources make regular visits to a health provider impossible. 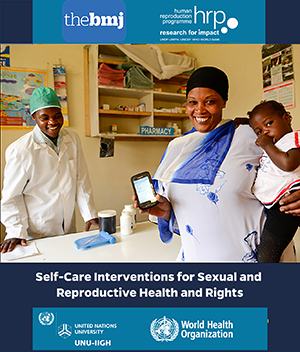 The research found solid evidence that implementing these self-care interventions more widely, especially among vulnerable populations, could have a positive impact on people’s health and well-being. One review, for instance, found that women who self-screen for HPV, the virus that can lead to cervical cancer, are more likely to seek cervical cancer screening.

The series was published in collaboration between the WHO and The BMJ and BMJ Global Health journals to collect the best and most up-to-date evidence in the field. The series includes research articles, which Kennedy led, as well as analysis of the latest evidence and several opinion pieces on recommended next steps. The series is intended to help guide the WHO as it develops new recommendations for key self-care interventions for sexual and reproductive health and rights, with a focus on vulnerable populations and settings with health systems that have limited capacity and resources. The WHO Guideline on self-care interventions for sexual and reproductive health and rights will be released later this year.
“Self-care is an integral component of the health system,” says Kennedy. “With the right approach, evidence-based self-care interventions for sexual and reproductive health can help achieve universal health coverage by making these interventions more widely available to vulnerable and disadvantaged people around the world.”

The development of the series was led by the WHO Department of Reproductive Health and Research and HRP (UNDP/UNFPA/UNICEF/WHO/World Bank Special Programme for Human Reproduction), which is the main instrument within the United Nations system for research in human reproduction. All the articles are available open access on The BMJ’s website.