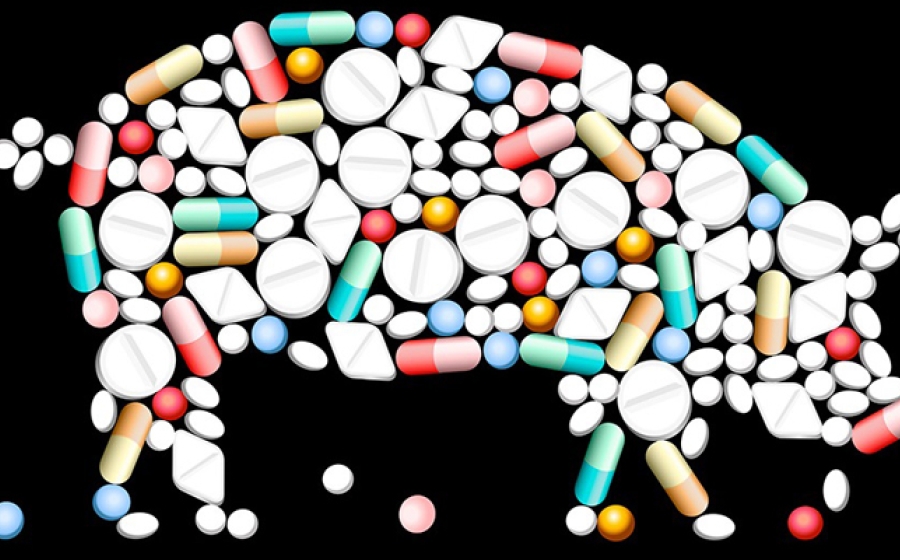 Antimicrobial resistance threatens the effective prevention and treatment of an ever-increasing range of infections caused by bacteria, parasites, viruses and fungi, and is an increasingly serious threat to global public health. The rise of multidrug-resistant bacteria—often called superbugs—is a global crisis according to the World Health Organization and the use of antibiotics in food animal production has been highlighted as an important contributor. Antimicrobial resistance occurs naturally over time, usually through genetic changes. In many places, antibiotics are overused and misused in people and animals, and often given without professional oversight. Antimicrobial resistant-microbes are found in people, animals, food, and the environment (in water, soil and air), and can spread between people and animals, and from person to person. Poor infection control, inadequate sanitary conditions and inappropriate food-handling encourage the spread of antimicrobial resistance.

Over the past decade, animal-adapted strains of antibiotic-resistant Staphylococcus aureus have emerged globally among food-producing animals, as well as among people who have contact with food-producing animals. New research suggests that some workers at industrial hog production facilities are not only carrying livestock-associated, antibiotic-resistant bacteria in their noses, but may also be developing skin infections from these bacteria.

“Before this study, we knew that many hog workers were carrying livestock-associated and multidrug-resistant Staphylococcus aureus strains in their noses, but we didn’t know what that meant in terms of worker health,” says study leader Christopher D. Heaney, PhD. It wasn’t clear whether hog workers carrying these bacteria might be at increased risk of infection. This study suggests that carrying these bacteria may not always be harmless to humans. Because the study was small, there is a need to confirm the findings, but the results highlight the need to identify ways to protect workers from being exposed to these bacteria on the job, and to take a fresh look at antibiotic use and resistance in food animal production. Hogs are given antibiotics in order to grow them more quickly for sale, and the overuse of antibiotics has been linked to the development of bacteria that are resistant to many of the drugs used to treat staph infections.