Ischemic heart disease is a major cause of death for both men and women in the United States, and is responsible for a tremendous healthcare burden.

Cardioprotective interventions hold promise for lessening this burden, but few experimental discoveries have translated successfully into effective therapeutics. Reactive nitrogen and reactive oxygen species have been shown to play critical roles in myocardial physiology and cardioprotection. However, dysregulation in the production of these reactive species can lead to an imbalance in the nitroso-redox equilibrium, triggering oxidative stress and the development and/or exacerbation of cardiovascular disease.

The Kohr Laboratory of Cardiovascular Redox Signaling seeks to demystify sex-specific, redox-dependent differences in the heart’s response to ischemic injury with the ultimate goal of identifying novel, cardioprotective signaling pathways. The role of protein S-nitrosation in the female heart, which is naturally protected from ischemic injury, is a major focus of current studies. Additional projects seek to evaluate the impact of environmental toxicants like arsenic on myocardial physiology and cardioprotective signaling. We have developed a number of cutting-edge mass spectrometry-based proteomic methodologies to map sites of S-nitrosation and other redox-based modifications, and we use these in tandem with cellular, molecular, and biochemical methods to assess the effects of S-nitrosation on the function, stability, and localization of specific protein targets. We also utilize a number of physiological approaches to evaluate myocardial function, including the Langendorff-perfused heart preparation, in vivo pressure-volume loop analysis, and echocardiography.

By defining female-specific and other protective signaling pathways in the heart, we seek to identify key therapeutic targets for the treatment of ischemic heart disease in both men and women. Examples of current areas of investigation can be found below.

We have shown that protein S-nitrosation is greatly enhanced in female hearts vs. males, and we are currently investigating the role of this post-translational modification in cardioprotective signaling. Learn more about Sex-dependent S-nitrosothiol Signaling.

Role for TRIM72 in Cardioprotection

We have shown that S-nitrosation is a key regulator of stability for the membrane repair protein TRIM72, which has recently emerged as a potential therapeutic target for ischemic heart disease. Learn more about Role for TRIM72 in Cardioprotection.

We are currently examining the impact of arsenic exposure on the structure and function of the heart, as well as the heart's response to ischemic injury in both males and females. Learn more about Impact of Arsenic on Myocardial Ischemic Injury.

These studies seek to provide a more thorough understanding of the role of protein S-nitrosation and other redox-based modifications in the myocardium, and are critical for the development of more effective therapeutic strategies to effectively combat cardiovascular disease in men and women.

Dr. Kohr also teaches courses as part of the PhD Track in Environmental Diseases: Toxicology, Physiology and Molecular Mechanisms in the Department of Environmental Health and Engineering.

A heart attack is a common manifestation of ischemic heart disease. Our laboratory uses ex vivo and in vivo models of ischemia-reperfusion injury to identify cardioprotective signaling pathways that reduce the injury sustained from a heart attack.

Environmental pollutants like arsenic can contribute to the development and/or exacerbation of ischemic heart disease, in part, by disrupting intrinsic cardioprotective signaling pathways. We recently demonstrated that exposure to arsenic worsens ischemic injury in female hearts.

Protein S-nitrosation results from the covalent addition of a nitric oxide moiety to the free thiol of a cysteine residue. We have shown that this dynamic protein modification increases with cardioprotective signaling, and can alter protein function and stability, protein-protein interaction, and protein localization.

Our laboratory has developed a number of proteomic methods for examining protein S-nitrosation and other redox-based cysteine modifications in the heart and other organ systems. These approaches include the use of liquid chromatography-tandem mass spectrometry.

Environmental pollutants like arsenic can contribute to the development and/or exacerbation of ischemic heart disease, in part, by disrupting intrinsic cardioprotective signaling pathways. We recently demonstrated that exposure to arsenic worsens ischemic injury in female hearts. 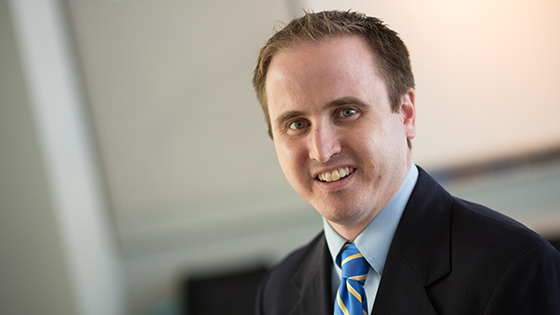