The long-term goal of the Wang Laboratory of Environmental Epigenomes at Johns Hopkins University is to answer a series of questions that are classic in the fields of epigenetics and environmental health sciences. The three questions below are innately linked and answering one of them helps to address the remaining two. Significantly, we have made substantial progress with groundbreaking discoveries over the years to advance the field to the next level.

With multidisciplinary approaches, we have made unique contributions to the understanding of epigenetic regulation during the processes of transcription, genomic imprinting, and genome stability. For example, two computational approaches (NORED and MethylMosaic) developed in the lab enable us to identify all potential imprinted loci in the mouse genome, which was not achieved in the field before (Cell Discov. 2017 PMC5787696). With ACE-mapping, we reveal an unexpected division that Dnmt1-dependent and Dnmt1-independent methylation patterns control distinct classes of retrotransposons for genome stability (Genome Biol. 2015 PMC4474455). Lastly, our pioneering mapping of HATs and HDACs in the human genome leads to ground-breaking discovery that HDACs bind to active genes instead of widely accepted silent genes and that deacetylation prevents RNA polymerase II recruitment to poised promoters during transcription initiation (Cell 2009 PMC2750862), highlighted in (Nature Review Genetics. 2010 PMID: 20084085).

Armed with epigenomic techniques above and better understanding of epigenetic roles in transcription, genomic imprinting, and genome stability, we are well prepared to elucidate the processes of normal cell growth and differentiation and of the etiology of human diseases in response to environmental factors. For example, imprinting loci (e.g, H19/IGF2 locus) and retrotransposons-impacted promoters (e.g., IAP within murine agouti gene) are known to be particularly vulnerable to environmental exposure. Therefore, both imprinted loci and IAP-like retrotransposons are key for mechanisms underlying the hypothesis of “developmental origin of adult health and disease” and “multigenerational and/or transgenerational epigenetic inheritance.” Related mechanisms/hypotheses/topics and our relevant ongoing projects are further described below:

(1)   The early embryos are incredibly susceptible to environmental perturbations. These perturbations impact complex traits or diseases in adulthood, a hypothesis referred to as “Barker hypothesis or developmental origin of adult disease and health.” Similar perturbation in F0 female can be transmitted to F1 and F2 (multigenerational) or F3 (transgenerational) generation(s); in F0 male to F1 (multigenerational) or F2 (transgenerational) generation. Importantly, epigenetics promises for insights of these hypotheses. See details in our review (Prog Biophys Mol Biol. 2015 PMC4784256) and book chapter (Transgerational Epigenetics 2019 10.1016/B978-0-12-816363-4.00007-9). During early embryo development, allele-specific DNA methylation patterns (ASMs) that were inherited from either sperms or oocytes are not erased; therefore, ASMs retains perturbation memory and this memory is expected to explain Barker hypothesis or transgenerational epigenetic inheritance. Recently, we reveal all the known and unknown imprinted loci, providing the community rich resource for future investigations (Cell Discov. 2017 PMC5787696). The division of Dnmt1-dependent and Dnmt1-independent methylation patterns for LTRs and LINEs, respectively, guides us whether target methylation of LTRs or LINEs as a readout of a given exposure. See our recent review (Front Genet. 2018 PMID: 30687383). Significantly, our data prompt us to propose a bold hypothesis of regional “autosomal chromosome inactivation (ACI)” to explain the unexpected monoallelic methylation and transcript. We are working (1) with Dr. Bin Wu in JHU School of Medicine using single molecule imaging to prove the ACI, (2) with single cell RNA-seq to explore the scope of ACI-controlled genes/loci, and (3) with cell line and animal models to determine the vulnerability of ACI-controlled genes.

(2)   Environmental factors play a big role in the etiology of many environmental diseases, largely through epigenetic mechanisms. So far, the community has made substantial progress in reporting epigenetic changes (particularly DNA methylation changes) of genes that were affected by exposure. However, it remains a challenge to identify the bridging epigenetic factors (enzymes) for altered epigenetic codes. We have strived to make progress (Exp Neurol 2018 PMID:30076829; Toxicol Appl Pharmacol. 2018 PMID: 30130555; Food Chem Toxicol. 2018 PMID: 30171970; Front Genet. 2019 PMC6334214; bioRxiv 2019 doi.org/10.1101/541664). For example, we demonstrate that arsenic exposure seems to inhibit histone acetyltransferase p300, thereby attenuating H3K27ac mark at enhancers (Toxicol Appl Pharmacol. 2018 PMID: 30130555). In collaboration with Dr. Anumantha Kanthasamy at ISU, we demonstrate an axis of ‘exposure-mitochondrial dysfunction-altered epigenetic codes-changed transcription of genes related to disease’ in Parkinson’s disease pathogenesis. Exciting insights of alterations of histone H3K27ac and histone variants H3.3 are actively under investigation.

(5)   Chromatin resetting during transcription elongation. Tremendous progress has been made in terms of resetting chromatin to prevent cryptic transcription initiation during transcription elongation using yeast model organism, particularly from Jerry Workman’s group. However, the evolutionarily conserved mechanism in mammals have been ruled out according to a recent report in Nucleic Acids Research. The Wang lab has been exploring the unresolved puzzle by revealing a conserved mechanism but with mammal-specific features (unpublished and not detailed here).

In sum, we have been actively pursuing the epigenomic insights of exposure to environmental factors, including metal (arsenic and manganese), endocrine disruptor chemicals (Bisphenol A and nonylphenol), pesticide/herbicide (Rotenone and Paraquat) and air pollution (PM2.5). Relevantly, we focus on some diseases in the lab. The specific disease of a student’s or fellow’s project depends on her/his research direction or project-involved risk factors. For example, our discovery of arsenic inhibiting histone acetyltransferase p300 (Toxicol Appl Pharmacol. 2018 PMID: 30130555), a known tumor suppressor, prompts us to include liver/lung cancer as part of our project. Herbicide/pesticide Rotenone and Paraquat are risk factors for Parkinson’s disease (PD) (and Alzheimer’s disease). Therefore, epigenetic insights of PD etiology are the focus in related investigations. Using PD animal/cell line models, we are pursuing an exciting axis of ‘rotenone exposure-mitochondrial dysfunction-altered histone acetylation’ in PD (Exp Neurol 2018 PMID:30076829; Toxicol Appl Pharmacol. 2018 PMID: 30130555; Food Chem Toxicol. 2018 PMID: 30171970; bioRxiv 2019 doi.org/10.1101/541664). Similarly, factors such as Bisphenol A, Nonylphenol, and arsenic could potentially lead to obese mice. Then obesity and type 2 diabetes become the focused areas (Nature Biotech. 2018 PMC5991835). Collectively, PD, obesity and type 2 diabetes, cancers, and asthma are under active investigations in the Wang laboratory.

Lastly, Dr. Wang won prestigious Lenfant Scholar from NHLBI/NIH in 2009 and Kimmel Scholar in 2012 from the Sidney Kimmel Foundation for Cancer Research, as well as Faculty Innovation Award in 2011 and Catalyst Award in 2016 from Johns Hopkins University. He has served as a reviewer for major funding agencies including both domestic (e.g., NIH) and international (e.g, United Kingdom Medical Research Council and Dutch Research Council). Currently, his research is supported by NIH and other funding agencies. He was also invited as a speaker to numerous Universities or inter/national meetings, also serves as a key organizer for annual ‘International Symposium of Epigenetic Mechanism and Human Health.’

Publications
Environmental Epigenomics in 5 Minutes!
Histone Code in Wiki (3 papers cited)
Who Understands the Histone Code? Arguably the most influential concept of the last decade in molecular biology.

Recently, we began to work on single-cell RNA-seq to tackle some really interesting questions. These global strategies allow us to make a final conclusion based on the genome-wide analysis dat

A MODEL OF DANCING WITH THE ENEMY

Co-repressor HDACs are in association with active genes but not widely assumed silent genes for transcriptional regulation. Two groups of enzymes (HATs and HDACs) with antagonizing functions therefore dance together at active genes.

Based on results of comprehensive profiling of 39 histone modification marks, we provided the first glimpse of what kind of histone “code” exists in the human genome. 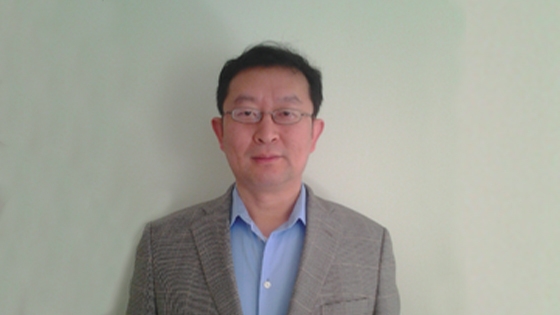