Dr. Margaret Merrell, who would become known as one of the finest teachers of biostatistics to health professionals, entered the Department of Biostatistics as a doctoral student in 1925 and joined the faculty shortly thereafter; she earned her ScD degree in 1930. She contributed both to substantive knowledge about human health as well as new statistical methods which made epidemiologic studies more effective. With her mentor, colleague, and friend Lowell Reed, she wrote the landmark paper "A Short Method for Constructing an Abridged Life Table," which appeared in the American Journal of Hygiene in 1939. Dr. Merrell served the department under the chairmanships of Lowell Reed, William Cochran, and Jerome Cornfield and was also the acting chair in the interim between the tenures of Jerome Cornfield and Allyn Kimball. One famous British biometrician identified her as the intellectual power behind the throne. She was most admired, however, for her influence on her students. An outstanding teacher in large or small groups, she continually updated her lectures to include real and important current examples. One of her students remarked that Dr. Merrell was internationally recognized as the best teacher in her field, bar none. She retired in 1959. The Department honors her legacy of pioneering research through its annual Margaret Merrell Award. 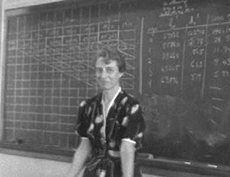 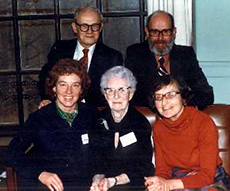