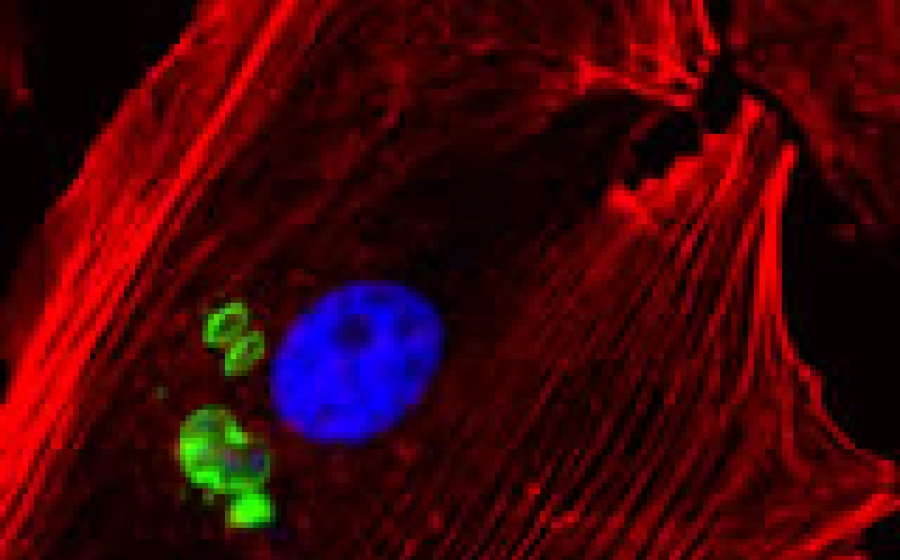 From its founding in 1916, the Johns Hopkins Bloomberg School of Public Health has made parasitology research a priority.

Malaria, yellow fever, amebiasis, trypanosomiasis and helminths were important public health problems, and hookworm was a major concern of the Rockefeller Foundation, the top donor to the School of Hygiene and Public Health.

Chair Robert William Hegner observed that “zoologists who are interested in parasitology usually direct their attention to the parasite [morphology, life history and systematics], whereas most physicians tend to emphasize the reactions of the host [symptomology, pathology and therapeutics]. Only when these two phases are brought together and when aspects of the subject peculiar to the public health activities are added is a complete program realized: then parasitology becomes the biology of host-parasite relationships.”

Dr. Peter Agre’s laboratory studies the influence of both human and malaria parasite aquaporins on malaria infection. During the rapid growth of malarial parasites within red blood cells, glycerol is taken up by the parasites and incorporated into lipids for membrane biosynthesis. The glycerol must cross the red blood cell plasma membrane and the parasitic plasma membrane to become accessible for the parasite. The group has shown that aquaglyceroporins are expressed in both membranes in mice. Host aquaporin 9 (AQP9) is expressed in the red blood cell plasma membrane and parasite aquaglyceroporin (PbAQP) is expressed in the parasite plasma membrane. The glycerol transport pathway contributes to the virulence of Plasmodium intraerythrocytic stages during malarial infection. Host aquaporins are also being studied in brain, where AQP4 serves to protect against cerebral malaria. These efforts will provide better understanding of the biology of malaria and may lead to better methods to control or treat malaria.

The laboratory of Dr. Isabelle Coppens studies the adaptations of apicomplexan parasites to their host mammalian cells that lead to disease pathology. The phylum of Apicomplexa includes human pathogens such as Plasmodium, the causative agent of malaria, Toxoplasma and Cryptosporidium, two leading opportunistic pathogens of immunocompromised individuals.  By entering into the confines of a cell, these parasites assure themselves a ready source of nutrients and protection from immune confrontations. We are analyzing the microbial genes and pathways involved in the co-option of host cell processes and organelles by Apicomplexa including the host cytoskeleton and membrane traffic during infection, the salvage of host lipids and the remodeling of the parasitophorous vacuole to support parasite differentiation and replication. We focus on the pathogenic mechanisms at the host-parasite interface that represent interesting targets for the development of therapeutic strategies against Apicomplexa infections.

Dr. Monica Mugnier’s laboratory studies antigenic variation in the African trypanosome, Trypanosoma brucei. These deadly parasites evade recognition by the immune systems of the humans and animals they infect by “switching” a dense surface coat made up of a protein known as variant surface glycoprotein, or VSG. T. brucei can extend its repertoire of VSGs beyond those encoded in the genome through recombination events that create new, antigenically distinct variants. This diversification of the VSG repertoire to create new antigen coats is critical for the parasite to maintain a chronic infection. The Mugnier lab uses bioinformatics and other high-throughput approaches to better understand the dynamics of antigenic variation and the mechanisms driving VSG diversification in vivo.

Malaria parasites contain two organelles, the apicoplast and the mitochondrion, which are thought to have arisen through the incorporation of other cells into the parasite.  Due to the prokaryotic origin of these organelles, they contain a range of metabolic pathways that differ significantly from those of the human host. Dr. Sean Prigge’s laboratory is investigating biochemical pathways found in these organelles, particularly those that are dependent on the enzyme cofactors lipoate, biotin and iron-sulfur clusters. We are interested in these three cofactors, how they are acquired, how they are used, and whether they are essential for the growth of malaria parasites.

At any given time, helminth parasites (nematodes, trematodes, tape worms) infect over a third of the human population. These long-lived multicellular parasites, which typically establish infection that last for months to decades, induce immune responses that result in a fundamental change the immune status of infected individuals. Dr. Alan Scott investigates the impact of parasitic nematodes on host immunity with special emphasis the function of macrophages in the lungs. In addition, Dr. Scott investigates the role of lung macrophages in regulating the inflammatory response induced against malaria-infected red blood cells that sequester in the pulmonary environment.

Schistosomes are unique parasites of the blood system that occupy a niche in the venous capillaries draining the small intestine (Schistosoma mansoni or S. japonicum) and the bladder (S. haematobium). These parasites cause severe pathology in the liver in the case of the first two and the bladder in the case of the third. In fact in the bladder, the infection is associated with the development of bladder cancer. Dr. Clive Shiff is interested in the mechanisms in the development of this cancer resulting from chronic infection, detecting changes in early stages of the infection and also in methods to improve the diagnosis of these infections by using DNA detection. The objective is to improve epidemiological method to assess the public health impact of the parasite.

Dr. Photini Sinnis and her group are focused on understanding the fundamental biology of the pre-erythrocytic stages of malaria. This includes sporozoites, the infective stage of the malaria parasite, and the liver stages into which they develop. This is an understudied yet critically important area of investigation as this is when malaria infection is established in the mammalian host. The goals of their research are to: 1) elucidate the molecular interactions required for the sporozoite’s journey from mosquito midgut to mammalian liver; 2) understand the events involved in hepatocyte invasion; 3) translate their findings to develop drugs and a vaccine that target these stages of the malaria parasite.

Research in Dr. Prakash Srinivasan’s laboratory is focused on understanding the molecular basis of host cell invasion by the human pathogen Plasmodium falciparum. Clinical disease is caused by the exponentially growing malaria parasites within the red blood cell (RBC). This blood stage infection begins when merozoites (invasive forms) make contact with RBCs through specific ligand-receptor interactions that activate intracellular signaling, both in the parasite and the RBC, to facilitate parasite entry. Many of these signaling pathways are conserved and function also during sporozoite (another invasive form) invasion of hepatocytes (liver). We use complementary approaches such as conditional genome editing techniques, live cell imaging, small molecule inhibitors and quantitative proteomics to study the function of invasion determinants in this complex process. We leverage this knowledge to develop and validate new antimalarial vaccine and drug targets using in vitro and in vivo model systems.

Dr. David Sullivan and his laboratory work on Plasmodium molecular biology related to iron metabolism, which also intersects with heme crystallization, the target of the antimalarial quinolone drugs. and Bioavailable iron also plays a critical role in the activation of the another class of antimalarial drug, the artemisinins. Work on cerebral malaria and severe anemia involves the human endothelial response to Plasmodium and contribution of Plasmodium hemolysins to anemia. A general principle of infectious diseases is accurate diagnosis and effective treatment and the laboratory works on novel saliva or urine malaria diagnostics as well as new malaria uses for already existing FDA approved drugs. An epidemiologic study in Bangladesh is probing the role of hemoglobin E on outcome and transmission risk amongst other human, parasite and vector factors. Ongoing work on helminthes includes filiariasis and schistosomiasis.