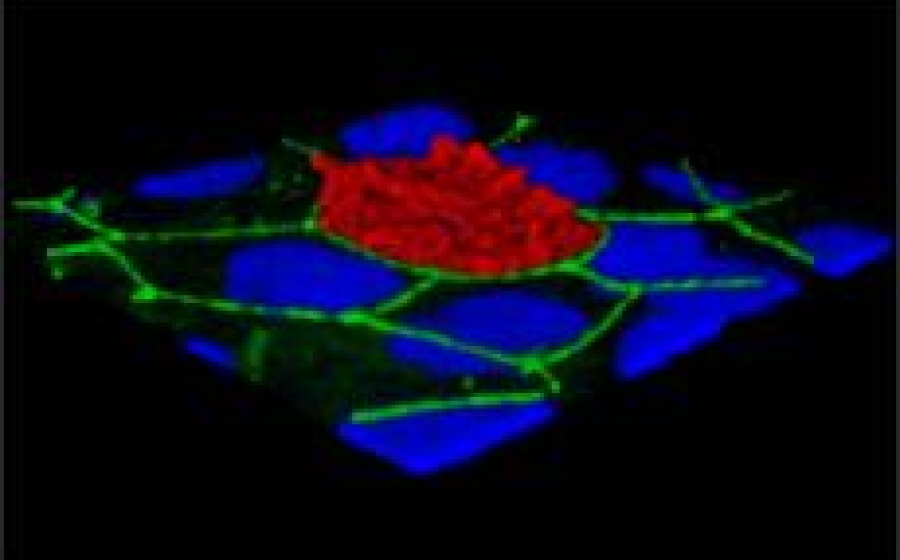 The legacy of virology research at the Johns Hopkins Bloomberg School of Public Health can be traced to the School's beginnings.

Taught by Charles Simon, one of the first courses at the new school focused on “filterable viruses,” which grew out of his research efforts in this field. “We are now in possession of what is probably the largest collection of material bearing on diseases caused by filterable viruses that exists in the world today,” Simon told the School's founding dean William Henry Welch in 1923.

The tradition of virological investigation initiated by Dr. Simon remains a vital component of the research effort in MMI. We have assembled a dynamic group of researchers with a range of perspectives on the viral world, creating a highly collaborative, stimulating, and productive scientific environment.

Professor Joseph Margolick is the lead investigator in the Hopkins component of the Multicenter AIDS Cohort Study, which has been tracking the course of the HIV-1 epidemic in gay men and obtaining clinical specimens from them for almost 30 years. The valuable repository of specimens from this study have provided critical materials for longitudinal analysis of immunological, virological and behavioral factors involved in the effort to control this pandemic.

Using high-throughput, next-generation sequencing, Dr. Richard Markham has been following individual viral genetic evolution, particularly focusing on the impact of drug abuse on the course of HIV-1 and on the efficacy of antiretroviral therapy. His laboratory has also been developing novel techniques for interrupting sexual transmission of the virus.

The great influenza outbreak of 1918 is the nightmare scenario of a public health crisis—the emergence of a new viral variant that ultimately killed an estimated 50-100 million people within six months of its appearance. The ability of new variants of this virus to cross species barriers poses the risk of a repetition of the 1918 experience. The research of Associate Professor Andrew Pekosz on the role of specific viral proteins in the pathogenesis of this infection, lays the groundwork for developing universally protective vaccines that will anticipate the emergence of new viral variants.

Beyond their importance in vast epidemics, viruses, because of their intimate interaction with the cells they infect, can also be used as a tool to study fundamental cell biology, providing an opportunity to exploit the limited genome of viruses to probe the more complex mammalian genomes and cellular pathways. Dr. Sabra Klein studies the immune response to hantavirus in rats and influenza in mice and humans to understand the basis for the differences in immune responses between males and females that are observed in a number of different infections.

Dr. Marie Hardwick’s studies of pathogenetic mechanisms of Sindbis virus have evolved into a career focused on the cellular pathways involved in a type of “cell suicide” called apoptosis, a cellular mechanism that may be implicated in such diverse biologic processes as aging and the development of cancer.

Dr. Diane Griffin has used this same virus to study host defense mechanisms against infections of the central nervous system, while using a different virus, measles, to gain insight into the development of the immune response in infants, who cannot be protected by the measles vaccine that is so effective in older children.

Not all human-associated viruses cause disease. The laboratory of Dr. Jotham Suez studies the naturally-occurring viruses in our body, collectively termed “the virome.” Similar to symbiotic bacteria, bacteriophages and non-pathogenic eukaryotic viruses interact with the human body systems. The Suez lab seeks to identify the factors that shape this viral community, and decipher the mechanisms through which virome perturbations underlie human diseases.