The Distinguished Policy Scholar program in the Department of Health Policy and Management invites a former member of the U.S. Congress, cabinet-level official or governor to come to the Bloomberg School of Public Health for a year-long residence to interact with, teach and share their policy experiences with our students, faculty and others in the Hopkins community. 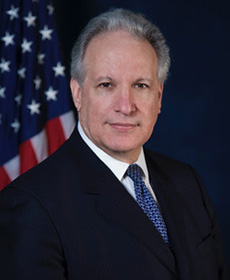 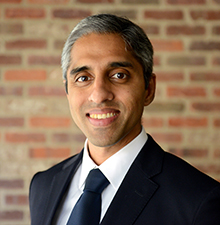 Vivek M. Murthy, MD, MBA, served as U.S. Surgeon General under President Barack Obama, focusing his tenure on pressing public health issues, from the opioid epidemic and e-cigarettes to vaccine-preventable illness and emotional well-being. He released the first Surgeon General’s Report on substance use disorders, Facing Addiction in America: The Surgeon General’s Report on Alcohol, Drugs, and Health, which summarized the scientific evidence and called upon elected officials, health care providers and other stakeholders to take action to expand access to lifesaving public health strategies to curb the opioid crisis. Murthy also released the first federal report on e-cigarettes and youth, which laid out strategies for families, communities, and policymakers to protect young people from the harms of e-cigarette use. Most recently, he has concentrated his efforts on reducing stigma around mental illness, framing loneliness as a public health issue, and promoting emotional well-being and healthy habits.

Listen to Murthy talk about loneliness during the COVID-19 pandemic on the Public Health On Call podcast with Department Chair, Colleen Barry, or read about their conversation on ways to reduce isolation here. 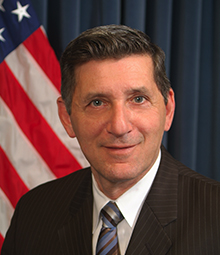 Michael Bottichelli, MEd, served as the Director of National Drug Control Policy at the White HouseBotticelli and led the Obama Administration’s drug policy efforts, leveraging public health and public safety strategies to advance innovative drug policy approaches focusing on prevention, evidence-based treatment and recovery. Botticelli has been in recovery from substance use disorder for over 28 years. He has encouraged the millions of Americans in recovery today to make their voices heard and confront the stigma associated with substance use disorders, which often keeps individuals from seeking and receiving treatment.

Read more about his approach to policies and practices for a better approach to addiction. 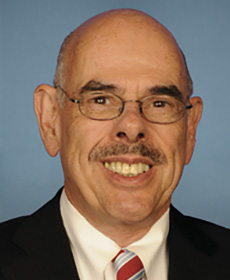 During Henry A. Waxman's four decades in the House of Representatives, he served as chairman and ranking member of the House Energy & Commerce Committee and the Committee on Oversight & Government Reform. He was also chairman and ranking member of the Energy & Commerce Committee's Subcommittee on Health and the Environment. His many legislative accomplishments included the Ryan White Care Act on HIV/AIDS, the Hatch-Waxman Act establishing generic drugs, multiple expansions of the Medicaid program, major improvements to the Clean Air Act and the Clean Water Act, and the Affordable Care Act. His oversight of the tobacco industry changed the nation's perceptions of cigarettes forever. 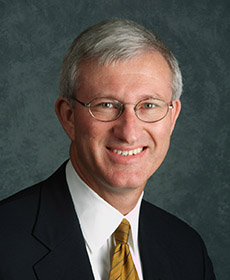 Known as the “Education Governor,” Ronnie Musgrove championed the Adequate Education Act, which changed the face of public education in Mississippi by ensuring every public school in the state received adequate and equitable funding, to deliver on the promise of a quality education.

Read a Q&A with Musgrove here.