The Brown scholarship provides full tuition, health insurance, matriculation fees, and an annual NIH-level living stipend for the doctoral program at the Bloomberg School (up to five years). Scholarship recipients also receive a one-time research award to launch a community health project and participate in professional development activities. Small research stipends such as these act as seed money to allow doctoral students to begin their research and practice agenda. The program is jointly funded by Baltimore-based philanthropists C. Sylvia and Eddie C. Brown and the Bloomberg School. 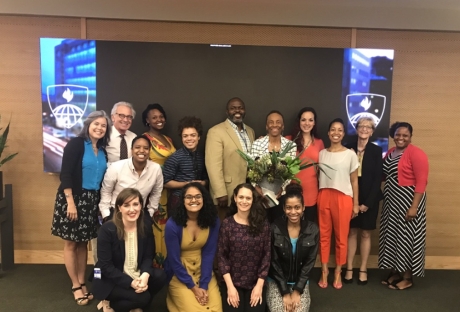 Each scholarship recipient is paired with a Bloomberg School faculty mentor who makes a strong commitment to the student’s success in achieving excellence in urban community health research in Baltimore. The faculty mentor works closely with the scholar on academic planning, research, and practice agendas to assure a successful career trajectory.

The Brown Scholars program has helped nearly 30 students on their journeys to reduce health disparities and promote health equity. Each Brown Scholar comes to the Bloomberg School with a passion to improve health for vulnerable groups. They leave with a greater understanding of local health issues, increased methodological and content knowledge, a wider network of colleagues, and the potential to be transformational leaders at community, state, and national levels.

Meet our current scholars and alumni. 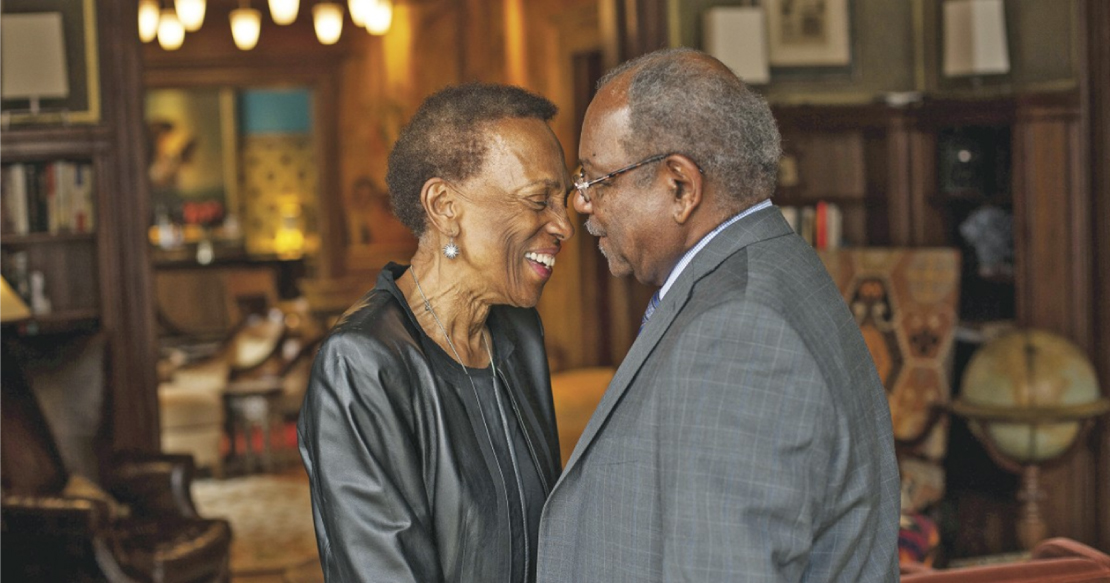 Philanthropists C. Sylvia and Eddie C. Brown established the Brown Scholars Program at the Bloomberg School in 2008 to improve the health outcomes of low-income families in Baltimore.

Eddie and Sylvia’s community and philanthropic efforts have been extensive. The Brown Family Foundation was established in 1994 as a vehicle for the family to support charitable organizations addressing needs in the areas of health, the arts, and K-12 education. The Brown Scholars Program at the Bloomberg School aligns with the values and mission of the family. In particular, the Browns want the scholars to use their academic knowledge and research in the community for an extended time and make a significant, transformative impact.

Eddie Brown was born in Apopka, Florida. He lived with his grandparents and uncle until he was 11 years old. At that point, he relocated to Allentown, Pennsylvania with his mother, where he attended an integrated high school and was one of just five African American students. He was a top academic performer and graduated with honors from Allentown High School.  Brown attended Howard University, with the financial support from a local business owner in his town.  At Howard, he met and later married his college sweetheart, C. Sylvia Thurston. The couple have three daughters and three grandsons.

Eddie served as an active-duty Signal Corps officer for two years after finishing his degree. Afterward he joined IBM’s Systems Development Division, where he spent five years designing computer circuits for large mainframe computers. During his time with IBM, he also earned a master’s degree in electrical engineering from New York University and a MBA degree from Indiana University. In 1973, Brown moved to Baltimore to serve as a portfolio manager at T. Rowe Price. A decade later, Brown left to start Brown Capital Management, which initially operated out of his suburban Baltimore home. An autobiographical book about Brown titled Beating the Odds: Eddie Brown’s Investing and Life Strategies was released in May 2011.

C. Sylvia Brown’s career has been divided between education and business. Sylvia taught middle school in Red Bank, New Jersey and in Hyde Park, New York. She also taught at the Baltimore City Community College, and for five years she was assistant director of admissions and registration. On the business side, Sylvia worked for 13 years in property development and management of the Brown family’s real estate in Baltimore City. In 2013, the couple received honorary doctorate of humane letters degrees from Johns Hopkins University; the first husband and wife to do so in the history of the University. The twosome also received honorary doctorate of humane letters degrees from Maryland Institute College of Art (MICA) for their extraordinary contributions in the arts, education, and community. In 2015, the couple was awarded honorary doctorate degrees from their alma mater, Howard University.

How Quiet Donors Became Champions for Black Giving by Maria Di Mento, August 6, 2019 in The Chronicle in Philanthropy.

Philanthropists Eddie and Sylvia Brown donate $3.5 million to the Baltimore Museum of Art by Mary Carol McCauley, February 8, 2019 in The Baltimore Sun.