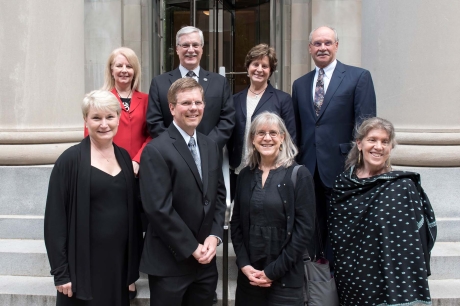 On May 2, 2017, Kellogg Schwab was installed as the Abel Wolman Professor in Water and Public Health, created at the Johns Hopkins Bloomberg School of Public Health with an endowment gift from William C. Clarke, III through the Osprey Foundation and matching funds from the Maryland E-Nnovation program. It all started ten years ago with $30,000 and two risk-takers who just wanted to bring clean water and sanitation to the 2.4 billion people who need it.

Clarke, a retired hedge fund manager, was launching a second career in philanthropy, working with Guatemala’s Mayan population. Mayan women, like many women in the developing world, must spend long hours collecting water and caring for children with waterborne parasites. Investing in water, sanitation and hygiene (WASH) “seemed like one of the most important ways to advance human rights and assist these women.”

Based on Schwab’s expertise in safely managing pathogens in human waste, such as norovirus, Clarke first contacted Schwab in 2006 to help him test a prototype ceramic water filter for home use. Their collaboration intensified when Clarke invested $30,000 in Schwab’s proposal to replace paper questionnaires with cellphone-based surveys of local water needs. In 2008, Schwab’s team began using the phones with open-data kit (ODK) software to interview villagers near Accra, Ghana about the impact of a rural water treatment plant. By digitizing forms and storing data in the cloud, a small team can rapidly collect thousands of interviews.

After hearing Schwab’s talk on the Ghana project, Amy Tsui, then director of the Gates Institute for Population and Reproductive Health, saw ODK’s potential to revolutionize family planning surveys. Schwab agreed to share his team’s software with the Gates Institute if they would include questions about WASH. The resulting combined survey evolved into a $40 million grant from the Bill and Melinda Gates Foundation for the Performance Monitoring and Accountability 2020 initiative to measure and evaluate WASH, family planning, and other health indicators in 11 Asian and African countries.

Such results are the endgame of Clarke’s gutsy gifts, intended to leverage other resources and originate a cascade of game-changing innovations in WASH. According to Schwab, the Wolman Professorship originated in Clarke’s willingness to “give me faith and the rope to climb or hang. His continuous support over the past decade has been liberating and has enabled me to learn what does and doesn’t work.”

Their collaboration has also leveraged faculty support to benefit Schwab’s students, with whom Clarke regularly visits to learn about their work. “It’s absolutely fascinating to hear about their passions, since they’re the best and brightest and are the ones who are going to make a difference. That’s one of the beauties of being local.”

Along with Clarke’s fundamental support, another key component in establishing the Wolman Professorship was Maryland’s E-Nnovation program, which provides state matching funds to establish professorships at nonprofit universities to support science and technology research. The E-Nnovation program's goal is to stimulate solutions to national problems while fueling statewide job growth and economic development.

Since the program requires the professorship holder to work at least one day per week in support of entrepreneurial activities with a private company, Johns Hopkins University could cite the alliance that Schwab brokered in 2013 between the Bloomberg School’s Center for Water and Health and environmental engineering firm MWH Global (now part of Stantec). MWH Global, which agreed to relocate part of its research laboratory to the School, connected Schwab and his students with MWH engineers to solve global problems for clients ranging from industry heavyweights to city governments. The students gain experience with commercial approaches and can ask questions that go beyond their core studies. 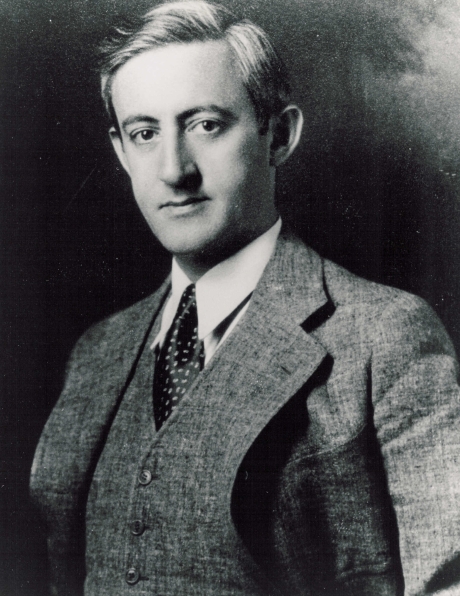 Clarke and the School agreed to honor the University’s global leadership in water and public health by naming the professorship for Abel Wolman, the legendary chair of Sanitary Engineering in the schools of Engineering and Public Health. Wolman had co-developed the chlorination formula used to disinfect water supplies worldwide, planned the water systems in 40 countries, and convinced the World Health Organization to include environmental sanitation in its original charter.

The Abel Wolman Professorship in Water and Public Health was built on a decade of productive collaboration between Bill Clarke and Kellogg Schwab, who are both dedicated to taking the right risks to make clean water a reality for a thirsty world. They and others who share their adventurous humanitarian spirit are driving excellence in research and innovation at Johns Hopkins University.

Please join us in preparing students and faculty to protect health and save lives—millions at a time. For more information on endowed professorships, please contact the Development office.