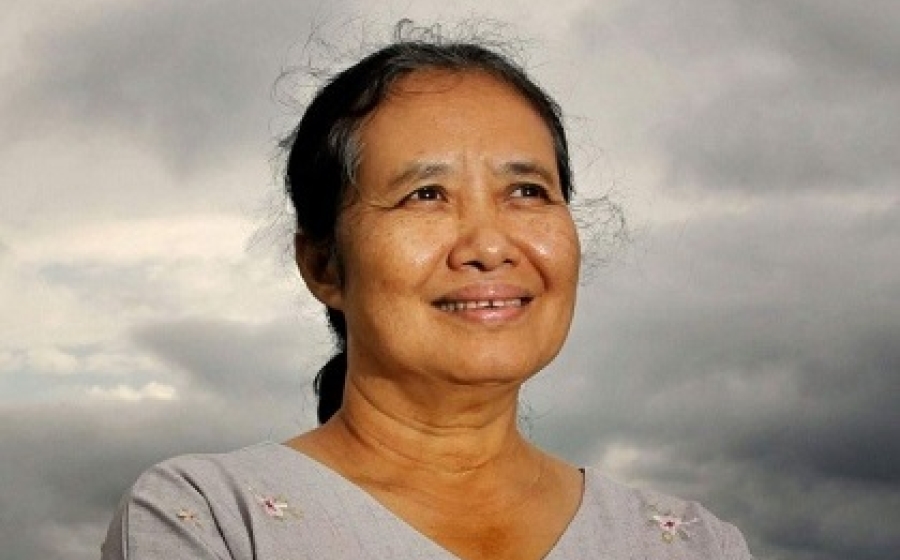 CYNTHIA MAUNG IS ONE of the many public health heroes who have been honored at the Bloomberg School by an endowed scholarship created in their name. Maung, a Burmese doctor, has risked her life daily to provide expert care for Burmese refugees living in camps on the Thai-Burmese border. Branded by the Burmese junta as an insurgent, but known locally as Dr. Cynthia, Maung has dedicated her career to improving public health at great personal cost.

After the military seized power in Burma (now Myanmar) in 1988, thousands of activists fled the country or were forced into hiding. Dr. Cynthia and 14 colleagues escaped with few provisions or personal belongings and, using the limited supplies they carried on their backs, treated villagers along the way.

Arriving at the Thai-Burma border city of Mae Sot, Dr. Cynthia joined the pro-democracy movement and founded the Mae Tao Clinic. Using ingenuity to keep standards high but costs low, she sterilized instruments in a rice cooker. Despite the Thai government’s disapproval, and the Burmese government’s attempts to deter her by killing and arresting her medical staff and burning down five of her six field clinics, Dr. Cynthia went on to establish schools, orphanages and safe houses on the Thai border.

Today, Dr. Cynthia Maung continues to surmount the challenges of providing health care to this persecuted population. Each year, over 2,700 babies are delivered at the clinic. Its facilities and activities keep growing, with 400 to 500 patients daily served by a staff of about 700. More than 75,000 clients each year receive comprehensive health and child protection services. Maung has received many awards, including the first Jonathan Mann Award for Health and Human Rights (1999), the Ramong Magsaysay Award (2002), the National Endowment for Democracy's Democracy Award (2012); and the Sydney Peace Prize (2013). She was named one of Time Magazine’s Asian Heroes in 2003.

Inspired by Maung's amazing achievements and bravery, anonymous donors established a scholarship fund at the Bloomberg School in 2006 and officially named it The Dr. Cynthia Maung Endowed Scholarship Fund in 2011. The scholarship’s benefactors want to offer a Johns Hopkins education to exceptional students in greatest need who, like Maung, have extraordinary integrity and a deep dedication to extending public health to improve the lives of refugees and other oppressed populations.

Each year, the Bloomberg School accepts brilliant future public health leaders with so much to offer the world, yet they must decline because they lack the financial resources to enroll. Please consider making a gift to assist them by clicking the button below, or contact a gift officer at 410-955-5194.