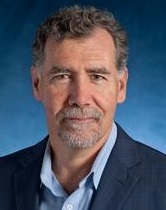 “FATHER, WE NEED YOUR HELP ON THIS ISSUE,” Chris Beyrer told his South African mentor and friend, Anglican Archbishop Desmond Tutu. It was 2010, and the Ugandan parliament was debating legislation that would increase criminal penalties for homosexuality, including life imprisonment.

As Archbishop of Capetown, Tutu received the Nobel Peace Prize in 1984 for his fight against South Africa's apartheid laws, which were repealed in 1993. The new president, Nelson Mandela, entrusted Tutu with chairing the Truth and Reconciliation Commission that investigated the atrocities committed under apartheid.

They are an unlikely pair, the young Buddhist American epidemiologist and the elderly Christian African cleric, yet their tandem advocacy for human rights in the realm of public health has been nothing short of historic.

Tutu and Beyrer have collaborated to mobilize support to address issues such as the collapse of the economy and health care system in Zimbabwe in 2008 (for which Beyrer was a co-author of the emergency report by Physicians for Human Rights), the Darfur genocide in Sudan, and the persecution of Nobel laureate Aung San Suu Kyi, one of the 2,200 political prisoners in Burma. But it was through their alliance on human rights for LGBT Africans that “our relationship changed and got closer,” Beyrer says.

“I have no doubt that in the future, the laws that criminalise so many forms of human love and commitment will look the way the apartheid laws do to us now—so obviously wrong.”
—Archbishop Desmond Tutu in The Lancet

In response to Beyrer's request, Tutu penned a Washington Post editorial in which he said, “Hate has no place in the house of God.” He explicitly connected the fact that gay and lesbian Africans lived in fear and hiding, away from the protection of the state, to their inability to access desperately needed HIV/AIDS prevention and treatment services.

Concern for human rights as a critical aspect of public health is not new. Today's headlines are eerily familiar to those who remember 1940s newsreels showing waves of refugees who endured wartime public health crises.

The Bloomberg School supplied much of the compassionate leadership behind the founding of the World Health Organization and the United Nations Refugee and Resettlement Administration.

Today's headlines recall the global turmoil of 70 years ago, yet until recently, the seemingly obvious intersection of public health and human rights had receded into the memory of older generations.

Beyrer revived the School's work in this area by founding the Johns Hopkins Center for Public Health & Human Rights (CPHHR) in 2004. In its response to violations of human dignity and the right to health at the population level, CPHHR pursues a two-pronged strategy: measure the violations' impact with population-based methods, and minimize their consequences with innovative public health approaches.

“Young public health students and alumni have a real yearning, but don't know how to integrate human rights into their work.”
—Chris Beyrer

There is no shortage of opportunities for practice. Beyrer's expertise centers on HIV/AIDS, but human rights is an essential component of many other public health issues including trauma, environmental health, and the influence of gender on health status.

2014 was a big year for Beyrer: he was elected both president of the International AIDS Society and to membership in the Institute of Medicine.

Value of an Endowed Professorship

An endowed professorship is perhaps the best way to anchor and secure the future of a high-caliber research center such as the Center for Public Health and Human Rights. A professorship is multi-generational, and honors those who are at the forefront of the work in a particular field. The Archbishop Tutu Professorship honors the relationship between this phenomenal human rights leader and Beyrer, one of the most highly recognized researchers and advocates for health as an inalienable, universal right.

The professorship also speaks of the power that individual generosity can have to advance the cause of social justice and public health. Edward and Kathleen Ludwig have been deeply involved in CPHHR, and Kathy has chaired the center's advisory committee since 2010. Ed is emeritus chair of the Bloomberg School Health Advisory Board, and Kathy also serves on the HAB.

Since they first met Beyrer on an HAB trip to Thailand in 2000, CPHHR has been a fundamental part of the Ludwigs' personal philanthropy. They decided to contribute to endowing the Tutu Professorship because “Chris was such a special person,” the Ludwigs explained, “we wanted to support his work and attract more money for the Center overall. The endowed professorship shows the Center's importance to the School, and gives it permanence and gravitas.” In 2018, the Ludwigs were pleased to be able to join Beyrer in South Africa when he was installed as the Tutu Professor during a celebration that included the archbishop.

“You discover the many levels of human rights violations that are out there, and now the Center's faculty can explore more ways to address them.”
—Kathy Ludwig

Kathy has noticed that the greater emphasis on public health and human rights has helped to increase collaboration among the School's centers, such as for symposia on Ebola and gun policy, which are also human rights issues. “Human rights is not one area, it intersects with many other issues the school is working on, such as water.”

Ed added, “the name of Johns Hopkins lends its weight when speaking truth to power and advocating for change. Then they teach students how to do the same thing. No other institution brings all of that together under one roof. The Center is the amplifier for the human rights aspect of public health.”

The number and severity of public health and human rights challenges that arise almost daily, only underscores the importance of both doing and expanding this work.

To learn more about endowing a professorship at the Bloomberg School, please contact Heath Elliott, Associate Dean for Development and Alumni Relations, at 410-955-5194.