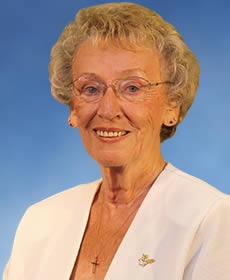 “HOPKINS HAS BEEN GOOD TO ME, especially the people I’ve worked for at the School,” says Ethel Poplovski in her office on the sixth floor of Hampton House, where she has worked as a secretary in the Department of Health Policy and Management since the days when it was still called Health Services Administration. Her gratitude prompted her to ask herself, “What can I give them?” Ever practical, Poplovski admitted that “I’m not a shopper. People just end up exchanging birthday or holiday presents they don’t like, but I don’t have to worry about that.”

Poplovski found her answer in making gifts to the Annual Funds. The series of faculty for whom she has worked “all have had the students in their hearts. I gave in honor of them.” If one of “her” faculty members passes away, Poplovski makes a memorial contribution to the fund established in their name or to the student scholarship fund in their department.

Poplovski grew up a mile from the Bloomberg School. In her East Baltimore home, schools, and church, she learned an ethic of giving back. “I firmly believe the more you give, the more you receive,” she says.

Poplovski knows how to pick her bosses. Since she started working at JHSPH in 1963, every faculty member she’s served has risen to prominence in their respective fields. But more importantly, they have, in Poplovski’s words, “respected me and my opinion and that’s grown over the years.” Her 23-year giving streak was initially triggered by Karen Davis, who served as HPM chair from 1983 to 1992.

“I wanted to recognize what a pleasure it was to work for Karen Davis. She saw in me what I didn’t see in myself and led me in directions that I’m still pursuing today.”
—Ethel Poplovski

Students are also high on Poplovski’s list of reasons to give. “If it weren’t for the students, what would we be doing here?” she asks philosophically. “Maybe it’s the mother in me, but I feel for them, and know it’s expensive to come to a school like this. I just want to see if I can help in any way.” 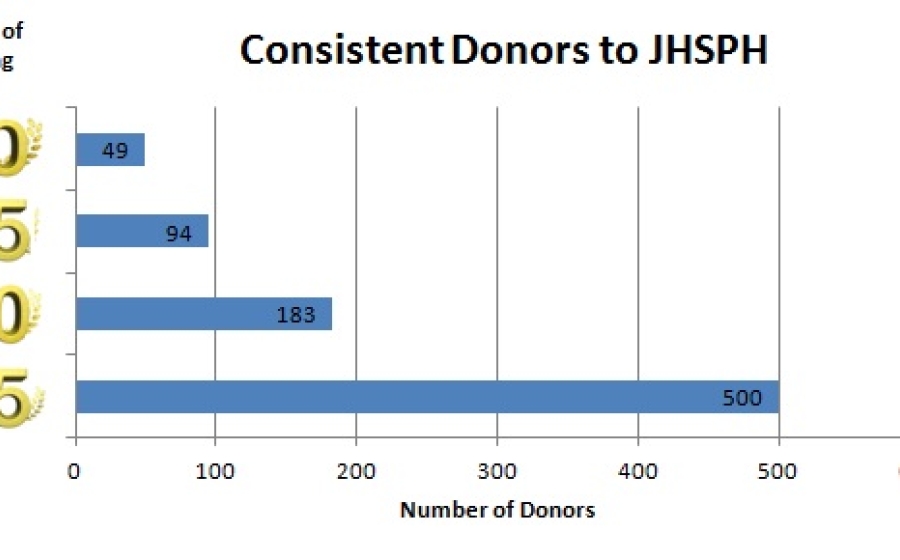 And there is one last reason that Poplovski gives: her strong identity with the Bloomberg School itself. When she was a child, her family sought medical care at the Eastern Health District clinic on Caroline Street and at the other surrounding hospitals, but never at Johns Hopkins. “They were hesitant to come, but I convinced my family to see what a great hospital it is. I knew, because I worked here on the medical campus.”

Of her career at JHSPH, Poplovski says that she “knows I was led here, and I hope I’m fulfilling my purpose. I thank God every day for all my blessings.” Consistent donors like Ethel Poplovski help the School fulfill its purpose of producing more passionate public health leaders and new ways to prevent illness, injury, and death.

Year after year, our most loyal core supporters make a huge difference in the amount of flexible funding available for scholarships, faculty support, and special leadership opportunities. Even a small gift makes a big difference, when multiplied by many donors over many decades.

Join Ethel and experience the fulfillment of making a gift to the Bloomberg School today.