When C. Sylvia and Eddie C. Brown established a doctoral scholarship program at the Bloomberg School in 2007, they had big dreams for the recipients. They wanted Brown Community Health Scholars to learn to be top-notch researchers and savvy policy engineers who would go forth from the Bloomberg School to identify and eradicate the roots of health disparities.

To ensure that all Brown Scholars can achieve these lofty goals, each receives full tuition for the doctoral program and an annual living stipend for up to five years. Brown Scholars are paired with a Bloomberg School faculty mentor who is committed to assisting the student’s work to improve urban health in Baltimore. Brown Scholars also receive funding to launch their own community health project, which allows them to forge their doctoral research and practice agenda. 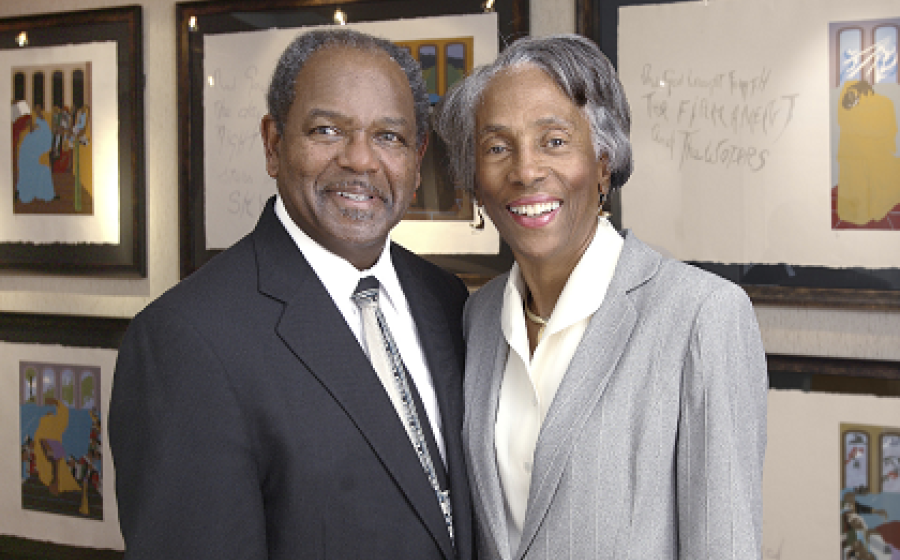 The Browns and the Bloomberg School were a match made in Baltimore. The couple moved to Baltimore from small-town Indiana in 1973, when Eddie was hired at T. Rowe Price. A decade later, he founded Brown Capital Management, which has grown into a highly successful investment management firm. The couple have been active philanthropists in Baltimore for decades, focusing on health, the arts and education. Sylvia has served on the Bloomberg School’s Health Advisory Board (HAB) since 2004.

The idea for the Brown Scholars was born in 2005 during the Browns’ first Public Health in Action trip with the HAB led by Dean Alfred S. Sommer, MD, MHS ’73. Eddie became fascinated with public health and witnessed the high regard for the Bloomberg School in every country they visited. But Eddie challenged Dean Sommer to explain why the number one school of public health wasn’t doing more to address the terrible health conditions right at its own front door. The Browns were shocked to learn from the School’s own research that life expectancy in Baltimore is as much as 20 years longer in the wealthiest zip codes than in the poorest.

Sommer invited the Browns to dinner and said, “I heard you loud and clear. If you can help us establish a PhD fellowship program for candidates studying ways to improve health in Baltimore and other urban settings, the School will provide matching funds.” With their founding gift to support the first 5 students, Sylvia and Eddie brought the Brown Scholars program to life.

In addition to the ten Brown Scholars currently enrolled, 12 graduates are already making their impact felt through their research and work in urban communities. The Scholars’ current positions include director of research services in population health at Children's Medical Center in Dallas, assistant professor of health studies at American University, and research manager at the New York City Mayor’s Office of Criminal Justice. Six have embarked on academic careers at the Bloomberg School, Harvard University, American University and the National Academies of Science. 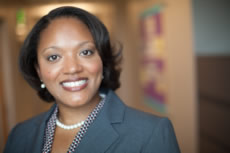 Michelle Taylor, MD, DrPH ’15 is a Major and Flight Surgeon in the Tennessee Air National Guard. From 2014 to 2016 she served as Associate Medical Director and Deputy Administrator for Maternal and Child Health at the Shelby County, Tennessee, Health Department, overseeing programs that served under-resourced families through home visitation, case management, and outreach education. Taylor, a pediatrician, has been selected as a 2017-2018 Commonwealth Fund Mongan Fellow in Minority Health Policy at Harvard University. Taylor called the Brown Scholars program a “transformative” experience that “heightened my sense of what public health practice and research can do to empower vulnerable populations and improve the quality of life for all populations.”

“The seminars allowed the Brown Scholars to keep our fingers on the pulse of urban community health, particularly in Baltimore, while encouraging us to take advantage of the wide array of options available to us at the Bloomberg School.”
—Michelle Taylor, MD, DrPH ’15

Moving the Brown Scholars to the next level

The Browns had originally intended for the program to support the recruitment of African Americans into the field of public health. This goal dovetails with the recommendations of the Institute of Medicine and others that increasing the representation of minorities in the health professions was a key strategy for eliminating health disparities. But in light of legal challenges to considering race as a factor in university admissions, Johns Hopkins at that time was reluctant to formally limit scholarships to African American students. Indeed, nationwide, enrollment of racial and ethnic minorities in public health, nursing, medicine, and dentistry had stagnated despite America’s growing diversity.

As the second five-year term of funding for the Brown Scholars neared its expiration, Dean Michael J. Klag, MD, MPH ’87 made extending the program a fundraising priority. He met with the Browns, who reasserted their original intention to recruit more black PhD students to the Bloomberg School.

In order to assess the value of such a program for the School, in March 2015, Dean Klag appointed an Ad Hoc Committee on Student Diversity led by Associate Professor Keshia Pollack. Reviewing progress over the past decade, the committee found that each year, the JHSPH Office of Admissions actively recruits 300 to 500 prospective students from underrepresented minorities at annual fairs and conferences including the Annual Biomedical Research Conference for Minority Students, Society for Advancement of Chicanos and Native American Science, and Gates Millennium Scholars events.

Yet significant increases in the cost to attend the Bloomberg School have discouraged many students from applying, especially those with already-high student loan debt. Dedicated funding for scholarships was absolutely critical to ensure that the brightest and most promising African American accepted applicants would choose to enroll at Johns Hopkins.

The committee concluded that scholarships for African-American PhD students would have significant value for the School and the field of public health.  The committee also found that establishing such scholarships is essential for enhancing diversity and ensuring the quality of the educational experience for all students. To advance the Bloomberg School’s mission of protecting health and saving lives, millions at a time, public health research and practice activities must address health disparities and inequities that are barriers to improving population health.

“Renewing and expanding the Brown Scholars is really about our mission to improve health outcomes globally and in Baltimore. Supporting PhDs who focus on health disparities shows our commitment to research as a key component of addressing the problem. And it was great to find donors who really wanted to make that happen.”
—Associate Dean for Student Services Mike Ward

Associate Dean for Student Services and committee member Mike Ward praised the new extension of the Brown Scholars program, saying that he “hoped this gift will not only bring in more underrepresented minorities, but also attract students who may not have considered public health or Johns Hopkins before.” The Bloomberg School is truly grateful for the generosity of Eddie and Sylvia Brown for making it possible to realize the dream of a truly diverse student body and, ultimately, a stronger, more representative public health workforce.