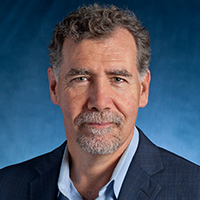 Dr. Chris Beyrer is the inaugural Desmond M. Tutu Professor in Public Health and Human Rights at the Johns Hopkins Bloomberg School of Public Health. He is a professor of Epidemiology; International Health; Health, Behavior and Society; Nursing; and Medicine at Johns Hopkins University. He serves as director of the Johns Hopkins Training Program in HIV Epidemiology and Prevention Science and as founding director of the Center for Public Health and Human Rights. He is the associate director of the Johns Hopkins Center for AIDS Research (CFAR) and the University’s Center for Global Health. Dr. Beyrer has extensive experience in conducting international collaborative research in North and South America, sub-Saharan Africa, South and Southeast Asia, Eastern Europe, and Central Asia. He has spent much of his career focusing on the intersection of health and human rights. He served as president of the International AIDS Society from 2014 to 2016, and was elected to membership in the National Academy of Medicine in 2014. He currently serves as senior scientific liaison to the COVID-19 Vaccine Prevention Network of the U.S. National Institutes of Health. 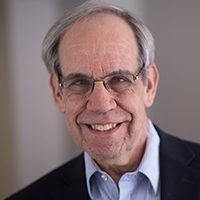 Len Rubenstein is Professor of the Practice in the Department of Epidemiology at the Johns Hopkins Bloomberg School of Public Health and director of the Program in Human Rights, Health, and Conflict. He is also a core faculty member of the Berman Institute of Bioethics and the Center for Humanitarian Health at Johns Hopkins University. Prior to coming to Johns Hopkins in 2009, he was a Jennings Randolph Senior Fellow at the United States Institute of Peace, and was previously executive director of Physicians for Human Rights and executive director of the Judge David Bazelon Center for Mental Health Law. He is the recipient of numerous awards, including the Congressional Minority Caucus’s Healthcare Hero Award and the American Public Health Association’s Sidel-Levy Award for Peace. He has appeared before Congress, the World Health Assembly, and the UN Security Council. He has a JD from Harvard Law School and an LLM from Georgetown Law School. He is the author of the recently published book, Perilous Medicine: The Struggle to Protect Health Care from the Violence of War. 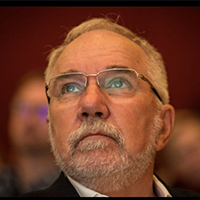 Dr. Sergii Dvoriak has almost 50 years of experience in addiction medicine and psychiatry. He created the first outpatient treatment program for alcohol and drug dependence under the Minnesota Model, an addiction treatment approach, in Ukraine in 1991. Since 2000, he has primarily worked in the HIV/AIDS field, focusing on prevention among people who inject drugs. After completing postgraduate training in addiction medicine and HIV prevention at the Johns Hopkins Bloomberg School of Public Health, he worked with UNDP-Ukraine as a public health expert where he and colleagues created the first opioid substitution treatment program in Ukraine in 2004. After completing the project, he established the Ukrainian Institute on Public Health Policy with colleagues, where he currently serves as director and senior scientist. From 2012 to 2018 he served on the Governing Council of the International AIDS Society. 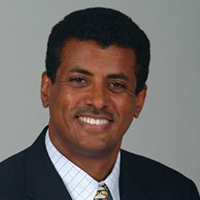 Dr. Mulugeta Gebregziabher is a professor of Biostatistics and vice chair for Academic Programs at the Medical University of South Carolina. He is a health scientist investigator and Methods Core leader with the Health Equity and Rural Outreach Innovation Center (HEROIC) at the Health Services Research and Development Service (VA HSR&D), Charleston Veterans Affairs in South Carolina. He is also director of the Health Resources & Services Administration-funded Region IV Public Health Training Center for South Carolina. A Fellow of the American Statistical Association, he received his PhD from the University of Southern California in 2006. His research focuses on applications in medicine, public health, and health services research, in addition to statistical methodology development in those areas. He is a global health researcher with collaborations in Africa and Lebanon. He has served as president of the South Carolina Chapter of the American Statistical Association (ASA), president of the Statistical Society of Ethiopians in North America, and officer of the Statistics in Imaging Section of the ASA. He serves in study sections and several editorial positions including as an editorial board member of the journal BMJ-Heart. He is founding secretary of Engaging Diaspora in Research and Education Advancement through Partnerships (ED-REAP) and serves on advisory boards of several charity organizations including Worldwide Fistula Fund, and is vice president of Security and Justice for Tigrayan. More importantly, he is an advocate for humanity and against war. 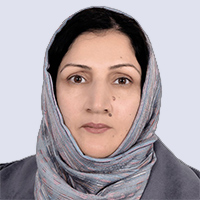 Dr. Ghutai Sadeq Yaqubi is an Afghan physician and OB/GYN specialist with more than 19 years of experience in reproductive, maternal, newborn, child, and adolescent health. Dr. Yaqubi has worked in several positions with the Ministry of Public Health of Afghanistan and national and international organizations since 2001. Dr. Yaqubi was a member of the expert team that developed Afghanistan’s National Reproductive, Maternal, Neonatal, Child, and Adolescent Health (RMNCAH) Strategy 2017–2021. She has also made significant contributions to the development of RMNCAH guidelines, protocols, tools, and standards, as well as a mother and child health handbook. Dr. Yaqubi is an active promotor of the inclusion of cost-effective, culturally appropriate, and high-impact RMNCAH interventions in the health system of Afghanistan. She earned her medical degree at the Kabul Medical University and her Master of Public Health at OPJS University in India.