Faith leaders provide critical support for individuals, families, and communities impacted by substance use disorders, and they are ideally positioned to raise awareness and prompt action. However, their contribution—and untapped promise—as a means to address harms arising from substance use disorders has often been overlooked.

President Bill Clinton is convening leaders from across the faith and public health communities to take action on the overdose crisis in 2021 and beyond. This work is more important than ever before, with an estimated 93,000 individuals dying from a drug overdose in the United States in 2020, the most of any year on record.

Through a partnership with the Clinton Foundation, Johns Hopkins Bloomberg School of Public Health, and The Centre for Responsible Leadership, national leaders from faith and science will convene to explore the promise of a collaborative relationship, to reduce stigma about addiction, educate about prevention, treatment, and recovery, and advance policies and programs that save lives.

The next convening hosted by President Bill Clinton focused on how local, state, and national government policy, informed by critical research, is necessary to address substance use disorders and reverse a dangerous trend of increasing overdose deaths. The conversation was moderated by Dr. Leana Wen, emergency physician, public health professor at George Washington University, and nonresident senior fellow at the Brookings Institution; and featured Dr. Nora D. Volkow, director of the National Institute on Drug Abuse at the National Institutes of Health; and Sister Simone Campbell, a Roman Catholic Sister of Social Service, religious leader, attorney, and author with extensive experience in public policy and advocacy for systemic change.

This discussion followed an event hosted by President Clinton in May on the role of racial and ethnic disparities in the addiction and overdose crisis, which featured CNN Chief Medical Correspondent Dr. Sanjay Gupta; Bishop Vashti McKenzie of the African Methodist Episcopal Church; and Dr. David Satcher, 16th Surgeon General of the United States. 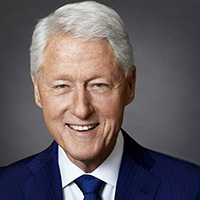 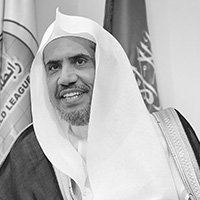 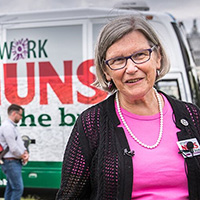 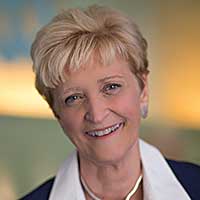 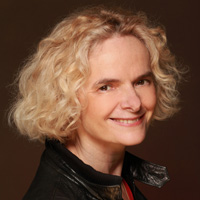 Learn more about the first event in the series that took place on May 4, 2021.

Sign up to be notified about future events on this topic.