The Inflation Reduction Act has the potential to save Americans billions of dollars in drug costs.

For nearly 20 years, the Medicare program has been at the mercy of the private sector. But the Inflation Reduction Act, recently signed into law by President Biden, promises to lower prescription drug and health care costs, giving much needed relief to the program’s enrollees.

In this Q&A, adapted from the September 2 episode of the Public Health On Call podcast, Stephanie Desmon talks to health policy expert and Health Policy and Management Professor Gerard Anderson, PhD about the changes the act brings, why they were so long in coming, and what issues still need ironing out.

This article was adapted from the September 2 episode of Public Health On Call Podcast.

What does the new Inflation Reduction Act do for Medicare and drug pricing?

It has three major components. The first one is that drug companies aren't allowed to raise their prices faster than the rate of inflation, which they have been. This will keep drug prices down.

The second thing is that the Medicare program can, for a subset of drugs, negotiate the prices directly. These are very expensive drugs, [so this] will save billions of dollars in the negotiation. The third thing is that, in the past, Medicare fee-for-service beneficiaries have had unlimited out-of-pocket expenses. Now they will be limited to only $2,000 a year.

What do you think the impact is going to be?

The estimation by the Congressional Budget Office is about $290 billion in savings over 10 years. For a consumer, it will be lower Part B and Part D premiums—which is what they have to pay every month to get Medicare drug and physician coverage. If they have a very expensive drug, they're only going to have to pay at most $2,000. For some people that have been paying $20,000 a year for their drugs, that's $18,000 a year in savings.

Why wasn't Medicare able to negotiate better prices for its clients?

In 2003, Congress passed legislation establishing the drug benefit in the Medicare program. But they decided that unlike all other government health care programs, where the government sets the rates, they were going to have the private sector set the rates. They created entities called PDPs—pharmacy drug plans—and they are the ones that negotiate with the drug companies over the prices. It turns out that for many things, they're able to negotiate very good prices. On the other hand, if there's only one drug that treats a particular disease, then they have no bargaining ability and the drug companies can set whatever price they want.

So, this has been an issue for nearly 20 years?

I helped work on the legislation in 2003. When Democrats took over the House of Representatives and Nancy Pelosi became House speaker in 2005, they called me in and said, “We're going to try to pass legislation allowing the government to negotiate the drug prices.” Which they did.

However, to get the Affordable Care Act passed, they pushed [drug price negotiations] to the back burner until very recently. It's always been on the agenda. But now we actually got a specific piece of legislation through.

Are you surprised it took so long?

No. I've been in Washington for a very long time. Legislation always takes five years, 10 years, for two reasons. One is just to get the American public, and therefore the senators or representatives, to understand the issue. And second, from a technical point of view, getting the legislation to work the way you want it to is very complicated. We spent time within the last two and a half years working with the U.S. House of Representatives on their version of the legislation, and then moved over to the Senate, who said, “No, we don't like that version of that legislation, we want to design our own.”

It takes a long time. You have to talk to a lot of people, and you have to think of every eventuality that you possibly can—and you still don't anticipate all of them.

Ballooning drug costs in this country are a huge economic issue. Will this affect the bottom line for people with private insurance?

It will, for a number of reasons. First of all, the rate of increase in drug prices will apply both to the public and the private sector, because the drug companies only raise one price, the price for the drugs. It's the price for you, and it's the price for a Medicare beneficiary. They've been going up much faster than overall inflation. Everybody will benefit from the legislation.

Why do you think the attempt to cap insulin costs at $35 a month failed? How important is it to get that passed?

It was supported by the Democrats and a minority of the Republicans, but not enough to overcome a filibuster. Most of the bill passed under reconciliation, which meant that you could do it with only Democratic votes. But for this, which applied to the private sector, it was not deemed to be appropriate under reconciliation. You had to get a 60-vote majority and the Republicans weren't willing to do that. They wanted the market to determine the rate instead of the government.

Do I think it makes much of a difference? No. There are two reasons why. The first one is that a number of nonprofit entities have entered the market to manufacture insulin and other generic drugs. We've been working with a number of groups that are going to manufacture insulin at $35 or $40. The second thing is that many states, including Maryland, have capped the price at approximately $30. The cap would have been nice, but because the market is changing and states are acting, we don't actually need it as much as we might have.

What will be the impact of this bill five years from now?

You will see some substantial savings, but we haven't solved all the problems. The major problem that we haven't solved, is that new drugs are entering the market at very high prices. We worked as hard as we could, trying to figure out the right way to control prices for new drugs.

We've seen drugs that have entered the market at $100,000. We've seen drugs that entered the market at $2 million. Who could afford$100,000 for a drug, let alone a $2 million drug, even if you're paying only 10% or 20%? It's an outrageous amount of money. We're going to have to figure out how to deal with these entries of new drugs. We have some ideas that we're working toward, but it's probably going to take us another year to have enough information to explain to Congress a legitimate way to do it.

Are you hopeful that it will happen?

I'm always hopeful. I'm always optimistic. Having done this for 40 years, I can tell you most of the time we win. We won't win tomorrow. We won't necessarily win this year, but we ultimately win because in most cases, we're doing the things that really the government and the public need. 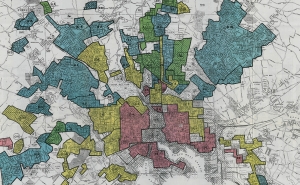