Existing neighborhoods broken apart by major highways. Rural areas that are internet deserts. Unreliable or fragmented public transportation systems. The Bipartisan Infrastructure Bill, signed by President Biden on November 15, 2021, provides funding to states to address all of these problems. And it has enormous potential to improve communities’ and individuals’ health, says Keshia M. Pollack Porter, PhD ’06, MPH, professor in Health Policy and Management and vice dean for faculty at the Bloomberg School.

In this Q&A, based on the January 10 episode of Public Health On Call, guest host Andrea McDaniels talks with Pollack Porter about the $1.2 trillion plan to rebuild America's infrastructure—and whether it can repair the impact of generations of biased policies that hurt Black and disadvantaged communities.

Let’s start by laying out the historical background. How have past infrastructure policies impacted disadvantaged minority communities?

I think we can look back to as early as the 1950s and how planners of our interstate highway systems routed some highways in this country directly—and sometimes purposefully—through Black and brown communities. In some instances, we know the government took homes by eminent domain. The impact of this has, I believe, left deep psychological scars and trauma on neighborhoods that lost homes, that lost schools, that lost connection to community.

We know that transportation policy and investment have affected the development of Black and brown communities. There's a hope that what comes from the infrastructure bill will rectify these historical inequities, but it's going to be a challenge.

What weaknesses do you see in the law as far as ensuring inequity?

The big question everybody has is about implementation: How will that money be distributed? Will it be distributed in a way that addresses the racial inequities that are built into our transportation system and our infrastructure? That's the question, and without a clear answer, I think that's why there's been a lot of criticism.

One thing people have said is that the states will make a lot of decisions on who gets the funding. What other things do you see that might concern people?

When we look at the law, the language is not very specific because of federalism. We leave a lot to the states, and states will then distribute the dollars to communities.

There’s a question of whether states that contributed to these inequities can be trusted to make decisions to right those wrongs. Will communities that have been marginalized will now be prioritized for funding? That's a real question.

What we're seeing is people naming this as a problem. We see people advocating for resources to get to communities that have not been prioritized for investment. I think by holding our leaders accountable, we can ensure more equitable investments.

Are there other things the Biden administration could do to address these inequities moving forward?

Absolutely. There are ways to pass regulations to say that the dollars flowing from the federal government have to be allocated in a way that gets to communities that have not been prioritized for investment. Another way is, importantly, naming historical trauma and the structural racism that has gotten us to where this is even an issue. It’s critical to recognize the important role of transportation policy and inequities in our transportation system. We have to name it. We have to be committed to dismantling it. And then I do think we can try to guide those resources where they need to go, particularly to communities of color.

We're still seeing communities affected today. The Transportation Department actually invoked the Civil Rights Act to halt a highway project in Houston because there was concern about it going through a neighborhood. But can the federal government step in on every incident? Is that one of the weaknesses we could see?

That's a really important question. We can't rely on the federal government to intervene in every construction project where major highways cut through neighborhoods, forcing many residents to move. And I think that is really putting a bandaid on an issue that requires a lot more assistance.

We have to be proactive. There are ways for us to think intentionally about how we move forward with equitable investments before shovels hit the ground.

There are tools like racial equity impact assessments, where you can do an assessment of how those infrastructure dollars are going to impact communities, and how it will exacerbate or mitigate racial inequities. If we use tools like that to guide implementation, we can ensure that the dollars are being invested in ways that are not going to exacerbate racial inequities.

If we're doing that proactively, we won't have to rely on the federal government to invoke the Civil Rights Acts in order to rectify these wrongs.

This Q& A adapted from the January 10 episode of Public Health On Call Podcast.

Early in his administration, Biden signed an executive order—the Justice40 Initiative—to commit 40% of investments in clean energy, clean water, and other investments to disadvantaged communities. Do you think that can be used as a tool to ensure equity with infrastructure projects?

I think there's a lot of potential. I was really excited when the current administration named the importance of addressing racism, named the importance of ensuring that investments are going to communities of color—but again, it comes down to implementation. How are those dollars actually being shared with communities? How can dollars support development without displacement? And do communities have a voice and the ability to guide how those dollars are getting into the community? Are we empowering and engaging authentically with community members to talk about how dollars are directed? That needs to be a part of any strategy to address racial inequities.

We need trusted leaders from the communities. We're seeing that even now with COVID. There are a lot of parallels. We can't have academics or people seen as not having been trusted leaders come into communities and say to do things. We have to partner with leaders in communities. We have to get down to local grassroots organizing and create a space where we are sharing power and decision-making with community members to be able to talk about how investments should move forward.

I think we're seeing more of that in general in public health as we try to promote equity.

Absolutely. And we can draw really important lessons from public health for these other sectors. Certainly, transportation planners have engaged communities throughout the years, throughout decades. There are examples where that has not been done well but other examples where it has. We've learned a lot in public health, particularly during the current pandemic.

Are there particular areas of the country where you think people have to pay attention as the infrastructure bill is implemented?

There's a lot of focus on urban areas, but it is important to also see what's happening in our rural communities. In the grand scheme of things, our rural areas tend to receive fewer dollars than our urban areas. Looking at rural areas and at areas where communities of color are very prevalent across the U.S. makes a lot of sense.

If it's done right, how do you think this bill could impact communities?

If we can get there, we will be able to realize and achieve health equity, which is really assuring the conditions by which every single person can be as healthy as possible. I believe that is possible. And I think there's a lot of potential for this law to help us get there.

Can you talk a little bit more about the connection with health?

People may be familiar with the term social determinants of health or social drivers of health. Housing, transportation, education, where you grew up, your zip code, all of these things matter for health. The infrastructure law does a lot in terms of access to clean water for certain communities, getting broadband access to certain communities, increasing investments in public transit. These are all aspects of our society that can contribute to a person either thriving or not being as healthy as possible. That's why we need to focus on implementation, because there is the concern that the communities that have benefited for so long will just continue to get investments and the ones that have been left behind for so long will continue to be left behind.

If we make sure that any improvements to highways or roads ensure that people can walk and bike safely; that highways are not cutting through neighborhoods but are designed in a way that gives neighborhoods access to resources; that broadband is implemented in a way that brings internet access to communities that haven't had access—all of these changes can help improve the public's health.

They can also open up economic opportunities, which can also have an impact on health.

Absolutely. We know that economic attainment, income, poverty—all of these measures connect to health. If we can improve someone's access to a job that they couldn't get to because they don't have a car, just think about the impact that can have on a family. Or think about a family that has to travel two hours to get to a health care provider. By getting broadband into a community, they're able to access telemedicine. There are so many benefits for an individual’s or family's economic growth and potential, in addition to a community’s and neighborhood’s economic growth.

I guess time will tell if it's implemented correctly.

Yes. We have to keep an eye on implementation. And we have to speak up and mobilize and organize when we see things that are creating more harm than the good that they're intended to do.

Andrea McDaniels is director of communications for the Bloomberg American Health Initiative. 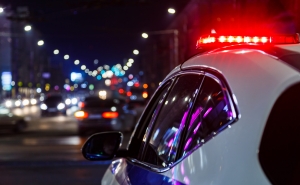 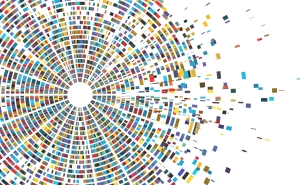