A new study led by researchers at Johns Hopkins Bloomberg School of Public Health found that state laws designed to curb opioid prescribing practices had no effect on opioid prescribing patterns for commercially insured adults overall or for people with chronic, non-cancer pain.

The study, published online March 15 in the Annals of Internal Medicine, addresses the concern that state laws aimed at addressing prescription opioid misuse might lead to some chronic pain patients missing out on critical pain treatment.

The U.S. opioid overdose crisis was initially driven by the overprescribing of pain medication nationwide. Since 2010, states have passed multiple laws designed to reduce opioid prescribing, including laws that limit the dose and duration of an opioid prescription and laws that regulate opioid dispensing by pain management clinics. Pain experts and patient advocates have expressed concern that these laws may negatively affect people with chronic pain by restricting access to opioid treatment without substituting effective non-opioid alternatives.

“While trends in the volume of prescriptions have been steadily declining over the last decade, our study suggests that those declines have not been driven by state opioid prescribing laws,” says Beth McGinty, PhD, MS, professor in the Department of Health Policy and Management and co-director of the Center for Mental Health and Addiction Policy Research at the Bloomberg School. “The findings suggest that the decline in opioid prescribing may be driven more by shifting clinical guidance, changing professional norms, or other factors.”

The study looked at 13 states that put one of the following laws in place in 2010 or later:

For the study, the researchers compared patterns in opioid prescribing and non-opioid pain treatments in these 13 states in the two years before and after the law was implemented to patterns in a group of control states over the same period.

For their analysis, the researchers used insurance claims data from the IBM Marketscan database—a national commercial insurance claims database that includes inpatient, outpatient, and pharmacy claims for 350 insurers. The study sample included 7,694,514 adults. Of these, 1,976,355 adults were diagnosed with non-cancer conditions that often lead to chronic pain—arthritis, low back pain, headaches, fibromyalgia, and/or neuropathic pain.

The study was supported by the National Institute on Drug Abuse (R01DA044987). 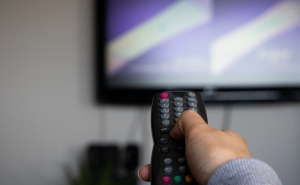 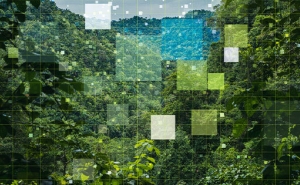