Anthropometry—the use of physical measurements of the human body—is valuable for assessing adequacy of fetal growth, maturation, and health at birth, and can help predict risks of subsequent poor growth, development, health, and survival throughout early childhood.

Newborn birth measurements are often not performed in many rural areas of South Asia where births often occur at home. In Bangladesh each year approximately half of the estimated 2.9 million live births occur at home, commonly assisted by midwives or traditional birth attendants. The most common measurement for home-birthed infants, if taken at all, is weight. Other infant measurements are often not performed during homebirths due to lack of equipment or training.

In a new study researchers at the Johns Hopkins Bloomberg School of Public Health and the JiVitA Project in Bangladesh explored the ability of five newborn body measurements, weight, length, and head, chest, and arm circumferences, to predict the risk of neonatal (< 28 days) and infant mortality (< 365 days). The study was conducted over a four-year period and analyzed more than 21,000 infants measured within 72 hours of birth in the northwest Bangladesh District of Gaibandha, an area typical of other rural regions in Bangladesh. The study was published in the May issue of The American Journal of Clinical Nutrition.

A series of statistical models was created and determined that any one measurement has some power to predict the risk of infant mortality, but any two combined measurements can further enhance this prediction. Surprisingly, it was determined chest circumference was superior in predicting the risk of infant death within the first month and year of life.

The best predictions were obtained by combining chest and head circumferences, at cut-offs of 28.5 cm and 31 cm respectively, which identified 10 percent of all neonatal and 15 percent of all infant deaths, says Yunhee Kang, PhD ’15, the study’s lead author and an assistant scientist in the Department of International Health at the Bloomberg School.

Cut-offs for other measurements, optimized to detect infants who were most at risk of dying either in the first month of life or throughout infancy, were 2200 grams for weight, 300 grams below the conventional cut-off of 2500 grams for identifying low birth weight, 44.5 cm for length, and 9 cm for mid-upper arm circumference when taken within 72 hours of birth.

The researchers note these measurements should be taken as close to birth as possible because immediate care may improve the survival of infants who are at high risk of dying within the first days of life. When considering the feasibility of implementing a broader array of birth measurements in rural infant care, it should be emphasized that three (head, chest, arm) out of the five measurements in this study were obtained with a simple, inexpensive tape measure.

“This study conveys a few simple messages for primary health care workers to save lives of home-born infants in rural South Asia,” says Keith West, DrPH, senior author and professor in the Department of International Health. “Reach newborns as quickly as possible to deliver essential care, and always carry a basic tape measure to perform newborn measurements, providing special care for babies whose chest and head circumferences are below 28.5 cm and 31 cm.” 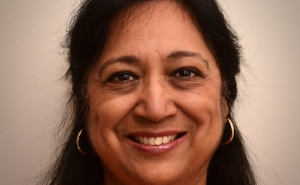 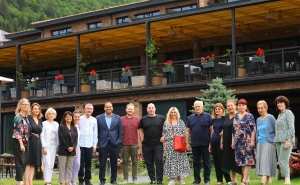 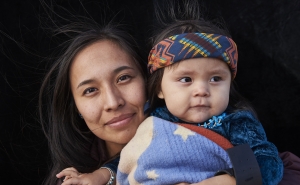