​​The recent Supreme Court ruling limiting the Environmental Protection Agency's ability to mandate carbon emissions reductions is a setback but not game over for fighting climate change.

In this Q&A, adapted from the July 29 episode of Public Health On Call, former environmental official Tom Burke, PhD, talks with Stephanie Desmon about the West Virginia v. EPA ruling, and about this “perfect-storm” moment of extreme weather, a war that’s jacked up oil prices, and a lack of political will to face climate change. They also discuss some reasons to be hopeful and what can be done right now to adapt and innovate for a better future.

What can be done by President Biden to keep us from going off of a climate cliff?

There's a call for President Biden to declare a climate emergency so that he can use emergency powers, for instance, to regulate emissions from oil and gas drilling or take some other measures. That may be a step in the right direction, but that's not going to get us to the kind of solutions we want.

How do we get to the solutions we want?

The Supreme Court’s decision does not end the powers of the EPA. The EPA still has a toolbox to regulate plants, look at other pollutants, and hopefully provide incentives. The lawsuit pulls in the power of the EPA to take on big systemic problems with things like our power grid and forbids them from pushing forms of energy generation.

With budget challenges coupled with the actions of Senator Manchin and the entire Republican Senate, we really are stymied in terms of some very positive things, like incentivizing electric vehicles.

What are the big three in greenhouse gas emissions?

I think what President Biden would like to do is continue the movement toward sustainable sources of energy. As an environmentalist, as somebody so closely involved in this, the real gut-wrenching thing is this [ruling] just puts the brakes on things that were moving in such a positive direction with renewable energy—solar, wind, and electric vehicles.

My good colleague, Gina McCarthy, who worked with me at the EPA and was the presidential climate adviser, had a great vision—as did President Biden—for really changing the way we generate energy. But more than that, providing a real economic boost to the country.

So many things got in the way, not to mention the global scarcity of oil and the huge inflation challenge that we have now. But states can still be leaders.

There's still a lot of hope and there's a lot of hype right now. We in the public health community have to have a voice. Our kids are suffering. We see the health effects right away. Every day in the E.R., you can see kids with exacerbated childhood asthma. You can see the elderly with heatstroke. It's really very dangerous right now. We are at the height of a global heat wave.

How does the Supreme Court ruling limit the [EPA’s] authority?

It's interpreted as saying the EPA cannot regulate greenhouse gases, but the Clean Power Plan, which had already been stayed, incentivized to switch to alternative forms of energy. Market forces combined with the inevitability of regulation of greenhouse gases led the power industry to understand what was coming.

More than 290 coal-burning power plants—including some right here in our neighborhood in Baltimore—have shut down or shifted to natural gas. Things are moving in the right direction. But this [ruling] limits the ability of the EPA to regulate power plants for greenhouse gas emissions and to push the shift to renewable energy. It does not eliminate the powers of the Clean Air Act to protect our health and to set standards for clean air.

The EPA still has potent weaponry to really drill down on coal-burning power plants because they, in addition to carbon dioxide and greenhouse gases, emit a lot of mercury and arsenic. Just the coal ash alone has been a national tragedy with the disposal of coal ash contaminating groundwater and waterways throughout the country.

There's no doubt the arsenal to fight against climate change has been hurt. It's been hurt by the Supreme Court, it's been hurt by inflation, it’s been hurt by the absolute stasis in the Senate over budget. Some things that scare me are, that if you can’t have incentives, for instance, subsidies for electric vehicles, they become unaffordable and the American public, the world's population, loses. The larger American public is very concerned about climate change and they want something done. However, they also know that gas was recently $5 a gallon and inflation is just going crazy every time I go to the grocery store.

Why do you feel hopeful and what can actually be done today?

As we face the midterm election, we have to make choices. We have to have mandates from Congress, we have to be able to unify as a country. The public has to speak out and say ‘This is really important, and it's so important that we're going to elect officials that are listening to us.’

There are two big parts of climate change. One is adaptation. The beaches are near and dear to me and they're disappearing. With extreme events, our coastlines are really in jeopardy.

You don't have to tell people on the coast that things are changing, but we have to really put that in perspective. We have to make smart choices about protecting our populations from hurricanes like Sandy and Katrina. But even with the gradual rise in sea level and extreme climate events, we have to deal with understanding vulnerable populations like our kids with asthma.

We can do that on a very local level from the schools, through parents, and through community and civic approaches. We can also work with our state legislatures to take a look at greenhouse gases to see how we might reduce fracking, emissions from oil and gas exploration, the expansion of industries that pump so many greenhouse gases into the air, and then enforce the laws we have.

Our enforcement of environmental protection is terrible on the state level because of the lack of resources. On the national level, we can go after this. We as a people can be more committed to making change and making sure we have representation that really looks out for our environment and our health.

There is a bright future for renewable energy and for reducing emissions. We're in a tough spot right now, there's no doubt about it. But there are ways, through strong representation, through innovation, that we can see our way out of this. 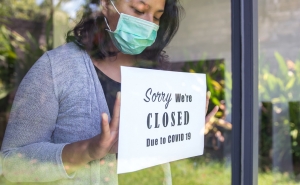