A new study conducted by faculty in the Johns Hopkins Bloomberg School of Public Health examined how gender power dynamics—the role gender plays in affecting the distribution of power in a given environment or relationship—influenced the implementation of the Global Polio Eradication Initiative (GPEI) across global, national, subnational, and front-line levels in seven countries: Afghanistan, Bangladesh, Democratic Republic of the Congo, Ethiopia, India, Indonesia, and Nigeria. The study found that gender power dynamics played an important role at home and in the community, in the workplace, and in the GPEI organization itself. The impacts in these areas affected the successful execution of the GPEI’s aim to eradicate polio through vaccination.

Key findings regarding the role that gender played in the GPEI include:

The study was conducted by the Synthesis and Translation of Research and Innovations from Polio Eradication (STRIPE) project, which seeks to map, synthesize, and disseminate knowledge and lessons learned from the global polio eradication effort. The key findings from this study demonstrate the important role that gender power relations play in the success of global health programs. Without careful consideration of gender, global health programs may fail to meet their required targets or further reinforce gender inequality.

The STRIPE project is funded by the Bill & Melinda Gates Foundation. For more information on study design, key findings, and recommendations going forward, read The influence of gender dynamics on polio eradication efforts at the community, workplace, and organizational level, which was published in Global Health Research and Policy on June 29, 2021. 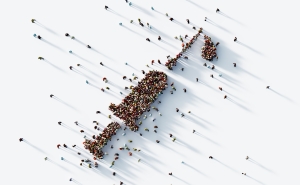