Even with vaccination rates on the rise, testing remains a valuable tool to track variants and stem outbreaks.

As vaccinations outpace new COVID-19 infections in the U.S., testing’s role in containing the virus has shifted and become more focused. With vaccines now authorized for people ages 12 and up, says Center for Health Security senior scholar Gigi Gronvall, schools are likely to become central to the nation’s testing efforts.

In this Q&A, adapted from the May 20 episode of Public Health On Call, Gronvall discusses testing options, resources for those who may need to run testing programs, and why you don’t need to test yourself for antibodies.

I would like to talk today about the COVID Testing Toolkit that you and your colleagues created. Could you walk us through that?

Sure. The COVID-19 Testing Toolkit grew out of work [the Center for Health Security] has been doing since the beginning of the pandemic, to provide information about the various diagnostic and antibody tests that are available and how accurate they are. We wanted to offer a reliable resource for all this information.

We also wanted to give people the chance to hear from others who’ve been there and implemented testing. We have had two webinars on in-school testing, one by Ginkgo Bioworks and one by Becton Dickinson, which have been implementing their testing strategies in different schools. Gingko is doing [testing for] Baltimore City Public Schools, for example. The presenters fielded questions from parents and educators about how it works, what the reliability is, how frequent the testing is, and some of the practical issues involved.

Another webinar featured people involved in producing the HBO series The Flight Attendant, who shared how they managed to do testing and keep their actors safe. And we’ve got plans for other webinars as well for how businesses can use testing.

Do you think businesses are going to start requiring testing as people move back into the workplace?

It depends on the workplace. The presence of vaccines definitely changes the game when it comes to testing. I think testing is going to be more important for schools because it will be a long time before younger kids can be vaccinated.

The Biden administration gave $10 billion to fund school testing, so I expect that schools will use some of that money to explore different testing strategies. Different schools have been doing different things—some do once a week, some do twice a week, some are concentrating on their athletics. It’s a kind of a patchwork, depending on where you are.

We heard during the webinars that some of the little kids sing special songs about testing. They can do the nasal swab, and they all put their Q-tips in one pooled container. Pool testing keeps the costs way down and makes it affordable. That’s the approach Baltimore City is taking.

How does pool testing work?

All the students swab their noses and put their samples together, and that pooled sample is tested for COVID. If the sample is positive, that means somebody in the class is positive, and then you move to testing individuals to see who it is. It saves a lot of money [versus testing everyone individually].

Testing numbers in general are down. Why is that?

Over the last several months, we haven’t had as much data as we would like. This is a problem when you’re trying to look for variants of concern.

A lot of people have stopped initiating testing for themselves, and the resources for testing have in many cases been diverted to vaccination. And I think people are just a little tired of it, unfortunately. Hopefully, all this vaccination will help so that testing isn’t quite as necessary.

But that’s a big reason why school testing is going to be a bigger part of testing efforts nationwide.

My son recently had to be tested because of an exposure, and we debated the rapid test versus the one that takes 24 hours or longer. What is the difference?

PCR tests are the ones that have to be done in the lab and take 24 hours to get the results back. That test has an amplification step, so it can find small amounts of virus in somebody’s nose. That means you can detect the infection a little bit earlier on.

The other kind of test, the rapid antigen test, requires a lot of virus to see a positive result because there is no amplification step. The good part about that is that if you test positive in this fast test, then you know you really should not be around other people. You are infectious, and you need to isolate immediately.

So there’s pluses and minuses. You can catch the infection earlier with a PCR test, but you get the immediate actionable result with the rapid antigen test. And honestly, they’ve been shown to be pretty equivalent in lots of different scenarios.

What about in-home testing, which has recently become more available?

It’s now possible for people to buy tests at their local pharmacy. There’s more privacy that way—you don’t have to go to a testing site and can just find out [on your own]. Several different brands will be available soon.

I recently got a test from the pharmacy. It was pretty straightforward; you just need to follow the directions. I would suggest going to the manufacturer website, where they have videos that can walk you through exactly how you take the sample, the drops that you need to put on the card, and then how to interpret the results.

These are rapid antigen tests—you get your results in 20 minutes. And if you test positive with those, you should isolate. You should not be around other people, because you’re probably contagious.

As you recall, diagnostic tests were really slow to get on the scene early in the pandemic. A lot of people got infected, recovered, and then wondered, “Did I have COVID?” The thought was, “Well, if I had COVID, then I’m immune.”

We know a lot more about the virus now, and we know that even if you had COVID, you really should get vaccinated because the vaccine gives you better protection than going through the experience. We’ve been recommending that people not use antibody tests to see if they were infected because it really shouldn’t affect your behavior, especially now that we have vaccines.

But I have been getting some questions from people who are asking, “You know, I’m not sure that the vaccine really worked. I didn’t have side effects, so how do I know?” So they got an antibody test and were horrified to realize that they didn’t have any antibodies. But not all antibody tests are looking for the part of the virus that the vaccine is made from, so all that test was telling that person was that they never had COVID.

None of the tests right now are authorized to determine how well you responded to the vaccine. But the vaccines are really effective. If you indeed took the vaccine, you don’t need a test from your pharmacy to confirm you’re vaccinated.

Gigi Gronvall, PhD, is a senior scholar at the Center for Health Security and an associate professor in Environmental Health and Engineering.

Stephanie Desmon is the co-host of the Public Health On Call podcast. She is the director of public relations and marketing for the Johns Hopkins Center for Communication Programs, the largest center at the Bloomberg School of Public Health.

This conversation is excerpted from the May 20 episode of Public Health On Call. 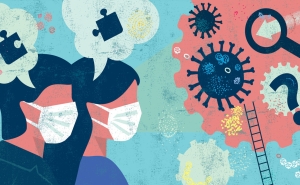 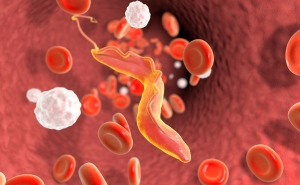 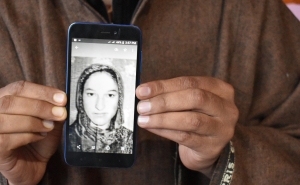 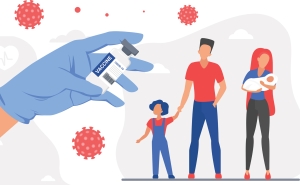